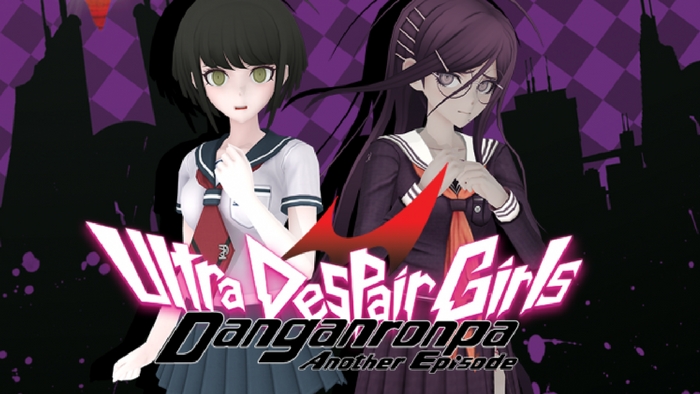 High school was a difficult time, to be sure, but dealing with murder was probably never on the agenda. The Danganronpa series is a twisted window into the world of a band of unfortunate students thrown into a despair-ridden situation: an academy where the only way to escape is slaughtering a classmate and getting away with it.

Danganronpa Another Episode: Ultra Despair Girls is a spinoff of the main Danganronpa games, originally released for the PlayStation Vita back in 2015. It’s been ported to PlayStation 4 now, bringing it to a wider audience than what the handheld could muster, and while it’s every bit of weird and wacky as the Vita iteration, it’s still marred by several issues.

For those familiar with the rest of the Danganronpa series, Ultra Despair Girls may be slightly jarring. The “murder mystery” novel convention is nowhere to be found in this entry, replaced by a third-person shooter-like tale featuring Komaru Naegi, the little sister of Makoto Naegi, the protagonist from the very first Danganronpa.

Like her brother, she initially seems the epitome of “normal,” with her dark brown hair, short stature and unassuming appearance. After being kidnapped during her time in middle school and forced to live in a remote apartment complex, she has since gotten used to her bizarre new life where she’s fed meals three times a day but sees no contact with the outside world.

After bring trapped in the apartment for a year, Komaru finally manages to escape her prison as the city is being overrun by a group with a rather nefarious goal. They’re the Warriors of Hope, and they want to see every adult in the city killed. Pleasant bunch of kids.

Komaru is eventually joined by Toko Fukawa, another character from the first Danganronpa game. Together, Toko and Komaru must fight against what seem like hundreds of Monokuma-like enemies waiting in every nook and cranny of the city without being killed in the process. Though the gameplay is a massive change from what fans of the series have become used to, it still retains its signature sense of humor, plot twists, and unexpected turns in a big way.

Since Ultra Despair Girls opts for a third-person shooter structure, players are thrust into Komaru’s shoes. She wields a gun that looks a lot like a megaphone, armed to the teeth with the same “truth bullets” from the mainline series entries, those they’re literal bullets this time around instead of figurative verbal ammunition used to poke holes in statements. There are various types of said truth bullets with different status effects, such as knockback or “burn,” each with their own pros and cons. Some bullets are meant for use in your environment, as they’ll aid you in seeking out hints and other hidden lore scattered throughout the city.

Exploring the city and shooting everything that moves is essentially the name of the game, and that can and does get old after a while. The camera can be quite fiddly when you’re trying to exterminate several Monokumas at once, and it ultimately feels as though it’s working against you in some smaller, more closed-in areas.

You’ll play as Toko’s alternate personality Genocide Jill as well by calling her in for an extra dose of strength. Jill’s ready to rip enemies to shreds with her deadly pair of scissors instead of shooting at them, and she can be utilized for a limited amount of time.

Unfortunately, even with Toko’s gory scissor runs, Ultra Despair Girls can lose some of its luster after you’ve eliminated wave after wave of enemies time after time. It feels great, but it’s only entertaining for so long until you start to wonder where the rest of the substance the Danganronpa series is known for has gone.

The “MonokuMan Rooms” offer some respite from the dizzying amount of samey environments, however, where Monokuma robots are scattered around a room and you must figure out the order in which to take them out. These are challenging puzzles that break up some of the slog, but they’re few and far between.

Ultimately the most exciting and fulfilling bits are woven into the narrative and plot revelations, which play out in massive chunks at a time by way of cut scenes. In fact, you can just play through the easiest mode in the game where you can play as Genocide Jill and forgo any real challenge, breezing through combat to get to the most revelatory scenes in the game.

Danganronpa: Ultra Despair Girls offers an exciting and decidedly chilling story for fans who have followed the series since its inception, with callbacks to the original game and important revelations those in touch with the games won’t want to miss. Unfortunately for newcomers or those who aren’t as in tune with Danganronpa, there’s not much here to convert anyone. With camera issues and repetitive gameplay, you’d be better served going back to basics. If you’re interested in Toko’s exploits or the Naegi siblings it’s best to go back and start with Danganronpa 1.2 Reload or play through the games in their release order with their original iterations. This one’s for fans only.