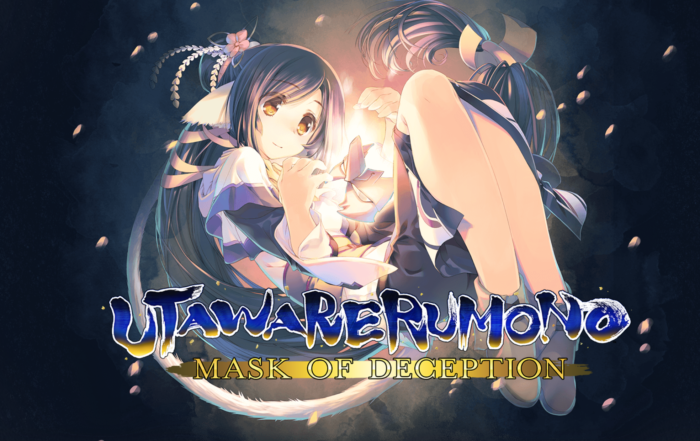 Utawarerumono: Mask of Deception on PS4

Visual novels are a unique style of video games that often present players with a beautifully crafted story, a dynamic cast of characters, and stunning art direction that easily draws its audience deeper and deeper into the story unfolding before them. More than any other genre, it’s absolutely necessary for visual novels to create a gaming experience that is anchored by an enchanting narrative that’s being driven forward by characters that feel relatable and likable. Utawarerumono: Mask of Deception makes a valiant effort to check off all these boxes but ultimately stumbles over itself along the way. The visual novel and strategy RPG hybrid is a game that has a lot of potential and notable successes that are too often being hidden in the shadows of the game’s many unfortunate missteps.

More than a year after its initial release in Japan, Utawarerumono: Mask of Deception’s colorful cast of characters and plot-twist filled narrative have finally arrived in the U.S. and Europe. While the game is a visual novel at heart, it also includes RPG elements that play into the occasional breaks from the usual visual novel format to make room for some turn-based combat. Keep in mind, however, that these battles don’t occur very often. In some cases, an entire chapter may only contain one opportunity to explore the game’s battle mode, which is unfortunate considering how solid the combat system really is.

The objective for each battle varies depending on what is currently unfolding in the game’s story. While some battles may require you to lure enemies into a trap, others may require you to take down an entire group of foes or just focus on a powerful leader. Where the combat system truly succeeds, is in its demand for an actual strategy. There are plenty of games with similar combat systems as Utawarerumono that don’t actually require players to have to think ahead and consider a variety of different elements in order to attain victory. In this game, you’ll need to take into account elemental bonuses, equipped items, a variety of different character skills and your zeal meter while also making sure that your strategy is tailored to best accomplish the given objective. Some battles may encourage a more offensive strategy while other objectives will punish overly aggressive players who allow their defensive strategies to fall to the wayside. It’s an incredibly fun element that helps break up the feeling of dialogue fatigue during a visual novel that doesn’t give players a lot of different choices to make throughout the story.

This is precisely why Utawarerumono could have benefited from more battles. Unlike many visual novels that still call for player interaction in the way of making decisions of what to say or where to go, Utawarerumono doesn’t offer such opportunities in a meaningful way. There are a few times when players will be able to select which area they want to travel to next but this has no impact on the game’s story whatsoever and just ends up feeling like the game’s way of asking you if you’re still there. With a battle mode as successful as this one, it’s a shame that this mode isn’t used more to allow for more player interaction with the story. While the game’s battle mode seems to be an underutilized gem, the adventure mode is a strange phenomenon that left me with a host of mixed feelings about the game overall. This is where the overall narrative and storytelling devices matter most because players will be doing little more than tapping X or allowing the scenes to play through on an auto mode.

The journey starts with an amnesiac protagonist waking up in the middle of a cold forest in nothing more than a hospital gown. With the help of a mysterious woman by the name of Kuon, he is eventually whisked away to safety and embarks on an odd journey that is about as unpredictable as it can possibly get. His rescuer soon takes him in under her care and assigns him a new name—Haku. As a protagonist, Haku is a bit underwhelming and seems to go with the flow in a way that feels incredibly unrealistic. In fact, the entire journey gets its jump start from the simple fact that Haku doesn’t find it necessary to hurl a barrage of questions at his rescuer even after he woke up nearly naked in the middle of a snow-covered forest and was almost killed by two creatures he had never seen before in his life. So instead, he simply follows his rescuer along no matter how bizarre the adventure gets. It eventually just starts to feel like Haku’s memory lapse is more of a tool of convenience for Atlus than it is something that plays a part of the story. While this ultimately isn’t true, it’s still troubling that the game allows this key element of the story to wither away in the background while constantly missing opportunities to make Haku feel like more than just a nonchalant stray who happened to also be a miraculously great strategist in times of need.

Haku’s own shortcomings as a main character are ultimately balanced out with the help of many side characters that decide to join his journey as the game progresses. The interactions between the quirky bunch are incredibly amusing and allow for some comedic relief throughout the story. From mysterious thieves to young royals, Haku’s group of mostly female companions are diverse in personality and actually have the potential to be an eccentric collection of relatable heroines. Instead they spend most of their time being examined by Haku who seems to be overly concerned with the physical appearance of all his new allies. At one point, he even expresses his disappointment in the size of his rescuer’s breasts.

Seriously, this is one game that really went out of its way to earn its Mature rating. Every corner of the game is packed with sexual themes that feel forced and unnecessary. Villains are constantly wanting to have their way with female characters and even the “good guys” spend time indulging the female characters that have particularly busty physiques. By the time the game introduces sex slaves to the plot, it all starts to get incredibly overwhelming in a way that isn’t even necessary for the story to move forward. In fact, the plot often has to take unnecessary diversions in order to fit in suggestive scenes as if there was a quota for sexual confrontations that wasn’t originally satisfied upon the game’s completion the first time around.

Even a misstep as great as this still had the potential to be forgiven, however, if the game at least made the heroines feel like fully developed characters who were simply dealing with a sex crazed society around them. That’s far from the case. While the interactions between characters are entertaining enough, all the characters feel flat and fail to evolve over time. Who a character seems to be when you first meet them is who they will still be even at the game’s conclusion, with the exception of a select few characters who have dramatic reveals and shocking secrets up their sleeves. It’s a rare situation where the plot is interesting enough to leave you wanting to know more but the characters remain so one-note at times that it becomes difficult to become invested in them on a personal level. The potential that the characters had to be just as relatable as they are entertaining is squandered as the narrative turns the group into your typical harem packed with one overused trope after the next.

If you can manage to sit through some of the awkward scenes that shamelessly hint at incestuous desires, constantly feature women as pieces of meat available for bandits to take advantage of, or unnecessarily take note of a female’s physical appearance, the rest of the story is actually rather interesting—and that is the real shame. The overarching plot does a fantastic job of building up to what will likely be an intense conclusion in the upcoming Utawarerumono: Mask of Truth, but there are simply so many elements in the story that effortlessly detract from that. The lack of player choice to keep players feeling engaged makes it easy to drift off and skim past key details of the story. Certain filler scenes drag on entirely too long without adding any new substance to the narrative. The game’s art direction feels disappointing as the “visual” aspect of the experience isn’t utilized much despite the fact that the game features an enjoyable soundtrack. It’s a case of a wonderful story struggling to shine through a pile of flawed storytelling techniques and excessive suggestive themes.

With all that being said, it’s only fair to note that Utawarerumono: Mask of Deception is still a story worth exploring. While Haku himself feels flat and unexciting, his journey doesn’t even come close to fitting that same description. Haku’s story is one that will take you down the spiraling path of moral ambiguity all while testing the limits of trust and loyalty. While the narrative certainly has its flaws, at its very foundation, the story arc is fascinating enough to leave you wondering what happens next. The game’s battle mode proves to be an underutilized feature that helps break up what can otherwise feel like an incredibly mundane gaming experience. Overall, how much joy you’ll be able to find in Utawarerumono: Mask of Deception comes down to how patient you are willing to be with the game’s many missteps. If you manage to hang in there and look beyond the ugliness of the misogynistic themes and a cast that errs on the side of okay but falls short of its potential to be great, you will undoubtedly find an enchanting story that’s actually worth your time.