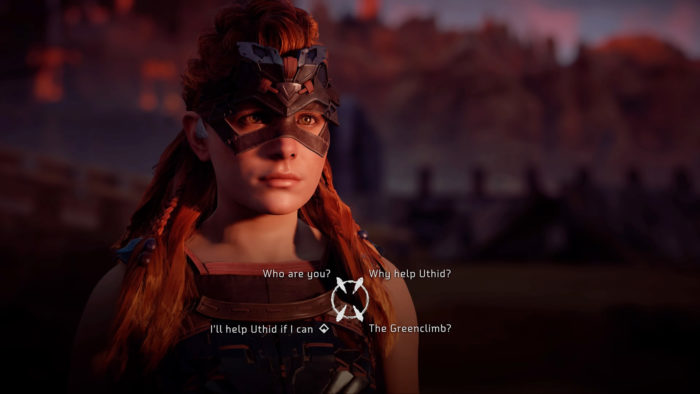 There you are, staring in the face of some sort of mad scientist who has been betrayed by his family or just a crazed psychopath who is out for blood and power—you aren’t really sure. All you know is that this strange man has been held captive in a cold chamber for years, is wearing some strange artifact on his head, and his son is standing on the other side of a bulletproof window peering in at the two of you and hoping that you will listen to the commands he is barking over a loudspeaker. You’re the one with the arsenal of powerful weapons and armor that both of these men will have a difficult time penetrating. You are the one in control as one stranger begs you to free him of this grim chamber and the other insists that setting him free will end in nothing but pure devastation and destruction. You get to decide whose blood will be left on the walls and whose pockets you’ll be looting at the end of it all.

This is the scenario you find yourself in once you come across the Cabot family in Fallout 4. Getting tangled up in this rather snooty group’s family affairs will leave you playing a bit of the Grim Reaper role as you decide if it’s Lorenzo or the rest of his family who deserve to die. The game clearly plays up all the severed family ties and makes you feel like you are in a major position of power when it comes to deciding who will be allowed to roam the Commonwealth. It’s the same power you’re supposed to feel coursing through you as you explore the remainder of this dilapidated world and continue to make key decisions every step of the way… and yet as gamers, we know it’s all a bunch of crap.

Whether we send a bullet flying through Lorenzo’s skull and perform a German clog dance on top of his artifact or lead him back to his old home in order to seek revenge on his family doesn’t really matter. As vast and captivating as it may be, you are in the middle of a prefabricated world with limited decisions and finite possibilities.

The illusion of player choice is a well-discussed topic in modern gaming and one that served as a backbone for 2K Games’ BioShock series, which brilliantly pointed out that even when a gamer believes they are blazing their own unique path with the choices they’ve made, they are never actually the ones in control. But much like our choices within these games, that doesn’t really matter. While a game that offers a truly limitless universe filled with an unfathomable amount of possibilities would be intriguing, the joy of player choice doesn’t actually come from the necessity of a different outcome. It comes from the decisions themselves and the moment in time when you are faced with a choice that makes you ponder your own moral compass.

A key part of any game developer’s job is to find a way to make every player feel completely immersed in the world they have created for them. There is perhaps no better tool to achieve this than player choice, which is why it’s still considered a dire necessity when it comes to nonlinear gaming.

The player choice illusion fails to make the gaming experience truly unique for each player but it usually succeeds at making the experience personal. Even a game like Horizon Zero Dawn, which made it pretty evident that the options on the dialogue wheels wouldn’t actually change a thing, still benefited from the faux promise of player choice. Guerrilla Games was never going to let us actually pelt that little Nora brat with rocks, but presenting players with the option to do so allows them to slip deeper into the emotions that a young Aloy must have been dealing with at the time. At this point, despite being extremely early in the game, players already know quite a bit about Aloy. We already know she was an outsider. We already know the Nora were treating her poorly because of it. We already know that Aloy’s life wouldn’t be an easy one. We knew all of this, but it wasn’t until players were given the option to decide how Aloy should react to a bratty group of Nora children that you really begin to empathize with the soon-to-be machine slayer.

That is perhaps the best part of the player’s choice illusion—convincing you that the decisions you make are about you in the first place. They’re often not. At the very most, giving players an allotted amount of freedom within a game may allow them to alter their play styles in certain situations. We see this in the Dishonored series where you can choose to be a master of stealth creeping in the shadows, or a bold, cold-blooded assassin who doesn’t care who is watching. You can control how to play the game in these instances but you can’t control how things unfold around you. That’s because player freedom ends where character authenticity and world-building begins. The intent is rarely for you to see how you would react in alternate universes. It is, instead, to force you to imagine how the Lone Survivor, Aloy, Emily, Corvo or Jack would deal with their newfound realities. Most people would never imagine harvesting the Little Sisters for personal gain but, hey, sometimes Jack’s got to do what Jack’s got to do.

The power of the player choice illusion is that it doesn’t usually feel like a falsity within the game. Even with the knowledge that the vastest open world experience has defined parameters and limited freedom, countless gamers still buy into the notion that their choices matter—despite the fact that they know it’s not true. It’s no different from any other illusion crafted for the sake of pure entertainment. At this point, we all know Criss Angel isn’t actually levitating all over the Vegas Strip, but that doesn’t make the act any less entertaining to witness and be a part of. Player choice is nothing more than the levitation trick of the gaming world. Even if we can’t actually levitate or decide our fate. The journey feels all the more special if we are thoroughly convinced that maybe, just maybe, we really can.