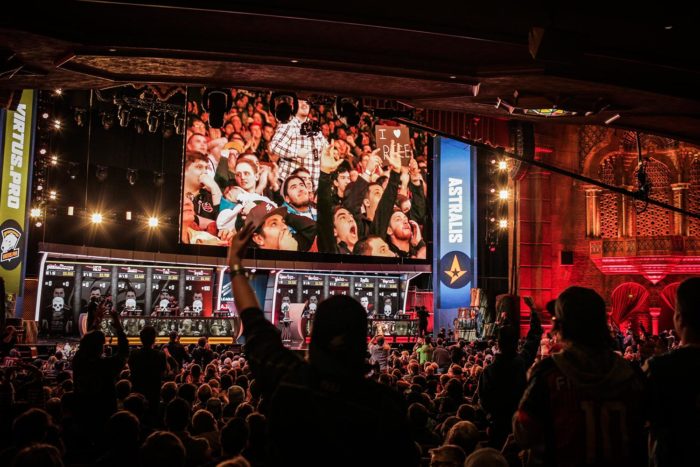 CS:GO teams Virtus.pro and Astralis are gearing up for the rematch of a lifetime on the ELEAGUE stage where they will battle it out for a whopping $250,000. That’s no prize pool either. On June 16 the teams will meet again for a winner-take-all battle to truly determine who is the rightful CS:GO champ.

Back in January records were shattered, hopes were crushed and a packed Fox Theatre was left in utter amazement as the CS:GO underdogs Astralis snatched victory away from the clutches of Virtus.pro during the ELEAGUE Major. Nobody doubted how talented the Astralis team was but their track record seemed feeble compared to the well-oiled CS:GO veterans sitting on the opposite side of the stage. At the time, Virtus.Pro had already emerged victorious in front of a crowd this massive but Astralis hadn’t yet held up this kind of trophy in front of this kind of audience under this kind of pressure.

Needless to say, that all changed.

The initial showdown was so captivating and downright shocking that it caused a surge in views on Twitch, allowing ELEAGUE to obliterate the previous record for the most concurrent streams on one channel and reach more than 3.6 million viewers on TBS. It was nothing short of a historical moment for CS:GO fans across the globe.

Now the comeback kids of Astralis are hoping to do it all again and quiet any existing chatter that even remotely suggests they weren’t the rightful victors of the ELEAGUE Majors. The incredibly high stakes rematch has been deemed the Clash for Cash but it’s far more likely that the teams will be heavily focused on earning the glory as well.

For anyone who missed the dramatic finals earlier this year, TBS was kind of enough to recap all the drama in a video that does an exceptional of job of recreating the energy that filled the Fox Theatre that day.