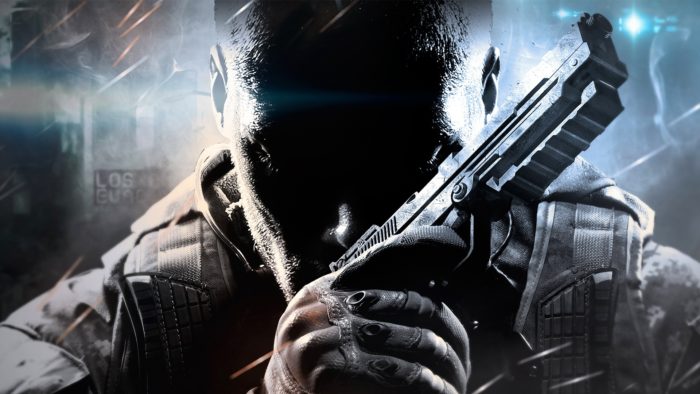 Today, Microsoft revealed another game for the Xbox One. Those who own the console know that that’s a cause for celebration since the offerings have consisted of slim-pickings for the past few months. So, when Phil Spencer tweeted out the following:

Today is going to be a fun day.

It sparked a bit of hope in the hearts of all us Xbox fans. Cryptic tweets like that are usually followed by some insight into the highly-anticipated Project Scorpio’s progress, or some other project that we’ve all been waiting on. Plus, it was coming straight from the head of the Xbox division, so you just knew it was going to be something good.

However, just a few short minutes later, we got a different tweet:

Call of Duty: Black Ops II is coming to Xbox One Backward Compatibility today and is on sale in the Spring Sale https://t.co/qPMRNrLoTQ pic.twitter.com/rfWNKnfoUU

A new game was added to the Xbox One’s backwards compatibility library and it’s Call of Duty: Black Ops II. Don’t get me wrong, that is exciting as it’s been one of the most requested games to be added to the program pretty much since its inception. However, it’s really difficult to find oneself over the moon about an old game while dealing with the Xbox One’s current predicaments.

Before I get into this, I just need to say that there is a chance that the two tweets are just coincidental. Phil Spencer may very well be excited about something else today such as a new game he’s trying out on the Scorpio, a secret software project, or perhaps even a child’s softball game. We don’t know. However, his optimism for the day followed shortly by this announcement does seem a little too coincidental.

If you’ve been following Microsoft and its current home console for the last few months, you may have noticed that outside of a few multiplatform titles, there really hasn’t been many worthwhile experiences on the platform. On top of that, several of those multiplatform games have bonus content or extra features on other platforms such as Sony’s PS4. The Xbox One exclusive well has been suffering a severe drought, and the upcoming games that many have been looking forward to have remained in virtual silence, with many fans (present company included) hoping to hear something – anything really – about them at E3. While yes, the Xbox One is going to be relatively fine in the future, its current state has been less than inspiring.

It’s clear why Black Ops II would be big news. Call of Duty is a huge franchise and one that really helped the Xbox brand as a whole build a solid foundation. The console was popularized thanks to its variety of shooters, and when Call of Duty became the biggest franchise in gaming, many associated it with the Xbox 360. Black Ops II, in particular, was one of the last really good entries in the series (not to say that its successors sucked or anything), with its take on mobility, reinvention of the Zombies mode, and engaging campaign. When it became one of the most requested games for backwards compatibility, nobody batted an eyelash. Heck, you can hate the series as a whole and still understand why it’s in such high demand.

However, while it may be requested left and right, there’s one thing requested even more: new games. This has been a tough first quarter for the green machine as the PS4 has received one critically-acclaimed exclusive after another and Nintendo launched a console alongside what is being touted as possibly one of the greatest games ever made. Granted, Microsoft is its own company and doesn’t need to follow suit. We commend them for sticking to their guns for the most part. But a console is only as good as its games, and watching others enjoy shiny new experiences fairly regularly makes it quite difficult to stick around.

I can’t help but feel like Black Ops II finally making its way to the Xbox One is just a means to placate the frustrated masses. Microsoft is clearly listening, or else we wouldn’t have gotten this new addition in the first place. But what exactly are they listening to? Surely they must have heard the mountains of requests for them to step up their exclusive library. Most people aren’t even asking to be surprised anymore and are content with just finally getting the games we saw back in 2015. Crackdown 3 news would be beyond exciting right now, and Cuphead will give us a new indie darling to fawn over. Remember what Ori and the Blind Forest did for Xbox? Cuphead could easily do the same. Of course, brand-new, never before heard of games would be even better.

It’s exceedingly difficult to become excited about an old game when there’s nothing really new to fill in the gaps outside of games you can get anywhere else (sometimes in better form). It’s also concerning to see that it would come across as a priority when there are clearly bigger fish to fry.

Hopefully, all the things going on behind closed doors at Microsoft will indicate that they are aware that new games are what’s really desired by the fans and those who decided to put the Xbox 360 behind them. Again, for all we know, Phil Spencer could be happy about something else, and we hope that’s the case. With the heavy focus on Project Scorpio, it sometimes feels like the current iteration of the console is an afterthought, and that’s not a good feeling after spending your hard-earned cash on a machine.

Just know, Microsoft, that if you really want to get us fans excited again, like we were when the Xbox One first released, break out the new goodies.