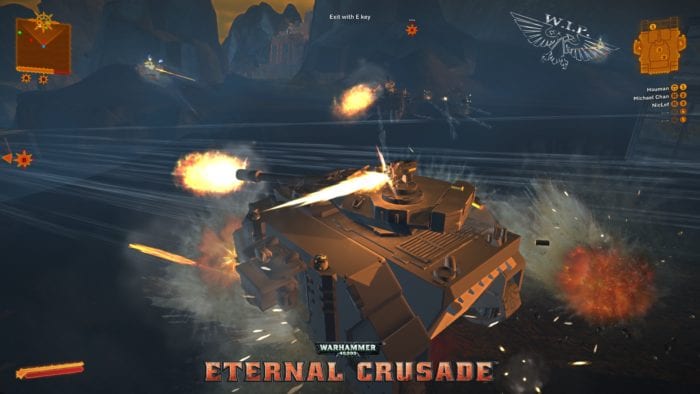 Behaviour Digital has announced that Warhammer 40,000: Eternal Crusade is going free-to-play, and it is available right now for players to jump in.

Stephen Mulrooney, senior vice president of publishing at Behaviour Digital, said in a press release, “In addition to the regular free updates and expansions – we believe we can achieve both the goal of reaching a broader audience, and provide options for how you want to play Eternal Crusade.”

Since its launch last year, the game has been updated with the following additions and improvements:

The free-to-play version of Eternal Crusade comes with all but one of the factions available, and there are more buying options on top of the standard free version:

Free Version – 4 of the 5 available classes, normal character progression. Purchasing a total of 20,000 in game credits will also upgrade your account. Your extra progression will be unleashed when you upgrade.

Imperium Edition – Full game with 20,000 Rogue Trader Credits and 4 packs of weapons and armor (one pack for each faction). Progression is 3 times faster.

Eternal Crusade was a game with its fair share of problems; going free-to-play is a good way for Behaviour Digital to bite the bullet, and capitalize on a dim initial reception.