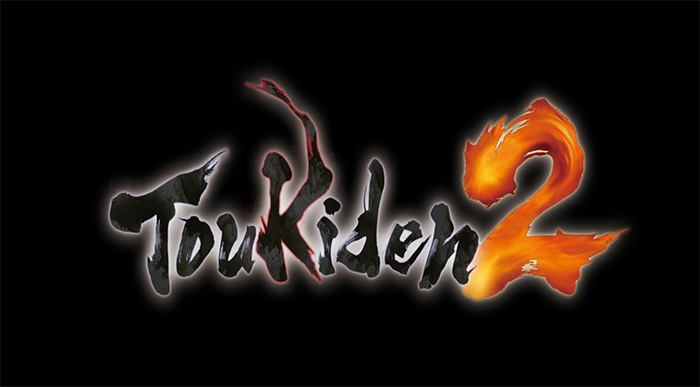 Since the release of the first Toukiden game, the series has drawn tons of comparisons to the Monster Hunter series. Some even go so far as to say that Toukiden has stolen much from Capcom’s fantastical big-game-hunting series, and it’s not entirely without reason. The similarities are there, but Toukiden 2 certainly sets out to make a name for itself regardless. Building on the earlier games’ action-oriented take on slaying huge beasts, Toukiden 2 also seems to address some of the concerns players have voiced in the time since the release of the two preceding titles.

Much like Monster Hunter, Toukiden puts players in the role of their own unique character as they travel the land and hunt down larger and more dangerous beasts, using the materials from slain foes to build on their own weapons and armor. Toukiden 2 brings in a variety of new features and changes, creating a unique feel that sets it apart from simply being a clone of Capcom’s successful franchise. The game features an open world, and your Slayer is now able to roam pretty freely though it depends on progression into the game’s more in-depth story. 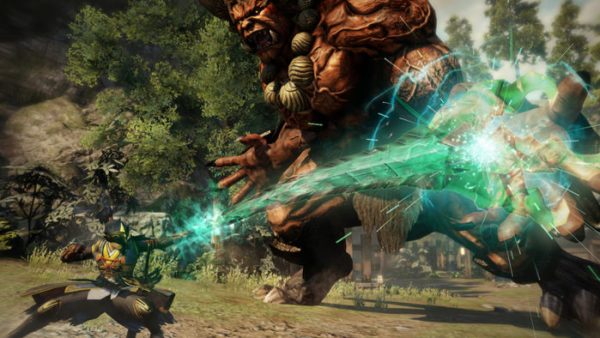 The game opens with the Awakening — the arrival of destructive, massive beasts known as Oni into the world, bent on destroying humanity. Our hero is one of the Slayers, those charged with keeping the Oni at bay. Having worked in secret for thousands of years to defend their world, the Slayers find themselves drawn into a very public front-line battle against the Oni pouring out of huge holes in reality itself. When Slayer forces are crushed almost entirely at the Defense of Yokohama, our hero is pulled through a mysterious gate, awakening outside Mahoroba Village fifteen years later and with no other memory to speak of.

Your Slayer is soon put to work destroying the Oni that surround the village, protected only by a magical barrier held in place by the young Sacred Shrine Maiden, Kaguya. Internal strife between two factions inside the village have been boiling over, but the threat from outside remains the principal concern. Along with a lengthy list of available supporting characters, your Slayer will travel out into the forests around Mahoroba, venture into the Otherworld, and much more as they explore and defend the land against the ever-present threats.

Most of Toukiden 2 is, of course, all about slaying Oni. This means you’ll be in the field more often than not, whether in pursuit of the next piece of the game’s extensive story, free-roam hunting for crafting materials, or taking on side quests to aid the villagers who’ve welcomed you into their lives. While most story missions will set your team for you, Slayers who choose to leave the village will have the chance to construct their own crew from the other Slayers you’ve met and worked with along the way so far. 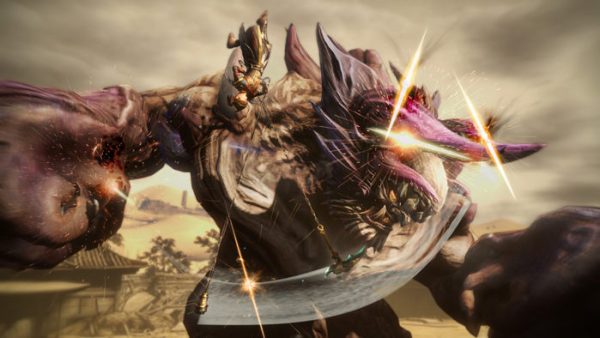 Speaking of your companions, Toukiden 2’s ally AI is pretty well-oiled. You’re able to provide basic direction to your crew, one by one or as a group, but for the most part they’re pretty competent assistants. This is especially important when dealing with the game’s most prominent foes — the giant Oni that tower over you and your friends. During these confrontations, your companions will work to target enemy weak points, heal you or your other teammates, and make good use of their own abilities to keep the battle going in your favor.

When not in the field, Slayers can do a number of things around the village to help keep their chances of success high. The local restaurant’s food offers useful boosts, while a dip in the local bath can provide some protection from the Miasma that hangs like fog in the dangerous areas of the Otherworld. The village also offers a shop, a blacksmith, and plenty of folks who are more than happy to provide uninspiring quotes or send Slayers off on side missions to aid them in some way; those who have a quest to give are, thankfully, marked — so there’s little time wasted speaking to anyone without something to say.

The story drives much of my experience with Toukiden 2. Centered around the division between “Insiders,” or the Slayers who lived within Slayer villages prior to the Awakening, and “Outsiders” who had previously been a part of the mundane world, the story includes a broad cast of characters returning from previous games as well as a solid handful of new faces. The squabbles between these two factions do take a backseat to more imminent threats, though, and your Slayer’s quest to uncover his or her memories from their life before the Awakening is there as well. 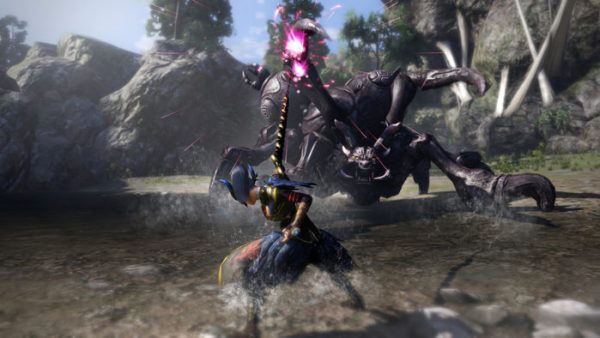 Also returning from the last two games are a wide cast of Mitama — the souls of legendary warriors and others who provide power to the Slayers. Players can collect new Mitama by completing story missions, slaying large Oni, or completing specific quests out in the world. The Mitama you’ve equipped become an integral part of play, determining your Skills and numerous passive boosts that provide an edge on the field. You’ll want to be sure you’re matching up the Mitama you’ve equipped with both your other Mitama and your weapon to ensure you’re getting the most out of your overall setup to ensure victory.

The most interesting and innovative new feature in Toukiden 2 is the Demon Hand. The invention of Mahoroba’s Machina-obsessed Professor, this device allows Slayers to grab on to scenery for quick movement around the field or to snag Oni to zip into attack range. You’re also able to perform the powerful Oni Burial move under certain conditions, instantly destroying a large Oni’s body part with one massive blow. Use of the Demon Hand is vital to victory against particularly powerful or airborn Oni as it allows players to quickly close distance and get into a striking position, and specific targeting allows you to focus your efforts during the fight.

My gripes about Toukiden 2 are few, but they may be enough to put off some players. Firstly, while the game is much more action-oriented than the Monster Hunter series from which it draws inspiration, it’s lacking some of the finer details. There’s no environmental effects from weather or similar conditions, no need to keep your Slayer well-fed out in the field, and much less resource-gathering for materials. The bigger pitfall is the game’s overall difficulty, which fails to present an especially challenging experience against even the most powerful of the Oni you’ll face. Sure, it’s possible to get knocked out, but unless you’re traveling without any allies to revive you, death is pretty unlikely. Even the Miasma meter, which slowly builds up as you explore the Otherworld, is pretty easy to keep in check if you’re mindful of where you tread. 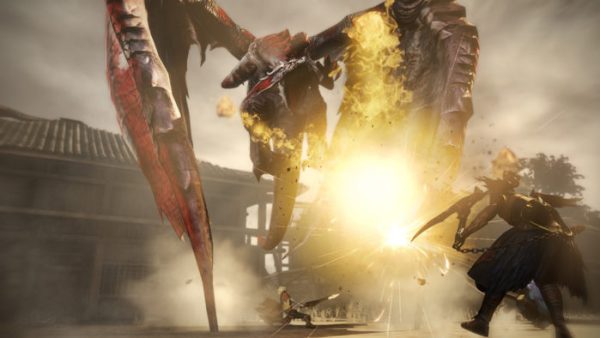 Despite these shortcomings, make no mistake – I had an absolute blast with Toukiden 2. The story feels much more built out and well-written than the prior games, though the script gets a bit stiff in places. The game is filled with traditional Japanese and other Eastern imagery and set pieces, which creates a pretty cool and well-rounded world in which the player’s role is well-defined and easy to grasp. Even if they don’t feel particularly lethal, battling the large Oni is still a ton of fun, and whipping around the battlefield with the Demon Hand and other skills provides a fantastic, action-packed experience in a beautifully rendered world.

All around, Toukiden 2 feels like it takes a lot of what made the earlier games feel a bit flat and fixes it up. New features and open-world exploration set it further apart from the Monster Hunter franchise — not because there’s anything wrong with Monster Hunter, of course, but because it’s important for a game to feel like it’s own unique thing. The action-first gameplay keeps things moving, and allows players to feel truly badass while not worrying too much about other things. Interested parties can pick up Toukiden 2 today on the Playstation Store or your local retailer for both PlayStation 4 and Vita.