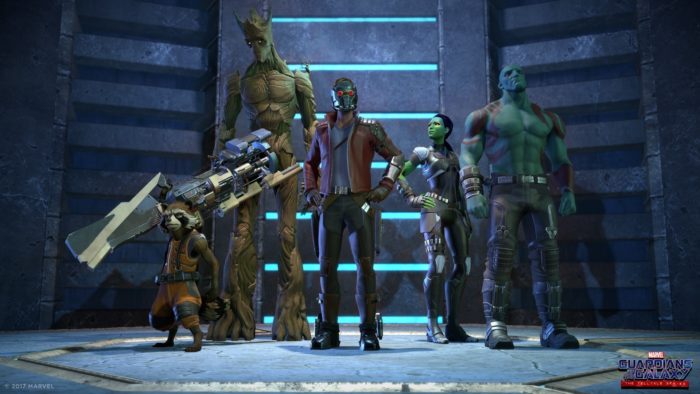 Today, Marvel and Telltale have revealed the voice cast and overall plot for the upcoming episodic Guardians of the Galaxy game. The five-episode series will see the galaxy’s biggest A-holes discovering a powerful alien artifact that each of them ends up wanting for their own personal reasons. To add more trouble into a mix, another party is interested in this artifact, who is the last of her kind.

As far as the voice cast for Telltale’s Guardians of the Galaxy is concerned, Scott Porter from Friday Night Lights and who played Nightwing in Batman: Arkham Knight will play the role of Star-Lord. Gamora will be voiced by Emily O’Brien of Shadow of Mordor fame, while Drax the Destroyer will be voiced by Watch Dogs’ Brandon Paul Eells. Rounding the main cast off are Adam Harris from Wolf Among Us as Groot, and Nolan North as Rocket Raccoon.

Telltale’s Guardians of the Galaxy will come to the consoles, PC, and mobile devices later this year.