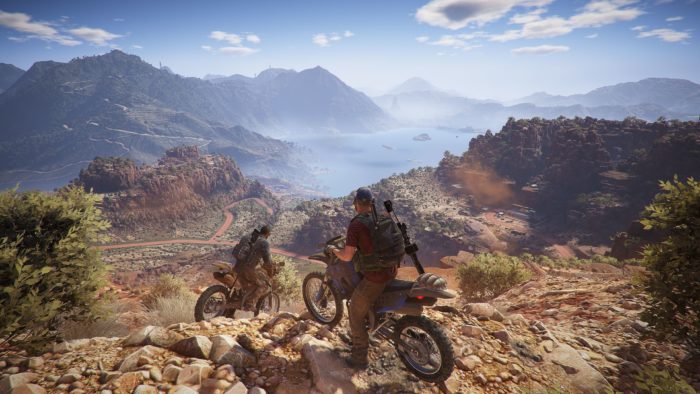 Ubisoft released the second title update for Ghost Recon: Wildlands today on PC, while Xbox One and PlayStation 4 players will have to wait until the morning of March 23 to apply the large patch.

The update fixes a lot of bugs in many aspects of the game and includes PC-specific improvements such as remapping the Home, End, Insert, Delete, Page Up, and Page Down keys for left-handed players. Ubisoft noted the option to turn off the radios by default and choosing the type of vehicle to spawn when using the “Drop Vehicle” rebel skill has been added due to community feedback.

This is the second major patch for Ghost Recon: Wildlands since its day one update, when the game launched in early March. The size of the update is around 5 GB on PC and 3 GB on consoles, and all players must have the same version to play co-op. Check out the full patch notes, written by Ubisoft, below.

MISSIONS/NARRATION
We received reports of some players having issues with certain missions in the game. After investigating the causes, we have implemented fixes so they can now have a smooth experience. We also fixed an XP farming exploit related to the “Rebellion Rising” mission, which created interference with the co-op experience.

USER INTERFACE
We implemented various fixes and tweaks related to trophy and weapon packs unlocking. We also fixed an issue related to the Charactersmith model not being positioned correctly. On top of that, players who love to play with the HUD completely hidden will now be able to select the type of intel they want to collect when they interact with files or NPCs.

CO-OP
We detected some replication issues during cooperative sessions between players. This patch should provide a more consistent experience between Ghosts sharing the same game session.

Corrected various replication issues, such as:

CONNECTIVITY
We detected and fixed some issues that were causing some player disconnections. The experience should be more solid after the patch.

GAMEPLAY
Added fixes and improvements for gameplay-related issues and requests that some players reported.
Players can now select the vehicle they want to spawn when using the “Drop Vehicle” rebel skill.

AUDIO
We implemented some fixes and improvements related to some audio aspects of the game, as well as the option to mute radios for those players who requested it.

GRAPHICS
We focused on fixing various issues in order to provide a solid experience. For stability and performance improvements, see the section below.