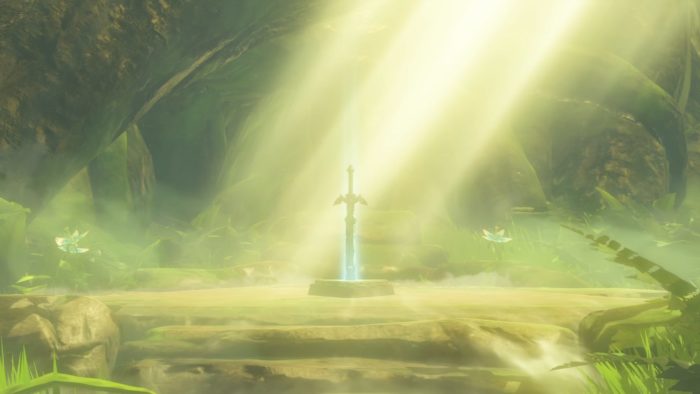 The Legend of Zelda: Breath of the Wild is finally out and it seems like everyone is enjoying Link’s adventure to save Princess Zelda once again. Fans are running around the huge world of Breath of the Wild taking in as much as they can of the lively, breathing environments, exploring and uncovering the secrets of Hyrule.

It seems that a Reddit user by the name of sparkthedarkness, has posted a photo with a full translation of the Sheikah symbols found in the game. According to Polygon, these keys can be found at different places within the game, but sparkthedarkness has compiled all of the symbols together into one handy dandy image.

Using this image, anyone can now translate the Sheikah language into English. If you take a look at the special edition of Breath of the Wild, you will notice that there are indeed some Sheikah symbols on the box which spell out a special message when translated. Reddit user CompC went ahead and translated the symbols which featured the phrase “The Hyrule Fantasy” written in a loop over the box. This just so happens to be the Japanese title of the original Zelda game that came out over 30 years ago.

What is this phrase actually supposed to mean? Who knows? It could just be a nod to the first game in the series or a way to show that Breath of the Wild is meant to be a reimagining of the 1986 title. Whatever the meaning is, I’m sure we can all agree that the fact that this was found just 3 days after launch is staggering. Imagine the things that people will start to find in a few weeks or even months.

Hungry for more Zelda: Breath of the Wild stuff? Take a look at our ever-growing guide with tips, tricks, and neat hints for the game.