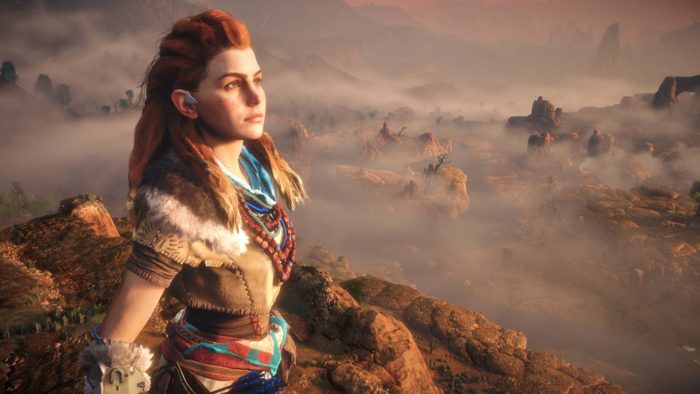 https://twitter.com/CDPROJEKTRED/status/837316575925514241Since Horizon Zero Dawn’s release earlier this week, players (including us!) have become enraptured with protagonist Aloy and her journey through a post-post apocalypse filled with robotic animals. Many game developers and fans have heaped praise onto Guerrilla Games for putting the game out, and one of them has been CD Projekt Red, the developers behind the acclaimed Witcher series. Not only do they love the game, they also drew their hero Geralt giving Aloy an epic high five.

It’s a pretty adorable piece of fan art and adds some lightness to a pair of characters who don’t always get such a thing in their respective games. Geralt may finally be sitting down with whoever his love interest is at the end of Witcher 3: Blood and Wine, but he’s seen some stuff that certainly sticks with you. And Aloy doesn’t have many–or really, any–friends in Horizon Zero Dawn, given that she’s an outcast and all. So it’s nice to see them get some joy in their lives, though with that said, a crossover between these two would be sweet. Not sure how that would work logistically, but maybe give her a Geralt armor pack or something? It’d be cool, and some fans have already started asking for the two of them to unite in some fashion.

@CDPROJEKTRED @Guerrilla Kaer Morhen armor as DLC in the Horizon would be awesome!!! 😍