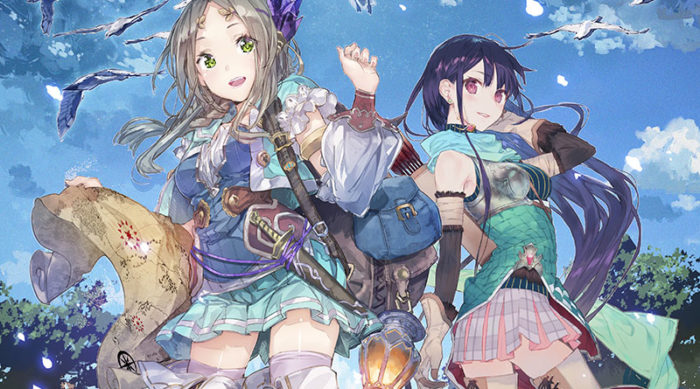 Atelier Firis: The Alchemist and the Mysterious Journey on PS4

The Atelier series has returned with its eighteenth installment, Atelier Firis: The Alchemist and the Mysterious Journey. Developer Gust’s latest entry to the series is the second addition to the Mysterious storyline and it just might be the best Atelier game yet—although its predecessor Atelier Sophie: The Alchemist of the Mysterious Book still offers some pretty solid competition. While Atelier Sophie took some pretty big steps away from traditional Atelier mechanics, Atelier Firis definitely seems to be a fair balance between old school Atelier and some of the newer features that more recent titles introduced. That happy medium ultimately gives us a game that feels familiar and delightfully new all at the same time.

Much like the Atelier games of the past, Atelier Firis follows the journey of a young, budding alchemist who is ready to embark on a journey that will push their skills to new heights and whisk them away to newfound independence. This time around, the Mysterious storyline trades in its carefree protagonist for a particularly childlike main character who has grown tired of living under her parents’ control. Firis Mistlud, who can come off a little bratty in the beginning of the story, lives in an underground mining town that her parents won’t allow her to leave. Her parents insist that it’s too dangerous to venture outside the mining city, despite the fact that her older sister Liane has been leaving the city to battle monsters for quite some time. If you’ve ever played any Atelier game, you can probably see where this is going. Firis puts her foot down, decides to learn alchemy (with Sophie’s help) and finally makes her way outside the dreary cave town.

This is where the game’s greatest improvement starts to become more apparent. Visually speaking, Atelier Firis introduces a world that is far more beautiful than Atelier games of the past. While it’s still not nearly as impressive as most of the other worlds you can explore on the PS4, it’s certainly a major step forward for this particular series. The bland, cramped regions that were overrun by enemies that respawned too quickly in previous games have now been replaced by a far more spacious map that is begging for you to explore its every corner.

The large new map gives players far more freedom when it comes to where they want to go and how they want to get there. In fact, I found myself turned around or lost several times throughout the game—something that never happened during my time playing some of the previous titles. With a world like this, however, getting lost didn’t feel frustrating at all. While on my way to complete a quest, I would accidentally stumble upon hidden villages and enchanting forests that looked more interesting than what previous games offered. Sometimes exploring these new locations was actually more entertaining than completing the task at hand.

Of course, that distraction could become a problem this time around since Atelier Firis has brought back the series’ traditional time limit. This is one of the first ways Atelier Firis combines the new with the old. While some of the newer titles ditched the clock completely, traditional Atelier titles utilized a time management mechanic that forced players to be far more strategic about their decisions in the game. Atelier Firis offers the best of both worlds by including a timed first portion and then a second half of the game that’s free of that restriction.

The reality of the game, however, is that you will likely never feel the pressure of time on your shoulders. The time limit is extremely lenient and allows for quite a bit of sidetracking, resource gathering, extra battles, and whatever other shenanigans you hope to get into on your way to the city of Reisenberg. On a more direct run to the city where alchemists go to become officially certified alchemists, you can probably arrive with a full 200 days left on the clock. In my personal run that involved a ton of cave exploration, random goofing around, and an undeniable love-hate relationship with the sheer amount of side quests available in the game and the urge to help every stranger I met, I still made it to Reisenberg with 40 days to spare. So, by all means, take the time to enjoy the visual improvements to this world.

Just be sure to watch your LP as you frolic around the large map. The LP system we saw in Atelier Sophie returns in Atelier Firis but with far more convenience mechanics that make this exhaustion system easy to cope with. Different activities like gathering resources, engaging in battles or even just running from one spot to the next will eat away at your LP. Allowing Firis to get tired (below 50 LP) will trigger negative effects like discovering fewer resources when gathering. Fortunately, the help of Sophie’s portable Atelier gift allows you to set up shop and get some Zs at any nearby campfire. What this ultimately means is that you don’t have to run to the next town to allow Firis and her team to recharge. All it takes is a quick nap inside the Atelier or even spending some time synthesizing and you’ll find your LP gauge has been replenished.

Fast travel also makes a return and, quite frankly, seems to be more time efficient than manually running from one spot of the map to the other. So if you’re going for a speed run, fast travel will definitely be something to utilize. If you want a more scenic gameplay experience, only utilize the fast travel when your LP is low or if you’re completing one of those pesky quests that has you running up and down the same path over and over again like some eager unpaid intern who just can’t seem to bring their boss a good cup of coffee.

Don’t let the game’s convenience mechanics fool you, though. Atelier Firis definitely makes it a point to be particularly inconvenient at times. Perhaps the biggest example of this is the fact that you have to go hunt down characters to swap them in and out of your party even after you already met them. There is no menu that will allow you to customize your party so you’ll have to strap on your boots and go talk to whoever it is you want to add, which I found to be pretty annoying and unnecessarily tedious.

Swapping out party members was only a slight annoyance compared to the battle mechanics though, which really felt disappointing. Atelier’s usual turn-based combat system has returned, but any real need for strategizing is missing. By the time you reach the first major town on the main path, you will pretty much be obliterating most monsters you encounter. At a certain point, the battles became so unchallenging and repetitive that I didn’t even need to pay attention to the attack order or enemy weaknesses to easily come out victorious in every battle. Even before I added special armor or equipped party members with new weapons, winning battles seemed relatively unrewarding because I just didn’t have to work for it.

The only time the battles become somewhat challenging or require any type of strategy are when boss battles occur and even then, no boss I faced felt like a particularly daunting foe. It definitely feels like there was far more focus on alchemy and resource gathering than there was on the battles. An even balance between all three would have been nice.

What Atelier Firis lacks in combat, however, it does make up for with some tweaks to the alchemy system. Synthesizing now feels like a far simpler process without crossing the line into being downright boring. To create new items, players place items on a grid and attempt to line the different ingredients up with the patterns being created by bonus tiles. While some bonus tiles are color specific, other tiles just have to be completely covered in order to unlock a bonus for the item.

You can collect a variety of different catalysts that will alter the placement of the bonus tiles. Some of the bonuses can be rather underwhelming but others will leave you with a powerful bomb that can poison enemies or even give you weapons with some neat stat boosts. It’s just too bad you probably won’t feel like you needed the stat boosts to win anyway.

Despite all that Atelier Firis has to offer, there is unfortunately one thing that is painfully forgettable—the characters. It was so easy to find a connection to Sophie and Plachta from the previous title in the Mysterious series and it made you feel invested in their stories. In fact, the entire Atelier series usually does a great job when it comes to providing interesting characters. This time, they just seemed to miss the mark. All the characters, including Firis herself, range from forgettable to downright unlikable. There are a few side quests that allow you to learn more about the characters but by the time you get to them, you may find yourself already fed up with some of the voice actors, bored by the lack of character development and completely uninterested in learning more about them.

The most interesting thing about the protagonist was probably her change of wardrobe throughout the game, which I thought was cute and pretty fun. The different ensembles aren’t just for show though. Certain outfits are made to offer protection against the variety of climate conditions you will encounter during your journey. Some of the outfits seem a little revealing for a character who is supposed to be younger than 18 but just chalk it up to Firis’s newfound sense of rebellion and appreciate the different looks.

Once you get caught up in all the fun there is to be had meeting new people, making new items and discovering new parts of this enchanting world, you’ll hardly pay much mind to it anyway. You could also be so annoyed with every action you take triggering a voice line that you will be completely distracted from the outfits. Seriously, this is the first Atelier game where I turned the game’s music up and dragged the volume of the character’s voices down a bit. It just felt like every second of gameplay was filled with Firis whining, asking questions or telling you everything you just did as if you had no idea that you just did it.

Despite its relatively flat cast, the game is a rather enjoyable experience that will feel well-rounded to fans of the series. The large map offers far more exploration opportunities than previous games did, which may help compensate for a pretty lackluster battle system. Smaller tweaks that combine older gameplay mechanics with some of the newer features from more recent titles like Atelier Sophie make Atelier Firis feel particularly special. At times it can feel like they tried to shove a bit too much content in the game but perhaps Gust will hold on to the more promising changes while trimming away some of the game’s fat if they release a nineteenth addition to the series. We’re crossing our fingers that they will.