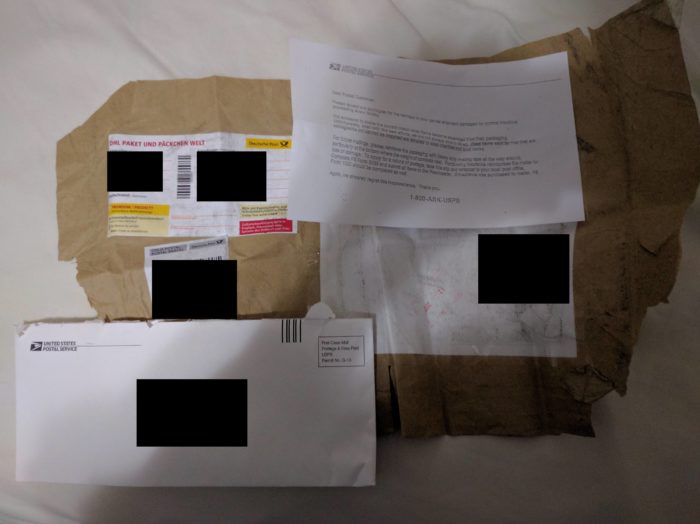 Everyone worries about their package getting lost in the mail, whether they’re sending a pair of birthday socks to Grandpa, or a PS4 Pro to the winning bidder on eBay.

Byuu works to keep old games alive by tracking down rare titles and dumping them into ROMs, thus allowing the games to be emulated and enjoyed by future generations.

His latest mission was to digitally preserve every single game released for the SNES, regardless of region. Having already purchased and preserved all 725 SNES games sold in the USA for $10,000, he sold them and invested $20,000 to purchase all 1450 games sold in Japan.

Recently, New Jersey resident Byuu had been corresponding with a German video game collector, who had agreed to lend him a treasure trove of rare European games for archiving. The first shipment was received safely but, to the horror of Byuu and the owner of the games, the second shipment – containing 100 rare cartridges – disappeared.

After weeks of contacting the United States Postal Service and appealing to Reddit for help, the Postal Service has finally responded with a fragment of ripped packaging and a note informing that the package suffered “damage by normal machine processing at our facility.”

Byuu once again took his dispute to Reddit, writing “They shipped me the motherf***ing box label and nothing else, claiming the machine ate it. BULLS***,” he wrote. “If the label came off, it’d belong to the box right next to it without a label.”

He added, “The USPS employees in Jersey City just stole a $10k package of games. This is felony theft. Please spread this as far and wide as you can. I’ll be contacting all the press I can as I wait.”

While theft is a possible explanation, European retro video games are rare in America, so there is a small chance that some of the collection could be found by monitoring Jersey City pawn shops and GameStops, along with the likes of eBay and Craigslist.

For the time being, the SNES preservation project is dead, as Byuu has confirmed that he’s not willing to risk any more cartridges to the US Postal Service.