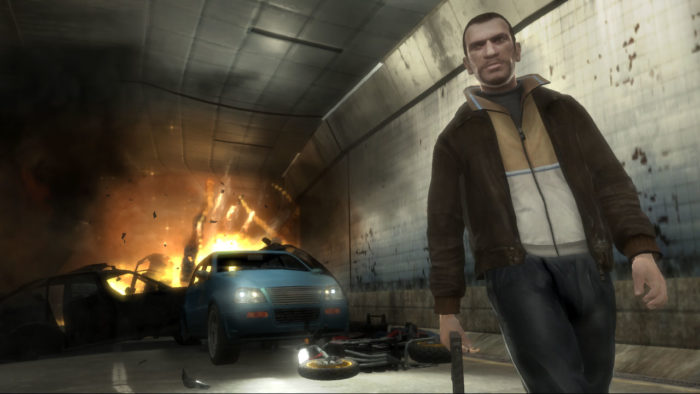 Grand Theft Auto IV is the next Xbox 360 game to be added to the long list of Xbox One backward compatible titles, Xbox’s Larry Hryb announced on Twitter today.

The 2008 open world game and Grand Theft Auto: Episodes from Liberty City, containing two expansion packs, can be played by inserting the original discs into the Xbox One or by purchasing a digital copy through the Xbox Store. Grand Theft Auto: Episodes from Liberty City was rated for the Xbox One by the Entertainment Software Ratings Board earlier today, which is required to re-release a game on a new platform.

In related GTA news, publisher Take-Two reported over 75 million copies of Grand Theft Auto V have been shipped since its September 2013 launch. The game originally launched on Xbox 360 and PlayStation 3, re-released on Xbox One and PlayStation 4 with new features in November 2014, and finally came to PC in April 2015. In comparison, Grand Theft Auto IV has sold over 25 million copies in its lifetime.