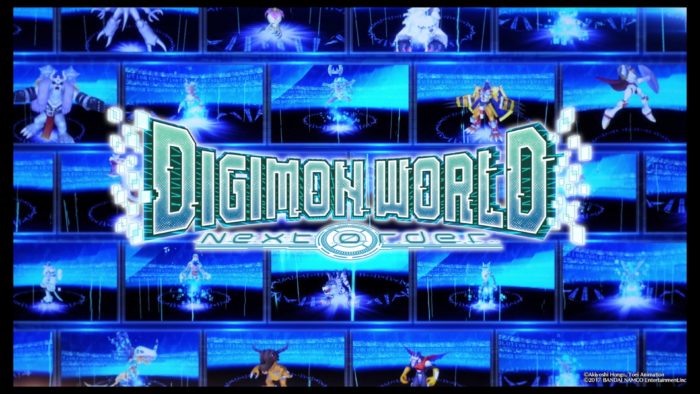 Digimon World: Next Order on PS4

After last year’s Digimon Story: Cyber Sleuth, fans were looking for something a bit different. It’s not that Cyber Sleuth was a terrible game or anything of that nature, but its focus was more on narrative and collecting monsters rather than building a relationship with your Digimon, which is what fans of the anime and older games are more used to. Digimon World: Next Order brings back that older form of Digimon game, putting the task of raising these digital monsters front and center in an experience that brings back all the nostalgia of the PS1. However, there are some hurdles on the road to success in creating a good game set in this beloved universe, and Digimon World: Next Order bumps into quite a few of them.

Digimon World: Next Order kicks off with the player being dragged into the digital world by way of an old Digivice they had from childhood. Who you are is a mystery, but other characters you come across during your travels seem to have memories of you even though you have no idea what’s going on. You know… basic anime stuff. Adding even more anime flair to the experience is the fact that you have a mysterious, unique ability that is key to saving the world, yet nobody knows how you acquired it. It’s all on the cliche side, but it’s enough to get the ball rolling and get you out exploring.

Your special power allows you to have two Digimon partners at once. This may not sound like a big deal since it’s just two monsters, but in the series lore it makes you a Digidestined god – well, not a god, but it’s damn impressive – and the center of attention. Having two partners adds an extra layer of strategy as you need to raise and train them to supplement each other’s abilities, while also having the powers necessary to overcome specific areas out in Digimon World: Next Order’s environments. Unfortunately, this dual monster system brings a lot of headaches to the table that really ups the challenge for players, but in a frustrating way.

The Digimon World games differ from other series in the franchise in that you don’t get to just switch monsters when you find one you like. You have to actually raise them properly in order to obtain the Digivolution you desire, and then, as they age, they die and are reborn as an egg once more. The egg will inherit a portion of the stats of its predecessor, but you’re essentially back at square one, meaning you’re once again limited in what you can do and where you can go. This cycle is nothing new in the series, but thanks to the original Japan release of Digimon World: Next Order being considered too easy, the developers upped the challenge, and the cycle now becomes a huge roadblock to progress, as pacing becomes hinged more on your partners than anything else in the world.

Digimon World: Next Order is broken down into chapters. Those chapters don’t necessarily have clear story lines right away, instead opting to have players bring Digimon into the game’s main hub world in order to progress the narrative and unlock their true objectives. It’s something that should be simple, until you realize that having only two monsters to choose from at any given time and the fact that they die fairly regularly (especially early on) means you aren’t going to see yourself flying through chapters anytime soon.

There is no menu to pick monsters from for your team. What they evolve into is what you’re stuck with until they pass. If they’re weak to monsters in the next area thanks to type differences, you’re going to have to make do or just wait for them to pass (which feels like an extended wait when you’re not making progress). Digivolving into something useful is a test of patience and micromanaging stats, and that’s after running through enough generations of your monster to unlock a list of requirements for each possible outcome, leaving a lot of a player’s success in the first dozen or so hours completely up to chance.

Chance also has a pretty big part to play in Digimon World: Next Order’s combat, too. While you’re able to learn more commands as a Tamer as you gain experience and level up, the lack of control over your partner Digimon can be frustrating. They attack randomly, helping one another out only if you happened to improve a specific stat (which is a rather fickle one), they don’t pay attention to incoming danger, and they never seem to know which move of theirs is the best for a situation. In the beginning, you can tell your partners to use a specific attack, but the ability to do so is limited and quite often not enough.

The slow progress to obtain a monster actually capable of helping you advance in Digimon World: Next Order’s story, and the combat system that leaves the player as more of a glorified audience in the first parts of the game does mean that it takes a while to really get into a flow. Learning the ins and outs and figuring out strategies in order to make do with your meager resources can be rewarding in and of itself. However, it can also send players new to the Digimon World series running for the hills in the early hours, leaving the game that blossoms later left unplayed.

And it’s a shame, because the game does get much better. Yes, I’ve said that the story is a bit of an anime cliche, but that doesn’t mean it isn’t enjoyable. As you move through the world and overcome challenges, you’re introduced to more characters and are able to obtain more useful abilities as a Tamer. These advances unlock new pieces to the narrative puzzle and broaden the scope of the world, and your possibilities within it. A tough strategy system still lies at the core, but the fun plot and the fact that you’re finally able to move at a steady pace add much-needed balance to an experience that starts off extremely slow and, for those who choose Normal difficulty, frustrating.

As I poured dozens of hours into the game, it became clear that Digimon World: Next Order never had intentions of being new-fan friendly, for better or for worse. As someone who has watched the different series set in the universe, and has played a number of the video games, I was able to appreciate each monster present and the oddities of the digital world. The developers really worked to put the relationship between you and your partners front and center, and crammed a lot of mechanics into the experience to make it feel like this was really a joint adventure. It wasn’t you playing some RPG alone, you had to raise and support your party as if they were your own pets and family. It feels like you’re in one of the anime episodes, running around with your personal partners and relishing in the progress they make. The bonds are real, and for fans that will prove to be a big deal.

In order to make those bonds stronger, though, difficulty plays a large part in creating tension. Unfortunately, that difficulty also means that the beginning is a long, arduous slog to create a somewhat formidable team so that you can really reach the meat of the game. If you’re new to the universe, this can very well be an obstacle that keeps you from ever really getting into it since there’s nothing for you to care for or really be adamant about seeing.

Digimon World: Next Order is definitely a game for fans who are looking for a challenge. If you’ve always felt you had it in you to take your own Digimon partner and save the digital world, this is certainly a game you should check out. But, if you’re just looking for a new RPG that lets you fight with trained monsters, there are other options available that don’t require long hours before the payoff.