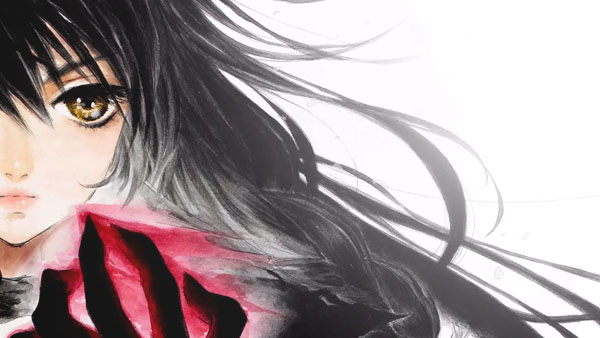 Tales of Berseria on PS4

Tales of Berseria is cut from a bit of a different cloth than most games in the series. It doesn’t feature the happy go lucky tale of friendship that we’re used to, instead opting for a much darker tone in terms of both story and character. Luckily, this proves to be great change of pace for the series, along with a few other tweaks to gameplay.

Tales of Berseria actually takes place in the same world as the previous game, Tales of Zestiria, but is set in the distant past. Because of this fans will see some commonalities and links, yet it’s a game that stands completely on its own. The story revolves around a young girl named Velvet who lives a quiet life in a small town. After a terrible event takes place, her entire life is taken away from her, causing her to want nothing more than revenge against the man that ruined everything.

Even with just the basic setup, Tales of Berseria adopts a much darker tone than normal. Bad things have happened to the world and Velvet, hardening her and making her emotionally cold. Even though she’s much different from most protagonists, Velvet manages to be one of the most memorable main characters from the series in a while. Her tale is definitely tragic, and you can understand her plight, even if her methods are questionable. Despite this, she manages to grow and become more than just the vengeance filled hero.

This extends to the rest of the party, who each have some kind of troubled past, or sizable character flaw. More than any other Tales game I’ve played, Berseria’s ensemble cast really is a ragtag group of characters. You have Eizen the pirate who bears something called the Reaper’s Curse, which eternally gives him bad luck in just about everything. Magilou is a witch that keeps her secrets to herself, instead putting off an eccentric air and over the top personality. These are just two examples, but the rest of the party all has their own history, hangups, and flaws.

The actions the party takes during the story differs from the norm as well, as you don’t get your bright-eyed protagonists who want to save the world. Throughout the story your characters are doing things that aren’t exactly seen as “good.” They lie, steal, kill, and more to achieve their objectives. Of course, their end goal is noble, but Tales of Berseria’s story is more about moral grays than the battle of good versus evil.

This honestly ends up being a refreshing direction for the Tales series to take, especially as the cast grows and changes through the turmoil. Each party member is incredibly fleshed out, and becomes increasingly more likable as you see more about their personality. Of course, there’s still plenty of fun to be had even with the darker story, as Berseria has the Tales series trademark quirkiness.

Fully voiced and animated skits flesh out the characters better than ever before, and there are tons of NPCs to talk to in order to learn more about the world and story. There are also tons of different costumes and attachments you can use to dress up your characters in fun ways. It’s certainly not a short game either, as the main story will take you nearly 60 hours not to mention side content. There’s a ton of sidequests, optional monster battles, and minigames to partake in. There’s even a new option in the menu called “Expedition,” that lets you send out ships to explore different parts of the world, and bring items back. It’s a quick an easy distraction, but feels rewarding when you find a rare item.

Tales of Berseria also does a lot to change up the series’ gameplay, first and foremost with the battle system. Like usual, you bring a party of four characters into battle, and take control of one at any given time. However, character’s actions have been altered, as normal attacks and artes aren’t necessarily mapped to separate buttons now.

Instead, you have a four-step combo mapped to each of the four face buttons on the DualShock 4. You can customize each step with different artes of different types, allowing for a ton of customization. Additionally, each character has a unique special ability mapped to the R2 button. A “soul gauge” measures how much of the combo you can do at any time. You have five “souls” for your character and doing things like stunning or killing enemies fills a gauge, while getting stunned yourself will deplete it.

The combat system is definitely tough to grasp at first, as there’s just so much to unpack and learn about it. The upside to this, however, is that the system really opens up and expands the further you make it into the game. There are constantly new options opening up to you like new artes, the ability to use Mystic Artes, expanding each character’s ability, and more. It’s a hugely rewarding experience that feels fast and fluid by the time you reach the latter half of the game.

Combat is only enhanced by some of the other systems in the game, like cooking and equipment. Cooking functions much like it has in past titles, letting you choose which dish to make and which character to make it. Here dishes have certain trigger conditions that must be met in order to be used in battle. Luckily, there’s a new auto-cook option you can set up in the menu, and if you have the proper ingredients you don’t need to manually cook after every battle.

Equipment is yet another system that takes a while to get used to, as it doesn’t work quite like it did in past titles. You still have all the different slots to equip items in like weapon, armor, accessory, etc. However, now each weapon comes with a set of skills that can do things increase your damage, with more skills unlockable through various means. Enemies have a high probability of dropping equipment in battle as well.

Because of this, you’re absolutely inundated with different types of equipment, oftentimes of the exact same kind. There is a purpose for this, however, as each piece can have different skills, and anything you don’t want can be broken down into resources to enhance other equipment. Again, it’s a deep system that takes some time to get used to. Unfortunately in this instance, it also means you’re going to have to spend quite a bit of time wading through menus and figuring out which equipment you want.

Tales of Berseria’s world is massive, and although much of the game is linear, you do have freedom to explore. Side quests take you off the beaten path, and a number of challenge islands have you taking on a specific set of foes in battle. Unfortunately, the experience can get dragged down just a bit by quite a bit of backtracking, even in the main story. The story does, however, move along at a brisk enough pace that this is only a minor annoyance rather than a significant issue. Later on in the story you also unlock something called the Geoboard, which lets you surf around on a slab of rock to get places faster.

Presentation wise, Tales of Berseria is better than the series has ever been. The anime art style looks marvelous, even if the game isn’t as graphically powerful as other titles on the PS4. Skits are more engaging than ever before, as they feature animation that really injects personality into each of the characters. Voice performances are also spot on across the board for each of the main party members, with each actor doing a lot to make their character unique. Some of the supporting cast isn’t quite as good however, like the Normin creature name Bienfu who ends up being more grating than anything.

With everything from combat to story Tales of Berseria feels fresh, fast paced, and exciting.The darker tone for the story is a welcome change and works wonders, while the cast manages to be as memorable as any others you’d find in a Tales game. The story links between Berseria and Zestiria are sure to please longtime fans, while newcomers can easily follow the series of events. While it may take a while to grasp, Tales of Berseria also has one of the most satisfying combat systems I’ve seen from a JRPG in a while. It’s easily the first must-have JRPG of 2017.