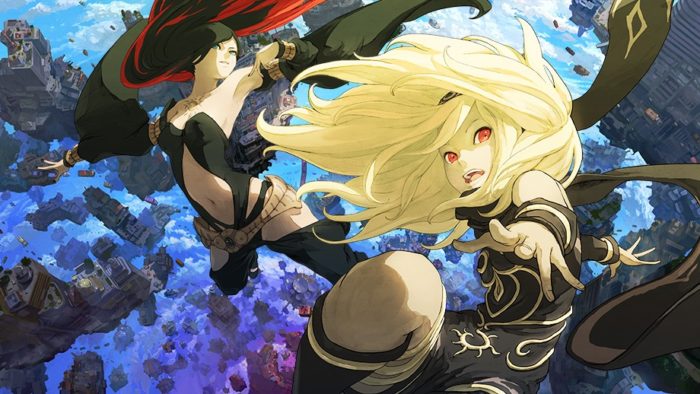 [Warning: this article contains minor spoilers for the start of chapter three of Gravity Rush 2.]

In Japan, Gravity Rush is known as Gravity Daze. While “rush” certainly works for a game with mechanics that are all about finding the thrill of falling into the sky and achieving that headiness of having adrenaline course through your veins as you soar sideways, “daze” seems like a better fit for the story it’s trying to tell.

After all, that’s what Kat is – a displaced heroine in an almost constant state of confusion, looking for some way to ground herself in a new reality that she’s been unceremoniously tossed into.

When Gravity Rush first released on the PS Vita back in 2012, it was easy to appreciate the game for its fluid ‘flight’ mechanics and the way it just oozed with style. Hekseville’s four districts were gorgeous and distinct, Kat was an extremely likeable protagonist who greeted silly plot twists with the same wryness and snark you’d expect from a player. The story was interesting enough, but was ultimately left unresolved, so it fell to Kat’s charming personality and the gravity control gameplay to carry the rest of the game. It worked, and Team Gravity made a sequel.

However, Gravity Rush 2 is a whole other beast on its own. And I’m not just referring to the sheer size and scale of the game due to its jump to the more powerful PS4 hardware. In fact, Gravity Rush 2 ends up with a lot more gameplay warts than its predecessor, and even becomes just downright aggravating to play at times.

Yet even with all of its questionable gameplay design choices, Gravity Rush 2 somehow manages to redeem itself at every turn, and ends up telling one of the most compelling stories about a protagonist just looking for something – anything at all – that even vaguely resembles a home.

The original Gravity Rush opened with Kat waking up alone in strange Hekseville with no memory of how she got there in the first place. She’s immediately berated by the townspeople who think gravity shifters are all up to no good, and Kat’s efforts to find a place of her own eventually result in her redecorating a sewer pipe and spending her nights there. While Gravity Rush’s story does end with her gaining a bit of a positive reputation in the city, there’s still the question of Kat’s past and where she really comes from. She’s comfortable in Hekseville now, but we know that’s not where she truly belongs.

One of the more harrowing sequences in Gravity Rush 2 has Kat return to Hekseville after spending an extended amount of time in the brilliantly vibrant city of Jirga Para Lhao. Except the town is different from how she remembers it, and the townspeople no longer look to her as their heroine. The sewer pipe she once called home has been desecrated, and she’s once again forced to wander around Hekseville in search of a new place to rest her head. It certainly doesn’t help that Hekseville has a good number of homeless citizens and vagrants as well, all of them looking for a place to call their own, just like Kat is.

Further evidence of her being affected by her own displacement is found in the game’s first chapter, where Kat is eager to prove her worth to Lisa and the Banga mining crew. It isn’t long before Kat basically lays down her life and honor for the Banga miners (she’s one of them now, she insists), striving to fight against the corrupt traders and stopping them from taking advantage of the blue collar workers. It’s borderline sociopathic, the way she tries to please everyone and be liked (or at least accepted) by the people around her.

Even when Gravity Rush 2’s final act divulges new details about Kat’s past and has her discover her true place of origin, that sense of confusion and displacement is still very much present both within Kat and in the player. As it turns out, this might not necessarily be where she belongs, either.

Perhaps that’s why the friendship between Kat and Raven ends up being the main highlight of the sequel. Kat is largely alone during her first adventure in Gravity Rush, but when she and then-archenemy Raven realize that they can be allies, the two become an unstoppable magical girl duo with a bond that’s a joy to watch grow and develop. Raven becomes a dependable friend that Kat is able to count on in Gravity Rush 2, and watching them work together is such a refreshing change from all the times Kat has had to solve the world’s problems on her own. The seemingly cold-hearted and tough as nails Raven volunteering to journey with Kat and claiming that the both of them are stronger when together? Who’d have thought?

So much of these two games are spent falling in all directions, soaking in the beautiful cel-shaded art of the game’s world and its colorful characters that it’s easy to miss Kat’s true motivations. Saving the world was never her goal from the start, Kat’s story had always been about overcoming estrangement and finding a sense of belonging. The whole ‘saving the world’ bit just happened to become a part of that journey.

Gravity Rush 2’s final act culminates in a satisfying, yet bittersweet, ending sequence that ties up Kat’s story rather nicely. Having spent most of her time wandering around strange locales, putting up with suspicious townspeople who treat her with initial mistrust, and tirelessly saving their asses time and time again, Kat’s journey ends with her finally making peace with where she is and what she’s there to do.

Her story takes her to a curious conclusion: not quite finding that elusive prospect of ‘home,’ but no longer dazed either.