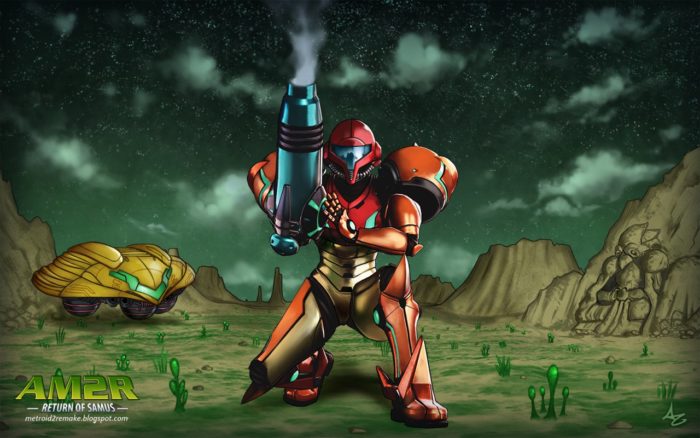 For the third year in a row, gamers and industry influencers all turned their attention to the Geoff Keighley-created Game Awards to see what titles would be recognized for their outstanding achievements. For the first time ever, though, there seemed to be mystery and controversy making the waters of the Best Fan Creation category pretty murky.

If you tuned in to watch the Game Awards on Thursday, you probably spent a lot of time cheering (or booing) one winner after the next, but you were also probably left wondering if maybe you took a poorly scheduled bathroom break when they announce the Best Fan Creation of 2016.

Maybe the award was given out while you were searching through the refrigerator?

Maybe you just weren’t paying attention and somehow it slipped by?

Maybe you can turn to YouTube to find those precious seconds of a ground-breaking award ceremony that you just happened to miss.

Or maybe, after scandal seemed to strike a few days ago, the category’s winner was never announced on the broadcast.

The latter is the closest thing to the truth.

Back in November, fans were surprised to see two of the four Best Fan Creation nominees disappear from the nominee list so quickly that there will likely be at least one YouTube video blaming the Illuminati for the vanishing.

The real reason, however, may be Nintendo.

After receiving a letter from a legal representative of Nintendo of America, Another Metroid 2 Remake was removed from the nominee list. Pokemon Uranium saw a similar fate after the rumor mill started churning out allegations that Nintendo of America sent multiple takedown notices to the game’s creators.

We are going to look into the legitimacy of the takedown tomorrow. If we find out it's fake, we will re-host, rest assured.

It certainly marked a strange turn of events for a category that would only drift further and further into the realm of bizarre.

While Wikipedia claims that a winner was chosen, listing Enderal: The Shards of Order as the victor, The Game Awards’ own website still has not announced a winner for the category as of Friday morning. Message boards, forums and social media platforms were set ablaze overnight as fans of the fan-created games voiced disappointment in Nintendo and unofficially deeming AM2R as the category’s winner.

It’s only fair to note that Nintendo is arguably the king of classics in gaming, and the gaming giant expressed concerns over the future implications of these fan-made creations.

“Nintendo’s broad library of characters, products and brands are enjoyed by people around the world, and we appreciate the passion of our fans,” Nintendo said in a statement. “But just as Nintendo respects the intellectual property rights of others, we must also protect our own characters, trademarks and other content. The unapproved use of Nintendo’s intellectual property can weaken our ability to protect and preserve it, or to possibly use it for new projects.”

While the entire situation seemed to dampen the mood around post-Game Award discussions, it also sheds light on an even deeper issue. For many, gaming is considered the same type of creative outlet as the world of television and film—two industries where parodies and remakes receive a certain amount of legal protection.

So as we all sit here scratching our heads, wondering what in the world really happened to The Game Awards Fan Creation category, it’s likely that we may have just seen the first seed sewn that could lead to a legal battle of the ages.