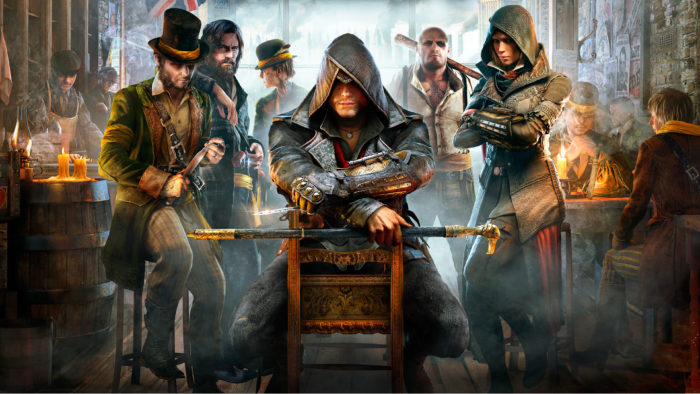 The history of the Assassin’s Creed franchise is much like a roller coaster ride. The first game was fairly unique, moderately ambitious, and succeeded in catching the attention of the mainstream crowd. Assassin’s Creed 2 seemingly perfected the formula and made it very clear that Ubisoft is nurturing what might become their next flagship franchise, which was cemented with the surprisingly good Brotherhood. Instead of being a glorified expansion with tacked on multiplayer – something the fans were afraid of prior to launch – the game ended up being a worthy successor that expanded on its predecessor in meaningful ways, while also adding a fun multiplayer mode that wasn’t out of place. Revelations kind of just happened – and then things started going sideways with Assassin’s Creed III. Incidentally, this was also when the storyline of the franchise started getting iffy too.

While Ubisoft came back strong with Black Flag, much of the damage was already done. Where Connor’s chapter took the franchise a few steps away from its stealthy roots, focusing less on verticality and assassinations while also producing a weaker narrative than ever before, Black Flag took several steps away. The best way to describe the fourth numbered installment is that it was good in spite of being an Assassin’s Creed title, not because of it. The gameplay was solid and the Carribbean setting was wonderful to explore, however the weak narrative – which was pretty much the only tie the game had to Assassin’s Creed – dragged it down at times.

Unity afterwards was a hot mess, in spite of trying to refocus on the narrative aspect of the franchise. Its unique take on the conflict between the Assassins and Templars truly made for interesting plot material, however an army of bugs and a host of poor design choices prevented that vision from being realized. Finally, Syndicate brought back the measure of quality portrayed in the earlier titles, but with a lessened focus on story. Instead, this latest installment fleshed out its open world, and rather scored narrative points by introducing the most likeable protagonists the series has seen since Ezio.

It seems that in recent years, Ubisoft just couldn’t shake this desynchronization of narrative from the overall quality of the game. AC3 had a poor story straddled with a bland protagonist and predictable motions, whilst also being a generally poor game. Black Flag had an entirely forgettable story, but was a good game. Unity was terrible in more ways than one, however, its unique storyline was a strong point. Syndicate was a solid outing with a reduced storyline. Following the franchise’s one-year hiatus, it seems that Ubisoft wants to settle for Syndicate’s model, meaning a decreased focus on narrative and more effort put into making the game actually fun.

And this is perfect.

This path seems to be the new way forward for the company. As a developer, Ubisoft will be distancing itself from story-based games, lessening the focus of narrative across the board. In a recent interview with a French Newspaper (translated by GameIndustry.biz.) Ubisoft’s Chief Creative Officer Serge Hascoet described the new approach of the company as developing so-called “anecdote factories.” Instead of being structured around a larger storyline, the games would be less constrained. They would allow for the actions of the players to change the in-game worlds not when the storyline demands it, but when the players decide to do the action that results in these consequences. The term “anecdote factory” was previously used during the development of Far Cry 4, and has also been used to describe the recently released Watch Dogs 2.

This decision may have been greatly influenced by Assassin’s Creed, seeing as the lore and backstory of the franchise has grown overly convoluted and complex over the years. The franchise has been pulled down by its complex backstory and concurrent present-day and historic timelines. After Syndicate tried moving away from this convolution, starting with a clean slate, and possibly dropping the present day aspect altogether, Ubisoft might refocus Assassin’s Creed on the things it does right.

Players who mainly play for the story instead of gameplay may consider this news to be worrisome. Story, for better or worse, was always an integral part of the Assassin’s Creed franchise. That said, this move may actually benefit the franchise in more ways than one. Thinking back to recent titles, what is it that players truly remember? Take Black Flag for example. The main character wasn’t even a real Assassin, and the storyline was forgettable. There was something about an observatory, a weird glass cube with blood in it, Blackbeard showed up and we killed a lot of Templars even though we technically weren’t Assassins – these weren’t the memorable parts of the game. What players do remember, however, is the vibrant open world, the exciting ship battles, exploring tiny uncharted tropical islands, forging through Mayan ruins in search of treasure, and running over the colorful rooftops of Havana.

Black Flag absolutely flourished in its moments of freedom. The best parts of the game took place outside of missions, when the player wasn’t constrained by arbitrary walls and failure conditions. The game gave us freedom, and then gave us a whole lot to do with that freedom. Rogue – the better Assassin’s Creed game of 2014 – and Syndicate gave us the same thing – though, granted, Rogue nailed the storyline too. We were presented with large, interesting and vibrant worlds, and countless activities to do and collectibles to gather. Instead of being served a pre-determined menu, we were treated to an all-you-can-eat buffet.

Even in those cases where the story worked, it was the world-building and the backstory of the games that added most to the experience. Even in Assassin’s Creed II, which had arguably the best storyline of the franchise, the little “Truth” segments which fleshed out the conflict between Assassins and Templars were more interesting than the actual plot, which was a pretty standard revenge story. Hearing audio logs regarding Animus test subjects, learning about the secret affiliations of people like Nikola Tesla, and discovering that the Tunguska explosion was more than just a natural phenomenon were all intriguing at the time. When games like Assassin’s Creed III took all that away, players realized how the main plot line was never the best thing about these games.

While it is easy to look at this step away from narrative as “selling out” or “cheapening the franchise for the mainstream,” it can also be viewed as Assassin’s Creed being freed from the chains that held it back. Storyline can be an absolutely essential part of video games, and some games cannot be imagined with a lessened focus on narrative. Assassin’s Creed is not among them.