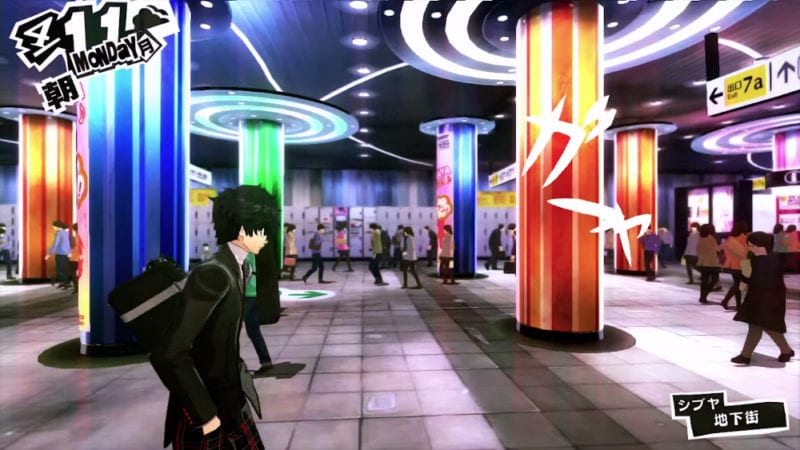 Atlus has released a brand new English trailer for Persona 5, showing off some of the game’s mechanics and everyday life activities. The trailer also has a couple of story details showing the protagonist chained up in The Velvet Room, and greeted by Igor, before diving into life in Tokyo.

The video shows our protagonist wandering through school halls, chowing down on a burger, attending the movies, training, and more. It looks like similarly to previous Persona games partaking in some of these activities will boost certain stats.

Also returning will be a system similar to Social Links, this time called Cooperation. As you progress through the game you’ll be able to build relationships with certain characters, that in turn can bestow benefits in battle. We see a few of these characters in the video including a doctor and the owner of a coffee shop you can work at. You can watch it down below.

Here’s a full rundown of the game’s story from Atlus,

“Persona 5 is a game about the internal and external conflicts of a group of troubled youth who live dual lives. They have the typically ordinary day-to-day of a Tokyo high-schooler – attending class, after school activities and part-time jobs. But they also undertake fantastical adventures by using otherworldly powers to enter the hearts of people.

Their power comes from the Persona, the Jungian concept of the “self;” the game’s heroes realize that society forces people to wear masks to protect their inner vulnerabilities, and by literally ripping off their protective mask and confronting their inner selves do the heroes awaken their inner power, and use it to strive to help those in need. Ultimately, the group of Phantom Thieves seeks to change their day-to-day world to match their perception and see through the masks modern-day society wears. ”