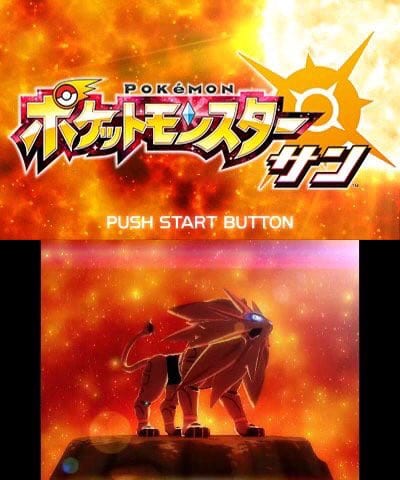 The Pokemon Sun and Moon news keeps on rolling in today as new images leak out of a tweet by PokeLoot portraying the games’ respective title screen. Take a look at both below.

Pictures of the title screens of Pokemon Sun and Moon have appeared! pic.twitter.com/XJuCYSMCsL

The images clearly depict the games’ unique legendary pokemon–a staple of the series for years. These images surface the same day that the recently released demo for Sun and Moon has been data mined and apparently revealed many of unseen pokemon in the game’s pokedex. We’ve also posted a story going over all of the pokemon that have been revealed as a result of the leak, so spoilers beware if you’re interested.

A few days ago, the Pokemon Company released a new trailer for Sun and Moon that showed off some new (and old) pokemon in an official capacity, so at least not all secrecy has been lost. If you’re playing the demo, we also have a collection of guides to aid your journey, including a list of items that can transfer to the full game, all of the pokemon in the demo, and a walkthrough of all its content.