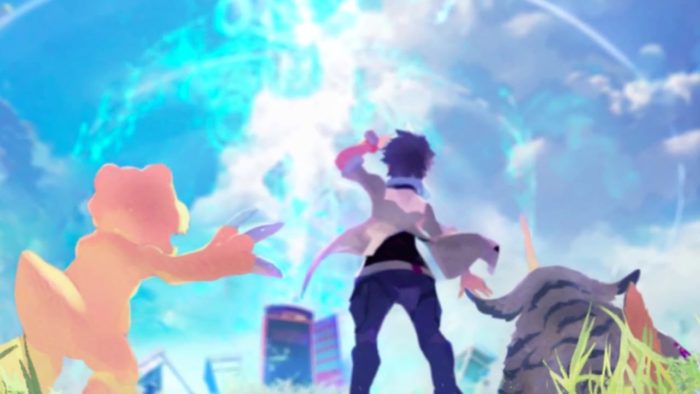 We recently had the opportunity to sit down with Digimon World: Next Order’s producer, Kazumasa Habu, and talk about the game’s upcoming Western release. Kazumasa Habu has worked on titles such as Tekken and Soul Calibur, along with several Digimon games including Re:Digitize Decode. We decided to pick his brain on the Western resurgence of Digimon, the development of Next Order, and what’s the future may hold for the franchise.

Twinfinite: If I’m correct, Digimon World: Next Order been available on PS Vita in Japan, right?

So I see it’s coming to the PS4 now and that it’s coming to the West. Aside from graphical updates and balancing, which I see that you’re bringing to Digimon World: Next Order, are there any other improvements that players can expect to see on the PS4 release?

Okay, nice. So the events are like missions that take place throughout the world?

Was it always a plan to bring the game to the PS4? Because I know it released on the Vita, and I see it did pretty successfully there. Was the next move, “yes, we have to bring it to PS4, we have to make it bigger.”

When we decided to sell the game in North America and Europe, we just had to do it on PS4 because of the market. The graphics and the quality for Vita is very low compared to the PS4, so we had to make it much better to put that on the PS4.

Yeah, I got to check out Next Order yesterday when I was on the show floor and I did notice that. It looks much better than it does on the Vita. Were there any challenges to bringing the game from the PS Vita to the PS4?

It’s the same graphics engine as on Vita but on PS4 we’re able to use all the shaders. We remade the textures and the polygons, the models.

So a lot of work went into moving it over?

Yes. Because we did that we couldn’t put this new version back into the Vita. So yeah, everybody’s gonna ask us, but that’s the reason why we couldn’t have a Vita version in the West.

I was just about to ask that question, too.

Well you actually mentioned this before, before we got started. Digimon Worlds is a very different game from Digimon Stories. With Cyber Sleuth being the most recent game in fans’, especially new fans, memory, was there any hesitation or worry about bringing Digimon World to the West?

Actually, I wasn’t working with the Japanese Vita Version, somebody else was doing that and I was working on Cyber Sleuth. Redigitize and Decode – the previous Digimon World games – I was working on that, and those were the same game systems as this. In this system, the Digimon have a lifetime, so they die once they come to a certain age. So for the light fans it was pretty hard to raise them but have them die.

So when bringing it to North America, you upped the challenge so those Digimon fans who found previous games were good but too simple could find a little more challenge and some strategy?

Yes. The people playing this game are core fans so we wanted to make it harder to clear, harder to raise Digimon, harder to train, harder to beat the boss.

Will they all be accessible from the beginning? Will I be able to choose hard mode as soon as I turn the game on?

You start off with easy and normal mode, but when you’re done clearing the game you can choose hard.

Is there a new game plus to jump into hard mode or do you start the game over completely when you switch to hard mode after completion?

Yeah, it doesn’t get erased.

So I can keep my same Digimon and all of that?

One thing I’ve noticed, especially in like the last two years, is Digimon seems to be in a large resurgence. Digimon Story: Cyber Sleuth came out earlier this year in North America, and people loved it, they loved the different take on it. Digimon Tri has been really popular and the next part of that has recently released here. Has that influenced any of the decisions with the franchise, such as bringing Next Order to the west, which is more of a more original/classic Digimon game?

I think the biggest thing would be the success of Cyber Sleuth, but fans had signed a petition to bring the game over, so those two were the biggest.

Oh, so the North American fans were really vocal about wanting Next Order?

Yes, yes. They did the petition and those two are what really pushed us.

Was that a very big surprise to have such a desire and attention? Did the game end up bigger than you guys anticipated?

It’s been eight years since I started on Digimon Games. When I started there wasn’t– Digimon wasn’t famous in the US, but I really wanted to deliver you guys a game… but it wasn’t so easy. What broke that was the petition from the fans. That’s why we got Cyber Sleuth in the States, but after we released it, the fans really loved it. So the reactions from the fans were really good. So the reason why we can release this game in the states is because Cyber Sleuth was so popular.

As the popularity grows with Cyber Sleuth and this game, can we expect even bigger games set in the Digimon universe? Games that are specifically for PS4 and not Vita, or any other wild ideas you guys may have for like large RPGs?

You mean after this title?

Yeah, after this title.

After Cyber Sleuth, I was near getting off the Digimon producer role. Maybe I was gonna do something else. But, because the success of Cyber Sleuth I was kinda brought back to do much bigger stuff, so of course after this title we’re working on different stuff.

We have ideas for different games. It’s going to take a couple of years I mean, but we’re not just gonna finish with it the next one. We’re gonna keep going for the series. I think the fans should keep waiting, we’re gonna have something more. I hope we can bring something new, the next year to Comic Con to the same place, and I hope you come to.

I’ll look forward to that, definitely. One more question, because since we keep touching on Digimon Story and Digimon World. With both increasing in popularity and offering different things — Digimon Story: Cyber Sleuth was more of a mystery thing and Digimon World is more like you’re a trainer in the anime — can we ever expect to see maybe some type of crossover between the two types of games?

That’s the really hard part, not technically, but how it works. In Digimon World, the player themself doesn’t really go into the battle when you make them fight. You’re kinda watching them and making decisions and telling them what to do. I want to ask the fans, how much can we change that? You know, if we do a crossover. If I was working on the Vita Version, I would probably change a whole lot.

Anything in mind that you would have wanted to change?

I wanted to change the battle system.

What would you have preferred battle-wise?

I wanted to make the player be able to control it more.

Like choosing their moves instead of just choosing strategy? Like being very direct in what they do?

Is that something we can expect to see from you in a future Digimon World game? Giving it a little more player control to the systems?

We’ll be thinking about that, but as for next year, probably there will be a different story, a Digimon Story title. As for now we want you to focus on this one (laughter), but if we were to power the Digimon World, next title, it would be more about online features. Like you can play with others or something, we would put that into the new concept.

It’s great to see that Digimon has survived after seemingly fading into obscurity for some time here in the West. Fans are clamoring for more from the franchise and things are looking bright for the monster-driven RPG. Habu sees bigger and better things in the future as the Next Order makes its way overseas, and we can’t wait.