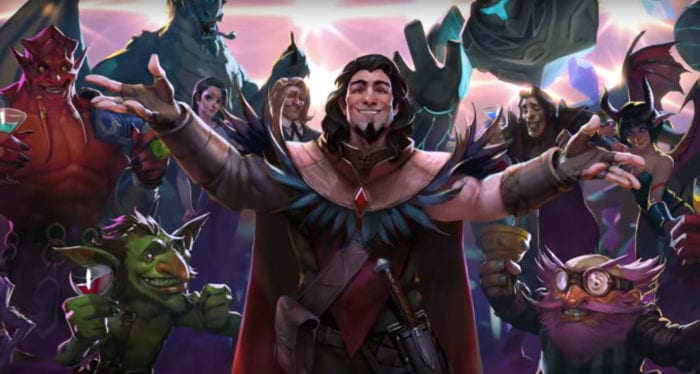 In all the excitement and buzz surrounding the reveal of the Nintendo Switch yesterday, it seems Blizzard couldn’t help but throw a little gasoline on the fire for their fans. Far from a game confirmation, but also a little too vague to be a simple congratulations on a successful reveal, Blizzard posted a cryptic Hearthstone picture on the developer’s Hearthstone Twitter.

Sadly, considering Blizzard is not one of the developers listed as supporting the Switch, chances are it is a joke, poking fun at a similar picture Nintendo used of Mario peeking out from behind a curtain in the publisher’s original tease of the Switch reveal earlier this week. That didn’t stop fans from getting very excited though.

“If hearthstone is on this I will flip my s***,” writes one Twitter user.

These fan reactions are of course only matched by some tantalizing Photoshop work as well.

Needless to say, Blizzard might have stumbled into something they weren’t entirely prepared for. With only the single three-minute trailer to go from, we don’t even know if the Nintendo Switch will feature a touch screen, though early rumors suggested it might.

How would you feel about Hearthstone coming to the Switch? Let us know in the comments below.