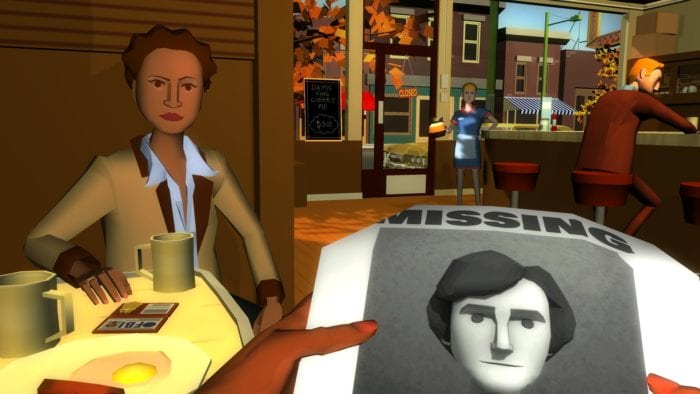 Virginia is a game that inseparably mixes abstract, surreal imagery – often prized from dreams or hallucinations – with the reality of its plot. Sometimes it’s apparent that what you are seeing isn’t real; other times it isn’t quite so clear. It also doesn’t matter. The truth is tinged with fiction and crucially, the fiction is imbued with a deeper truth. As such, the ambiguity over some of the game’s ideas isn’t worth coming down on either way: sitting on the fence and accepting dual possibilities will only net you a richer experience. To bastardize Andy Warhol: instead of asking, ‘what is real?’ ask, ‘what is good?’

One note before you read on: it is a game that, perhaps more than any other, benefits from multiple playthroughs. If you have just completed it the once then go back and take a second trip to kingdom to see what ideas leap out at you. Oh, and – spoilers ahead of course.

Anne Tarver is a freshly christened FBI agent at the game’s beginning, and is quickly assigned to two cases: the search for a local missing boy – Lucas Fairfax – and the investigation of a fellow agent – Maria Halperin. Halperin has been consigned – Fox Mulder style – to the basement office, and is clearly a pariah. The Fairfax case leads both agents down a rabbit-hole as they discover a secret society operating in Kingdom, Virginia. Most of what then springs forth from this simple plot is channeled through the game’s protagonist, Anne, and so this is where we will explore most of the game’s clues and imagery.

Perhaps the most important symbol tied to Anne is the broken key that she carries through the game, the first large piece of the puzzle to her character. When Anne became an FBI officer, she proudly went to tell her father, who was ill in a hospital bed. His condition is presumably fatal because he asks her to do something unusual for him: to burn a box that he has in his closet. The cardboard box that she is to burn is housed within a more secure metal one, and the key to this metal box is what her father gives to her. It breaks off in the lock as it opens. Anne doesn’t look inside the box – perhaps afraid of what she might find – and puts it in a furnace. 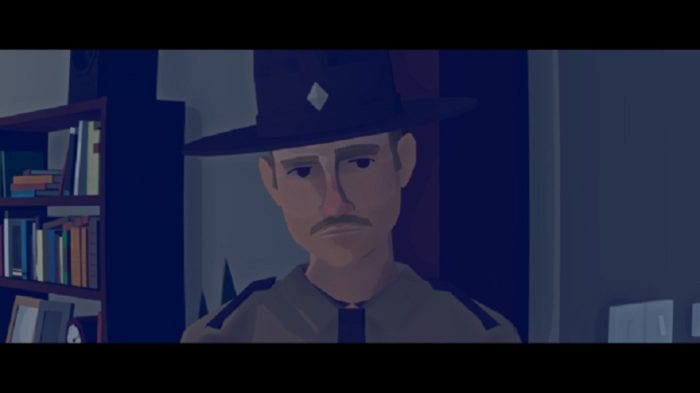 This furnace then becomes a recurring image in Anne’s mind. Appearing periodically in Anne’s dreams, the furnace serves as a constant reminder of the choice she made to protect her father and of the mystery that continues to haunt her as to what exactly was burned. How bad could it possibly have been? How much does she trust her father? She is terrified of what might have been in the box; good men usually don’t need things burned.

During one particularly disturbing sequence, Anne dreams of a deserted highway at night. The furnace stands in the middle of the road ahead of her; on the floor leading up to it, there are scattered missing persons posters with Lucas’ face on them. The crucial thing to take away here is that Anne is terrified that Lucas may well have gone the same way. Lucas may have been put into the furnace – figuratively – by someone who needed him out of the picture. Anne’s fears are firstly that the boy may have been killed, and secondly that her actions burning the box are akin to what may have happened to Lucas in Kingdom. Perhaps Lucas knew too much. 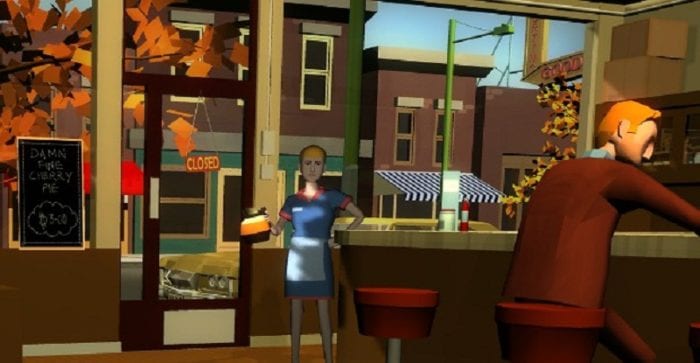 The missing boy at the heart of the story, Lucas is a very present figure throughout the narrative despite his absence. On the one hand, Lucas represents a fulcrum that Anne’s conscience sways on, and on the other he acts as a torch shining through the darker and uglier aspects of Kingdom’s community – much in the same way that the character Laura Palmer managed in one of the game’s biggest benefactors, Twin Peaks. It becomes clear earlier on, when Anne stumbles on his secret development lab, that Lucas has a hobby: photography. Not an ideal one to have in a town where all sorts of people have plenty to hide. Indeed, it is Lucas’ hobby that may be what gets him into trouble: among the hanging pictures that Anne finds are snaps of the boy’s father engaged in an affair, and the location of what ends up being a meeting point for a group of very shady people. Lucas’ knowledge was inconvenient then, but it is not clear precisely what happened to him until, perhaps, the game’s end.

Before we get there though, it’s important to consider the possibilities that surround the game’s finale. The cult-like vision that Anne saw could well depict the key players – Sheriff Taft, Director McCarran, Colonel Emenegger, The Mayor, and Lucas’ Father – in their meeting place performing what seems to be a sort of blood ritual involving the buffalo. This could be an exaggerated imagining by Anne of what really goes on behind these closed doors. It could well be something sinister enough to get rid of Lucas if he were to discover too much.

What is also possible is that those key figures are meeting at the observatory to conspire with regard to their involvement with an alien presence. Earlier in the game, as Tarver reads through Lucas’ journal, she finds his depiction of a UFO hovering above the spot near the air force base; also in the journal is his rendering of an alien-like figure emerging from the tunnel. It is entirely possible – especially given the debt the game owes to Sci-Fi like The X-Files – that the government is colluding with a real alien presence and is attempting to cover up Lucas’ abduction. 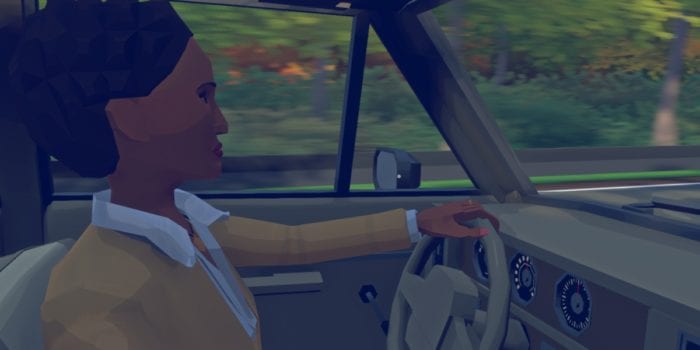 Halperin’s mother – Judith Ortega – came close to exposing the conspiracy at the heart of the bureau; because of this, there was an internal take down whereby she was accused of misconduct involving drugs, and a character-assassination ended her career. Maria hasn’t forgotten this, and indeed it drives her bitterly to continue her mother’s work. She wears a pendant around her neck with a picture of her mother in it. This is similar to the broken key that Anne carries with her: both are symbols of weight, of ill feeling, and of baggage that traps the two agents and confines them to certain paths.

At one very telling moment in a dream, Anne walks into Maria’s office and finds her father’s uniform cap on the desk where she first saw the pendant. This ties both ideas together and highlights how much the weight of her mother’s ordeal hangs over Halperin, just as Anne’s father’s death-bed request hangs over her. It is also interesting to note that the hospital-style bed in Maria’s apartment reminds Anne of her father’s hospital bed, strengthening the connection Anne has with Maria.

Halperin’s mother used controversial methods to aid in her investigations: use of “controlled substances” is mentioned on her file, and it seems that given Maria’s encouragement of Anne taking the acid toward the game’s final act, Maria acknowledges their effectiveness. It is reminiscent of a native American ritual – the vision quest – and is something that Agent Mulder utilized in The X-Files – another subtle reference.

The passage where Anne awakens to find him sat at the end of her bed imposes him as an almost father-like figure. McCarran was willing to destroy Halperin’s mother to stop her from closing in on the truth; Anne was willing to burn the box to protect her father from whatever was inside. Anne feels a connection to McCarran, and it’s one that’s racked with guilt – she feels ashamed that she is anything like him. The way that he throws her badge back at her on the bed is almost shamefully disapproving in the way that only a father could be. He is a symbol of her responsibility toward the regime, and to her complicity within it. 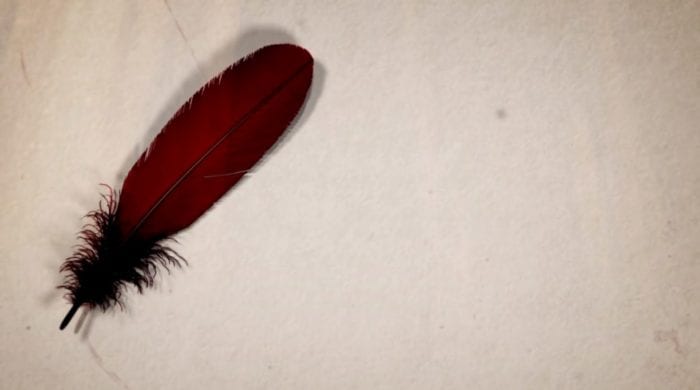 The Bird, the bull, and the Door

The bird that pops up periodically throughout Virginia takes on a fairly important role. It becomes more elusive as the story unfolds, and Anne – literally at one point – fails to grasp the bird before it disappears. It is truth. It is freedom. Perhaps the most important scene is the one in which Anne descends into the morgue – a gloomy, brown brick morgue filled with shadow – the bird at first appears dead, but then re-animates and escapes by flying out the window. For Anne, this means that escape is still possible. In another scene she also finds the bird inside the box – the box that contained Lucas’ film, and very similar to the box she burned. The box hints at a second chance for Anne: if she burned the first box, she now has a chance to do right by what’s in this box, and get to the bottom of Lucas’ discovery. Finally the bird is found imprinted on the blotter acid and it is this that leads Anne to her final visions, whereupon she reaches the truth at the center of the conspiracy.

The bull comes to symbolize a couple of things. Firstly, and most importantly, it is often an obstacle: appearing for the first time in the middle of the road, causing Halperin to break suddenly. It then appears in Tarver’s dreams, standing in her room, or walking toward her slowly at the gas station. The second interesting aspect to the bull is that it’s undeniably male. The male presence, even in absolute silence, is something that constantly intrudes in Anne’s life, both in male superiors within the agency, men in bars, men in elevators – it is something that is omnipresent and inescapable.

The door that haunts Tarver’s dreams is the same one that housed her father’s box. The door comes to stand for the guilt and secrets behind closed doors in kingdom, and it serves as a constant reminder of the choice Anne made – just like the key. 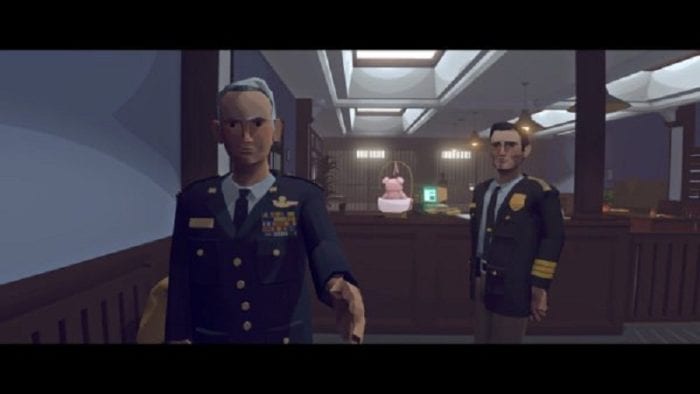 Is there really a way out of that prison cell? Well, the ending can be taken a number ways: the sequence wherein Anne climbs the agency ladder by investigating her colleagues could be interpreted as a vision that Anne had of what her future may be, or that may be the future, and everything afterwards could be the dream. It recalls the ambiguity at the end of Scorcese’s Taxi Driver in that we’re not certain which to take as reality.

Both agents drive through the tunnel outside of kingdom and spot Lucas walking by the side of the road, guitar case slung over his back. Was this his true fate? We know that case can’t have his guitar in it, because Tarver found the guitar in Lucas’ closet. It’s also reasonable to consider that if he truly just left by the road just outside of Kingdom, someone likely would have picked him up, and recognized him from the missing person posters plastered all over town. It may well be that what we see at the end is a form of afterlife. It is interesting that when Halperin and Tarver are in their favorite diner at the game’s finale, Tarver leaves the broken key on the table as they get up to leave, suggesting she has truly left her baggage behind, once and for all.

It is possible to interpret this as reality, however, and that both agents have left behind their careers within the corrupt institution of the bureau and are leaving for greener pastures. On the way they spot Lucas, who had simply decided to leave as well. A brighter ending certainly, though perhaps one that feels the  less likely of the three. If you have any other ideas then please let us know in the comments below; there aren’t likely to be any wrong answers to this one.