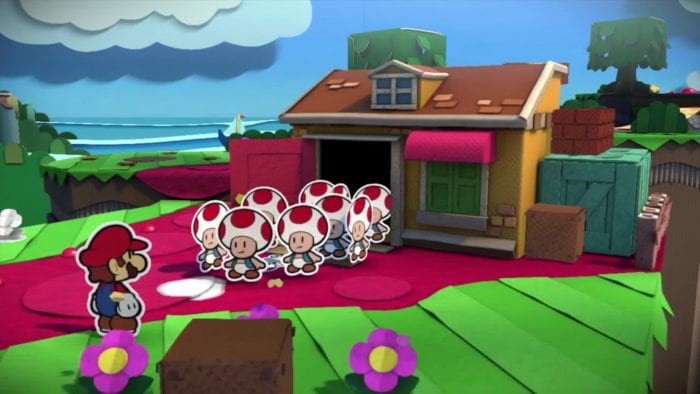 If you just can’t wait for Nintendo’s big holiday Wii U game release, you don’t have to. Or, more accurately, you didn’t have to if you were quick to act this morning when Nintendo accidentally put Paper Mario: Color Splash on sale two weeks early.

Color Splash isn’t scheduled to release until October 7, but Twitter user @Electivirus surprisingly discovered the game to be playable when he digitally pre-ordered and pre-loaded it. Before long, the word spread, and NeoGAF users also picked up on the accidental release.

Nintendo quickly put the kibosh on the whole thing, eliminating the ability to play the game early within hours of Electivirus’ discovery. Kotaku speculates that Nintendo could have purposely leaked its own game to try to get some positive impressions of it circulating given the tepid reception the game has previously received. That’s likely a stretch, and this was probably just an accident, but there’s no denying that things now look brighter for Color Splash than they did yesterday.

Electivirus spent the morning raving about the game, praising its soundtrack, cut-scenes, animations, comedic chops, and “huge” map. Before you get your expectations too high, though, it’s important to note that he was also a big fan of Paper Mario: Sticker Star, which received mixed reviews went it released in 2012. One of the most common complaints about Color Splash has been a perception that it adheres too closely to Sticker Star’s formula and not close enough to older games in the series.