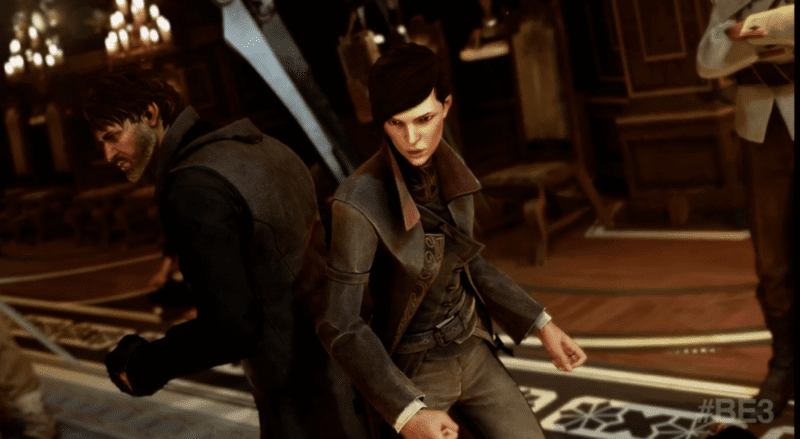 Bethesda’s gone and revealed a new trailer for Dishonored 2 today. Others have been about the story or its two leads Emily and Corvo, but this one is all about the killing, and your powers that can help with that. And they’re certainly creative, if nothing else.

As Emily, you have the ability to tag multiple enemies and pull them towards you. Or, if you’re feeling particularly mean, pull them towards something in front of you that’ll lead to their demise, such as an electric fence or the ledge of a building. Her Shadow Walk power lets her become a shadowy beast that can tear bad guys apart, and she also has an ability that turns the corpses of enemies into Bloodflies that’ll swarm anyone she doesn’t like. Ouch.

Corvo, meanwhile, has the ability to briefly stop time, which he can use to make a hasty getaway or prep some Springrazor traps. (Emily also has these traps as well.) His Blink ability from the first game returns, which he can use to zip up to an enemy and kick them in the face. This time around, he can also hold enemies at knifepoint, which will probably come into play heavily to acquire new information.