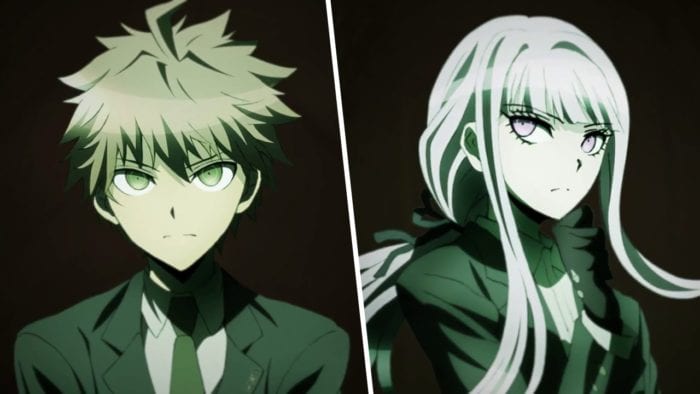 Shortly following the final episode of Danganronpa: the Animation, hopes were high that the second game, Danganronpa 2: Goodbye Despair would receive the adaptation it so clearly deserved. Plagued with criticism regarding its poor pacing, it was believed that there was no chance that the second entry of the murder mystery series would get the anime treatment until it was announced that the summer 2016 season would feature not only one, but two different series’ bringing the Hope’s Peak High School series to its despairing end.

Now, nearly twelve weeks and many delays later, Danganronpa 3: The End of Hope’s Peak High School is finally nearing its finale, and it’s also coincidentally the best time to begin watching if you haven’t already. However, it needs to be said that the series, divided into two halves (Future Arc, focusing on the events following the second game and Despair Arc, following the cast of the second game before the events of Danganronpa: Trigger Happy Havoc), contains many spoilers for the games that are currently available for both PS Vita and PC, and as such should not be viewed without having experienced both of the main titles and its spinoff, Ultra Despair Girls: Danganronpa Another Episode. Confused yet?

It should be noted that the current anime series couldn’t be further from the upcoming game New Danganronpa V3, despite both having a ‘3’ in the title. It’s understandable that some may be confused by the naming conventions, but all you should know is that while Danganronpa 3 ends the current story, New Danganronpa V3 will start a new, seemingly unrelated story with new locations and characters (with the exception of Monokuma, of course).

So, the question stands — why should you watch Danganronpa 3: The End of Hope’s Peak High School?

If you enjoyed the way that each of the series’ entries up until now handled its wide and varied, yet somewhat relatable cast, then you’ll probably enjoy the way new characters are introduced in Future Arc and expanded upon in Despair Arc, especially when it comes to the trio of childhood friends Ruruka Ando (or the “Ultimate Confectioner”), Sonosuke Izayoi (or the “Ultimate Blacksmith”) and Seiko Kimura (or the “Ultimate Pharmacist) and their small arc towards the middle of the series. Because of the limited scope of the series, there are characters who unfortunately didn’t receive the development that fans would have wanted them to, like the “Ultimate Farmer” Daisaku Bandai or the “Ultimate Wrestler” known as the Great Gozu, but that’s honestly to be expected given the nature of the medium.

In Future Arc, your favorite survivors from the first game are each given a significant role to play, though none are particularly surprising given their personas to date. Makoto Naegi is hope incarnate, Kyoko Kirigiri is the enigmatic detective we all know and love, and Aoi Asahina is given a significant amount of development when compared to her status in Trigger Happy Havoc. Yasuhiro Hagakure and Byakuya Togami are both seen at a minimum thanks to their exclusion from the killing game, but they both appear more than Toko Fukawa who is still accompanying Komaru Naegi in the dystopic Towa City from Ultra Despair Girls.

Despair Arc takes place within the Hope’s Peak High School we all know and love, but it’s largely set in areas inaccessible to players during the games and features the cast from the second game so if you’re like a lot of fans who enjoyed the chemistry between the 77th class, you might feel right at home. However, it would seem that this arc suffers even more from the pacing issues of its predecessor and might feel somewhat disjointed due to its balancing act of slice-of-life with the drama that provokes its namesake.

Despite its issues, this arc handles the Danganronpa 2 cast rather well (even though they’re shown at a minimum) and sets up the events of the series in a way that some may find fascinating while others emerge unsatisfied. Certain events that have been teased since the first game are shown in excruciating detail in the latter half of the arc, and while seeing everything come together is despairingly sweet, there’s a twist in the latter half that feels somewhat like a cop-out when compared to the pre-existing chapters of the overall story.

Prior to the first episode of Despair Arc, there was no evidence that Chiaki Nanami was actually a real person after the revelation that she was an AI program for the entirety of Goodbye Despair, but in an interesting turn of events she’s actually one of the main focuses of the arc given her status as the primary source of inspiration and hope for the 77th class. Her relationship with protagonist Hajime Hinata before his transformation to Izuru Kamukura is also interesting, and casts certain scenes from the game in a different light.

Since the location of the Future Arc killing game isn’t a school, there’s a lot more that could be done with the setting, though because we’re unfamiliar with the building it can often get a little confusing where the major action is happening, but that was more-than-likely done on purpose when considering a certain twist revealed later in the series. It’s also worth noting that this arc is the first time the series has utilized the proper coloring of blood (in contrast with the traditional pink blood used in Despair Arc), which helps to establish the much more mature tone.

Thematically, each arc handles topics of regret, guilt, and grief that are used to show the audience a world struggling to recover from a condition it inflicted onto itself and it does a great job at that. When you see a character so otherwise filled with hope be consumed by despair over the regrets they’ve suppressed from their past — even for just a moment — that character becomes real; they become ourselves or someone we know, and seeing them come to terms with the skeletons in their closet, even if they’re thrown into the middle of inner turmoil, is a good feeling.

While there is still one more episode (aptly titled Hope Arc) set to air in place of the twelfth Despair Arc episode at the time of writing this, it can be confidently said that the series is handled rather well despite its inconsistencies and retcons. After seeing how the mastermind behind the events of practically the entire series so far made everything happen, it just seems like it could have been handled in a way that is more in line with the logic and reasoning each title up until now had relied on. That said, it would seem there’s a reason why they’re reportedly hitting the hard reset button on the upcoming game — if they tried to keep the current universe going, it would probably end up falling victim to sequelitis.

If you were on the fence about whether you should indulge in what is likely this season’s bloodiest anime, then ask yourself. Would you like to watch something that, at times, can make the audience visibly uncomfortable, while simultaneously creating a sense of closure to the story threads and character arcs that have developed over the past several years? Are you still reeling from the insane twists present in the first two games? If the answer you’ve come to for any of these questions is ‘yes,’ then you’re just in time to join in on the fun. However, if you’re squeamish or hemophobic, maybe watch it with a friend who can comfort you during the scenes with abundant gore (though you should probably know what to expect by now).