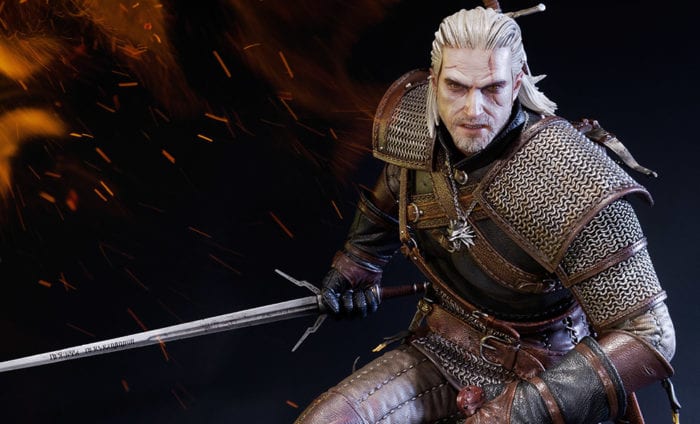 With bloody monsters and awesome looking monster hunters, there are plenty of things in the Witcher universe deserving of their own statues. Developer CD Projekt Red has revealed the latest Witcher 3 statue, and it’s as brutal looking as you would hope.

Taking to Twitter the developer said, “We’re thrilled to reveal the Geralt statue we’ve been working on with Prime 1 Studio.”

Coming in at just over two feet tall, the polystone statue features Geralt standing over a freshly slain monstrosity, sword and knife in hand. With a limited release of 1000 statues, each will run a passionate collector $770 USD. It is currently listed for release sometime between July and September next year.

This isn’t the only recognition the iconic Witcher has gotten recently. Last week, Poland, where the original Witcher novels and stories, and the polish-developed games, are held in very high regard, announced Geralt will feature on his own official postage stamp.

The Witcher 3: Game of the Year Edition released late last month, including the base game and all of its DLC.