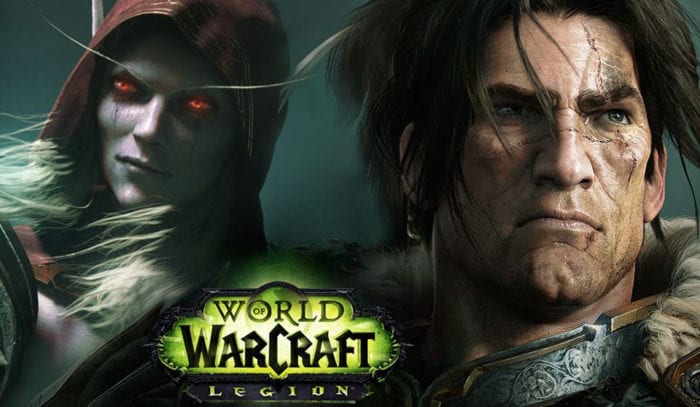 The Burning Legion has returned to Azeroth, and this time they really mean business. Players who logged into World of Warcraft today may have noticed a number of interesting changes, likely the most obvious one being that the whole world is now under attack by hordes of massive demons. The demonic invasions are just the tip of the iceberg, however, because today’s update is part of something much bigger, a prologue of sorts that bridges the gap between the end of Warlords of Draenor and the main storyline of Legion.

The pre-patch event sees players banding together in order to face the impending threat, with both the Horde and the Alliance sending their greatest heroes into the fray in an attempt to stop the Burning Legion and save their planet. Naturally, things don’t really work out as planned and players soon come to the realization that both factions have suddenly become leaderless, and all it took was a couple of tear-jerking in-game cinematics.

The new cinematics show the deaths of Warchief Vol’jin and King Varian Wrynn, two of the most important characters in World of Warcraft, at least as far as the story is concerned. The two didn’t actually do a whole lot in Warlords of Draenor, but they’re providing some hefty, long-deserved tension for Legion – a betrayal to fuel a Horde vs. Alliance mindset that hasn’t seen strong in-game narrative support for too long.

The countless demons pouring onto the Broken Shore were unlike anything the world had ever seen, and despite their best efforts to contain then, the Horde forces quickly found themselves overrun by the relentless enemy. The situation escalated in a matter of minutes, and as Sylvanas did her best to provide air support for the Alliance, the cries for help of her comrades from behind proved things were quickly becoming dire. The Banshee Queen turned around to witness Thrall crawling powerless on the ground while Vol’jin battled several demons nearby.

The Legion eventually claimed the Warchief. One of its Fellguards pierced his heart and left Vol’jin to die a slow and painful death. “Don’t let the Horde die this day,” he whispered to the conflicted Banshee Queen, who sounded the retreat and left the Alliance to its fate.

Hopeless against the overwhelming odds and without any ranged troops, the Alliance was forced to retreat to their gunship, just as the Horde was scrambling on the other side of the battlefield to save what remained of its forces. Sylvanas had seemingly fled the battle and abandoned Varian in his hour of need, an action that will not be soon forgotten by the other leaders of the Alliance. The King of Stormwind ultimately met his end at the hand of Gul’dan and The Burning Legion, and now both the Alliance and the Horde were left leaderless and weaker than ever before.

To an Alliance player, it seemed like the Banshee Queen sounded the retreat for no apparent reason, leaving their king to die even though both factions were supposed to be working together against the Legion. Those who witness the events from the Horde perspective, however, may come to the conclusion that Sylvanas had little choice given the circumstances.

To make matters worse, Genn Greymane had a front seat view of his King’s death, and since he wasn’t particularly fond of Sylvanas (to say the least) even before the incident, one can only imagine the new levels of hatred boiling within him now.

Between the whole business with Garrosh in Mists of Pandaria and this new apparent betrayal, the Alliance have more reason than ever to distrust the Horde and, of course, the Horde always fights back against anyone who challenges them. Average members of each faction had nothing to do with these events, but empire-wide rivalry for the misunderstood actions of a few can be all too common in times of war – or times of massive demon invasions.

While it’s not the most original reason for encouraging two factions to keep fighting against each other, the events a more believable rife than those of previous expansions. Two opposing factions is a gameplay staple for most MMORPG, providing a thematic rivalry and PvP base. While the Warcraft lore behind WoW’s world spreads for ages, it’s nice to see that the developers making an effort to introduce new stories that will justify the on-going war.

At the moment, the Horde and Alliance have a wavering alliance, joining forces in many ways as dozens of players fight alongside one another against the demonic invasions that occur every few hours all across Azeroth. We’ll just have to wait and see if this uneasy truce will hold at least until Legion comes out later this month.