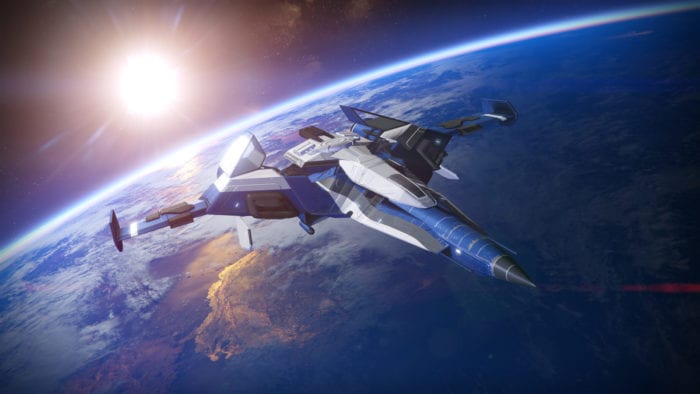 It didn’t take long after No Man’s Sky’s release for players to size it up against Destiny. While the two games sport eerily similar UI designs, both tackle the grandeur of space in wildly different ways. In a recent interview with Metro, Destiny world design lead Steve Cotton thinks the differences are for the best.

No Man’s Sky offers over 18 trillion explorable planets, but Destiny focuses on smaller maps and hand-crafted landscapes. “We talk about this a lot,” Cotton said on open-worlds. “For us it’s not good enough to just make a bunch of real estate. Real estate has to be really well thought out, so you really try to create experiences.

“Everything is very… intentional. And so when you’re hand-crafting and – no offence against No Man’s Sky – but when it’s not done by someone by hand it’s hard to get experiences that are memorable.”

On the topic of procedural generation, the core feature of No Man’s Sky, Cotton was skeptical, noting it can succeed in games like Minecraft, but can come up short when compared to planned worlds.

“I think that’s going to show when you go see the Plaguelands,” Cotton said. “We put a lot of energy into making that new area on Earth feel different to anything in the Cosmodrome, and with landmarks that were compelling to player. You get in there and you’re like, ‘I want to go to that tanker! I want to go to that battle station! That bunker on that hill! And I want to go to that fortress that’s billowing smoke!’ It’s all unique.”

“So we’re really excited about that… especially me because I work with the team, and the designers and mission designers, to make a world, and it was really fun to work on. And we do have a lot of real estate in this release, but it’s really well thought out.”

In response to the UI similarities, though, Cotton had a bit of a chuckle: “No, someone stole something from Destiny?! [laughs]”

More on Destiny and Rise of Iron