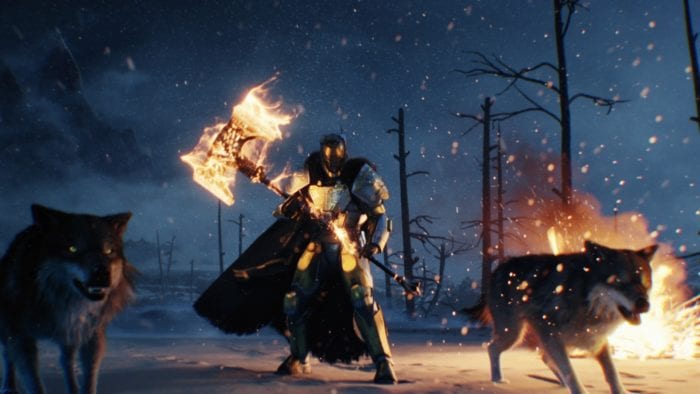 In an interview with Game Informer, Bungie’s lead raid designer Gavin Irby talk a little bit about what we can expect from the raid to be included in the upcoming Destiny expansion, Rise of Iron. The raid will be called Wrath of the Machine, and apparently, players will have to really focus on bringing up their light level if they want to succeed at this challenge. Whereas the previous King’s Fall raid was very technical, and required players to really understand the mechanics of each fight to succeed, it looks like Wrath of the Machine will be heading in a slightly different direction.

‘We’ll see. It’s hard. It’s largely a function of what your light level is versus the raid. King’s Fall has this property of where even if you’re over-leveling the mechanics don’t get easier so it still maintains this high difficulty, which at the time we felt was a virtue because people specifically wanted it and had been asking for it, and I think maybe now the community might be ready for something a little different that they can actually overlevel and get some mastery over.’

In addition to that, Irby also gave a few details about what we’re likely to experience in the raid:

‘We started with some highfalutin’ ideas and literary themes that we were trying to achieve, and through iterations it actually became about smashing s— into other s—. So I guess the smart version of that would be collision. But, it’s definitely about smashing s— into other s—. The Fallen faction with the Siva, that’s partly where that comes from, the hybridization and the idea of these two things coming together, that’s some of the s— smashing into other s—. But in gameplay that just turned into like well, let’s start smashing stuff and that’s awesome.’

I’m not entirely sure how I feel about raid success being more dependent on your light level, but I will admit that smashing things together does sound pretty fun. Rise of Iron is set to be released on September 20.