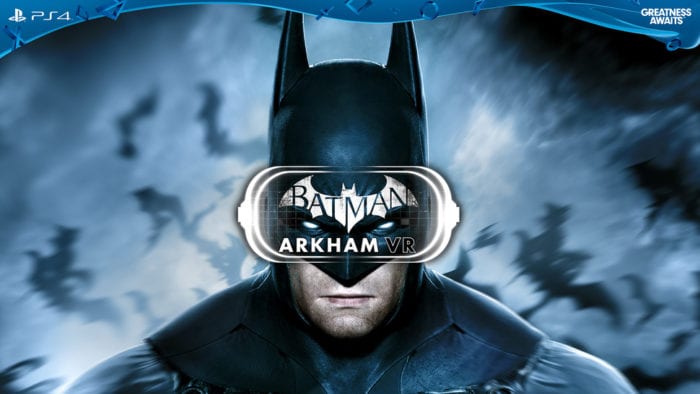 With Rocksteady seemingly finished with the core Batman: Arkham series, now that Arkham Knight has released, they’re close to the release of their new project. A new trailer for Batman: Arkham VR has been released and it features players donning Sony’s PlayStation VR device as they become The Batman.

The trailer, released on the official Batman Arkham YouTube page, focusses on fans that went hands on with the game at San Diego Comic Con last month. Over 500 people were given the chance to ‘Wear the Cowl’ and, if the trailer is to believed, everyone left extremely impressed. You can see the trailer below.

One fan says, “it is the closest thing that you can possibly get to being Batman” whilst another says, “you are Batman.” As you put the headset on, you will see a mirror that reflects an image of Batman. You can then use Batman gadgets, taking advantage of PlayStation VR’s design.

Batman: Arkham VR will be available for PlayStation VR this October.