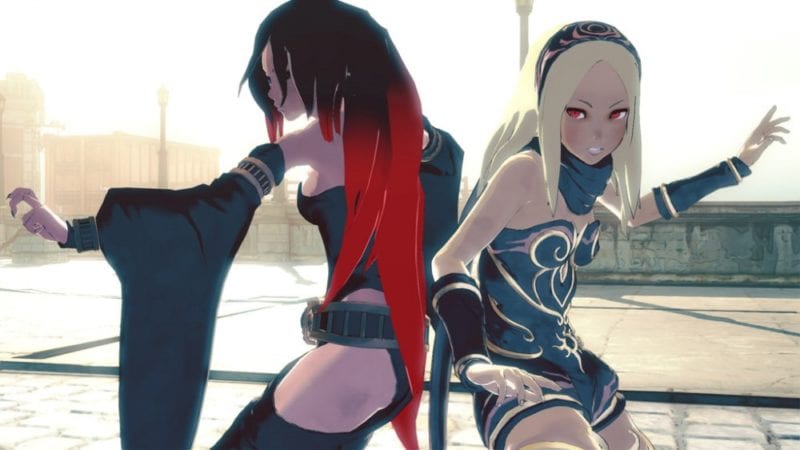 Gravity Rush 2 is Sony’s equivalent of a great young sports player that is stuck on the bench and is waiting for their opportunity for primetime. Perhaps that has something to with its predecessor making its debut on the under appreciated PlayStation Vita. There aren’t any excuses anymore though. Gravity Rush 2 is a brand new entry into the series, appearing on the best selling current generation home console, and based on what we played at E3 2016, it’s ready for the spotlight.

Before digging into gameplay, it’s worth noting Gravity Rush 2’s most impressive feature: it’s visuals. The game looks like a living, breathing oil painting. Everything in motion almost looks like it’s dripping, as if it were fresh paint. It’s hard to describe, and trailers don’t do it justice. Gravity Rush 2 needs to be seen in person on a big HD TV. When it eventually releases sometime this year, it will be one of the best looking games on the PS4. Also, there’s just something about Gravity Rush’s made up language that adds to the game’s beauty. That too is back in Gravity Rush 2.

Kat, Gravity Rush’s cheerful protagonist, is picking up where the first game left off. On the surface, Gravity Rush has a simplistic plot that the casual fans of the game may not have ever played close attention to. However, dedicated fans have picked up on its more subtle details. Without delving into spoilers in this article, it’s worth a quick google search if you want to get caught up.

The demo we played at E3 2016 was pretty light on story details, taking place early on in the game. Instead, what we got a better feel of was its gameplay. Gravity Rush 2 plays very similar to the first game, with one major twist: Kat can now switch between two new gravity styles in addition to her normal style from the original. Jupiter, which increases gravity and slows Kat down, but makes her more powerful; and Lunar, which speeds up Kat’s movements. The ability to alter the power of the gravity Kat has control of adds another layer of complexity to a game that already has a pretty advanced control scheme.

Controlling Kat while she manipulates gravity can be really difficult at first for newcomers. Gravity Rush 2 isn’t noticeably different in this regard, meaning if you weren’t a fan of it then, you probably won’t feel any different about it now. So take that how you want.

A great thing though, that isn’t being lost from the transition from the PS Vita to the PlayStation 4, is the ability to physically tilt the controller in order to line up precise movements and aerial attacks. To someone who has never played Gravity Rush, the though of having to tilt your Dual Shock 4 around while playing might seem sketchy and bring up bad memories of failed attempts to incorporate the mechanic in the past. However in Gravity Rush it actually quite helpful but not required if you’d still rather just avoid it.

Fighting enemies is very similar to the original game. You can fight straight up as regular ol’ Kat on the ground, or fly up and fling yourself at enemies using your powers. Even cooler, is being able to use the Circle button to pull in any nearby debris and then launch those at your enemies to knock them out. I remember opting to avoid that mechanic in the first game, but this time for whatever reason it felt easier to wrangle, and is quite useful in Gravity Rush 2’s combat sequences. Anything to make Kat’s life easier is much appreciated because Gravity Rush could get difficult at times, especially when you’re still trying to master the gravity mechanic. It’s fun, but since it’s so unique, it’s easy to see how some people could get frustrated while trying to learn it.

Arguably the best missions in the first game were the ones that just asked you to explore and fly around the city at high speeds. I got a taste of that during the E3 2016 demo as well. Kat had a snack stolen from her by a gull and you needed to chase it down. There’s just something about whipping around the gorgeous world of Gravity Rush 2 that is so satisfying. The vertical limits are so large, and aimlessly exploring can be just as entertaining as anything in the the game. There will be plenty of ways to distract yourself from the main campaign in Gravity Rush 2 as team members noted that Gravity Rush 2 will have significant more side activities than the original game (which already had a ton). They also noted that the story campaign would be roughly the same as the first.

If you’re a fan of the first game, Gravity Rush 2 is shaping up to be perfect sequel for you. It’s more of what was great about the first, but with additional polish on both gameplay and visuals. Everyone else, keep this game on your radar if you want to add a gorgeous Sony exclusive to your roster. As long as you have an open mind and some patience to master the potentially tricky (at least initially) gravity mechanic, you should be in for a treat later this year if Gravity Rush 2’s demo is an accurate picture of things to come.