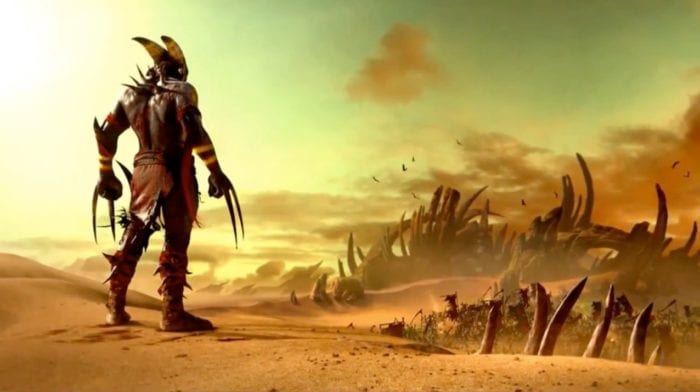 Shadow of the Beast is a reimagining of the original Amiga game, coming to PlayStation 4 this month. Like the original, the game features a universe where futuristic technology and ancient empires dwell side by side. The new game on PS4 is a 2.5D sidescroller with plenty of platforming, puzzle solving and bloody combat.

Other small nods and Easter eggs to the original game have been included by Heavy Spectrum. The new soundtrack is heavily inspired by the Amiga’s and features many of the same elements and themes. The original soundtrack composed by David Whittaker, will also be included as an unlockable. The complete soundtrack will also be available for purchase via the PlayStation Store.

Hi-res artwork of the original Amiga boxart can be unlocked for viewing. Birch says there are many more nods and surprises for fans to find in the new game. Shadow of the Beast launches on May 17, 2016  digitally on the PlayStation 4. You can see a few minutes of the game’s sidescrolling action here.

Are you going to pick up Shadow of the Beast when it launches? Are you a fan of the original, or are you looking to experience a piece of gaming history for the first time? Let us know in the comments.