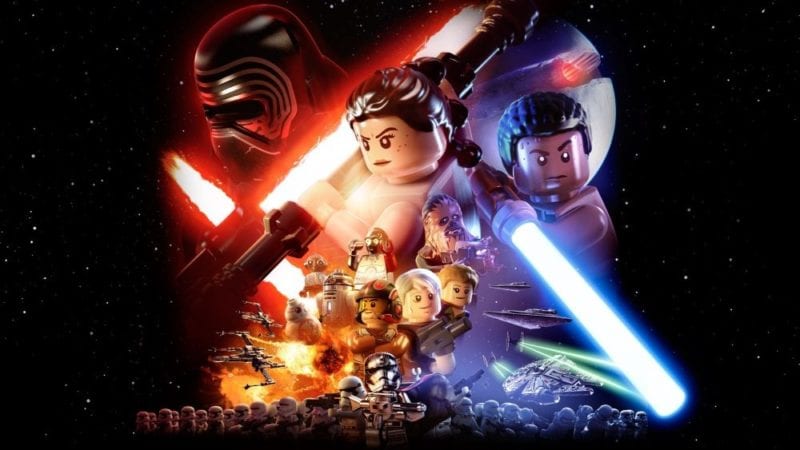 If you felt Star Wars Episode VII might have been a bit lacking, it looks like LEGO Star Wars The Force Awakens may just have you covered. Celebrating May the Forth (be with you) like any good group of Star Wars fans, TT games has released a new trailer well worth getting excited about.

Detailing all the extra narrative being added to the next LEGO Star Wars, the trailer gives us some glimpses of plenty of events not included in the original movie. All the events are more or less cannon however, interconnected with things we know happened for sure.

The extra mission Trouble Over Taul will tie into why C-3PO has a red arm in The Force Awakens. From the comic that has already come out about the mission, C-3PO is sent to find where Admiral Akbar is being held. Rescuing the Admiral then looks to be another mission on its own, featuring Poe Dameron.

Other missions include more details about how Han and Chewie ended up with massive alien creatures on their ship, and even the events leading up to the poorly explained opening of The Force Awakens, including content about Lor San Tekka, the old man at the beginning of the movie.

Speaking with Time, Lead Writer Graham Goring explains, “We always knew we wanted to explore some other story stuff and luckily there are these questions you have when you see the movie that people would like answered. In four of those new adventure levels [of six total], we’re the first one to tell those stories, including the Ottegan assault.”

In terms of how LEGO Star Wars The Force Awakens fits within the larger framework of the LEGO games, he says, “So if you’re someone who’s feels they’ve got a little bit of LEGO fatigue, come back in, because I think this game has got loads new to show you. It’s our best game yet, and it’s Star Wars as well, an absolutely loving celebration of Star Wars.”

The next LEGO Star Wars is set to release June 28. Until then, May the Forth be with you.