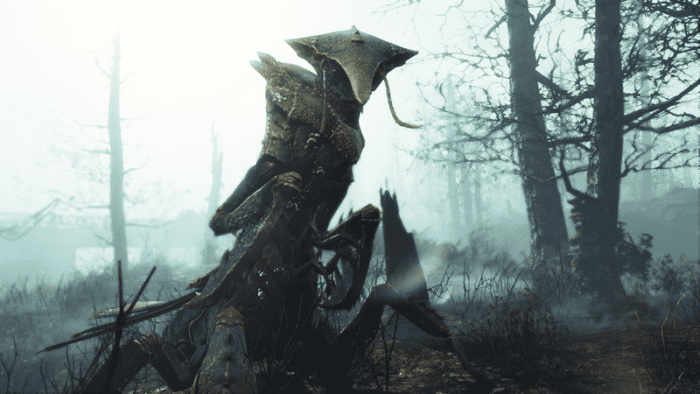 Far Harbor is finally out as the third expansion for Fallout 4 and players will already be busy exploring the eerie island. With plenty of quests and new NPCs to talk to, you can rest assured there are plenty of enemies waiting to tear you limb from limb.

While you’ll have already seen some of these enemy types while wandering around the Commonwealth of Fallout 4, Far Harbor spices them up a little, making them much more dangerous to bump into. So here’s every new enemy that resides on Far Harbor, and the best ways to take them down.

Just like the fish of the same name, these guys have a luminous tentacle on their head which makes them easy to spot from a distance. The Angler has the ability to absorb the fog that fills the air of Far Harbor and spit it out like a fireball.

For these guys, it’s best to get up close and personal with some sort of shotgun. Staying close makes it much harder for Anglers to hit you with their lethal projectile, and with a high-powered weapon, you can take care of these guys pretty quickly. You’ll want to take out their back legs if you can get behind them as this is their weakest point.

Bloodrage Mirelurks are the things that nightmares are made of. These guys are much more resistant to damage and a heck of a lot angrier, making their attacks much more lethal. Therefore, you’ll need to take them out from a distance, preferably with explosives to make short work of them.

Always try and target their front, as this is their weakest point. You can still deal damage to their hard, outer shell, but it won’t get you very far.

Creepers or Fog Crawlers can be found lurking in the fog, as their title suggests. They’re also often not too far away from water and have multiple legs. Basically, they’re some weird combination of a Praying Mantis, and a Mirelurk.

You can try shooting at their legs, hopefully crippling them and slowing them down, but we’d always suggest some serious explosives, or to try and take them down from long-range stealthily.

While we’ve all seen plenty of Ghouls at one point or another while wandering the Commonwealth, Far Harbor’s creatures are much tougher.

While it’s always a good idea to shoot the legs of any Ghoul you come across, be prepared, because these Ghouls are tougher and won’t fall over even when you fill them with lead. A high-powered shot to the face, either long or close range will do the trick with Ghouls. Just make sure they don’t creep up on you.

Gulpers are amphibious creatures that you’ll find near any source of fresh water. They can be particularly tricky to target in V.A.T.S because of just how quickly they move. If you see a pack of them, it’s probably best to start running, as they can cause you some serious problems in groups.

Because of their high-speed, you’ll want to try and take them out from a distance, preferably undetected so you can get a couple of free shots in. V.A.T.S. is a no-no because of their speed, so you’ll have to rely on your own aim to kill them.

Trappers are basically Far Harbor’s version of your ordinary Bandits or Raiders. They don’t have any new ability or weapon to surprise you, but be wary. Far Harbor’s enemies are much stronger than what you’re used to on the Commonwealth mainland, so always go into a conflict well prepared.

Just like the mutated dogs that can be found on the Commonwealth mainland, Vicious Wolves will bite you relentlessly if you let them get too close. They are much tougher and will deal even more damage, too. Therefore, it’s best to keep your distance and take them down with a high-powered sniper rifle of some sort.

Be warned though, they can also come in Feral and Glowing varieties, making them even tougher again.