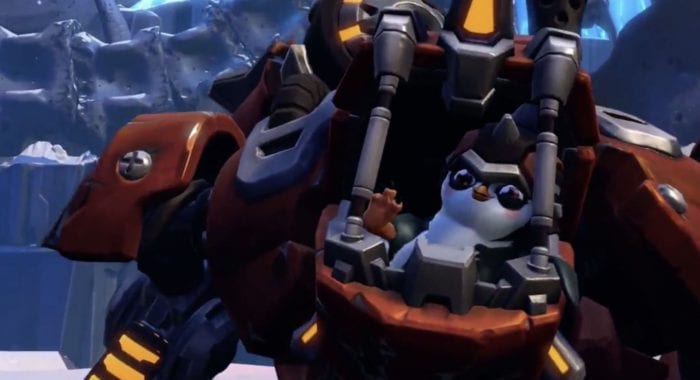 Battleborn has an array of unique characters for you to pick and choose from. Toby is the absolute cutest one. This little penguin might be adorable, but don’t let him fool you. He’s built himself a giant, mechanical death machine.

“Despite his talent for engineering, Toby was rejected as a potential Peacekeeper conscript due to his adorable and diminuitive form. Toby then offered his genius to the Rogues, where he can pour his anxious, self-loathing energy into the construction of walking death machines.”

How to Unlock Toby in Battleborn

In order to get Toby, you’ll need to either reach Command Rank 24 or win five matches as a Rogue character.