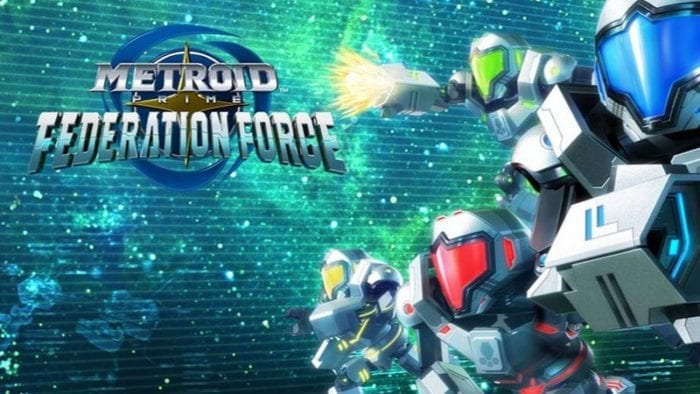 The whole ‘Metroid Prime: Federation Force not being a controversy’ ship has long set sail for Nintendo. The company rarely goes under heavy fire from its fans when it comes to their first party titles, but Federation Force has been a lightning rod for criticism from even their most loyal followers. I had the chance to to play it PAX East 2016, and while it wasn’t poor by any means, I didn’t play anything that would inspire me to stick my neck out in defense of it either.

The biggest criticism of Metroid Prime: Federation Force is probably the use of the Prime brand but not including titular heroine Samus, a complaint I definitely sympathized with during my play. I only got to play one mission, but there weren’t any characters or dialogue that were particularly interesting or memorable. Myself and three other players were sent to a power plant of sorts to check out some generator. Everything just felt like mission filler typical of team-based games, focused more on the gameplay than story. Of course, that could change once these operations are in the context of the full game, but that’s the impression given during this PAX East 2016 demo.

The beginning of the demo was quite dull itself. My teammates and I were cramped in tight corridors with only a few enemies to kill. By the time I pushed through to the front to see what was attacking us, the enemies were already dead. This went on for a little while until we finally reached some open space.

This next area was much more spacious and required us to kill enemies while in search of a way to blast a locked door open. Nothing groundbreaking, but I was at least able to mess around and get a feel for the combat.

Combat is what you would expect: You can run, hover, shoot, lock-on, and charge up powerful attacks. What I thought was going to be a disaster, but actually worked fine, was using the tilt feature to help your character aim up and down. You only need to tilt the 3DS ever so slightly before being able to lock on. You can also use the second analog nub if you have the New Nintendo 3DS.

Metroid Prime: Federation Force is designed to be a team game, and Nintendo highlights this by forcing players to share ammo resources pre-mission. There’s a finite number of ammunition and special attacks available to be equipped before the mission starts, and it’s up to the team to decide who gets what. For example, you can have a couple of people take their own med-kits, or have one player take all of them and hang back as a medic of sorts. I can see it just being a dash to grab your favorite stuff online, but it’s a neat mechanic either way.

Eventually we made it to some more challenging fights, passing through a horde of enemies to reach the boss room. What was nice about this boss room is that it utilized a little bit of platforming and critical thinking and wasn’t just a mindless shooting gallery. We had to attack an exposed generator and then retreat to find high ground, otherwise we would get damaged by some kind of toxic substance. This separated the team a lot of the time, and we had to fight off additional enemies on our own until we were able to attack the generator again. You definitely need to be paying attention to what you’re doing, because if you’re sleepwalking through the tougher parts, you’ll get your health dropped pretty fast. This mission in particular was very simple, but I’m hopeful that the game builds on that notion of platforming and shooting as the game progresses.

I came into this demo really wanting to be impressed with Metroid Prime: Federation Force so I could defend it from the barrage of criticism it has received since its debut, but I can’t quite do that yet. For a lot of the time during my PAX East 2016 demo, I was uninterested with what was going on, and right when I was about to write it off, it showed me a flash of greatness. Right now, if you’re a fan of the series, you’re going to just have to wait and see if the co-op elements, story, and gameplay come together in the full package.