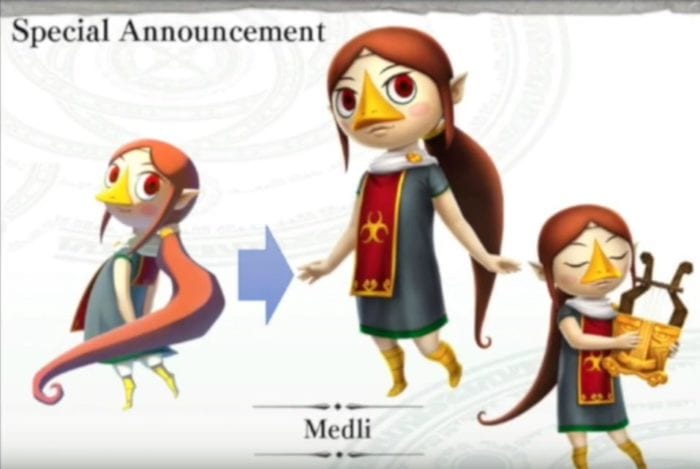 Then several weeks later, just after the game had released, Nintendo held a developer’s panel at WonderCon in Los Angeles. This is where it was first revealed that Marin from Link’s Awakening would also be joining the cast. Just before that was the first look at Medli’s gameplay trailer.

Nintendo has uploaded the full 45-minute panel to their YouTube page, but if you just want to see Medli in action, the clip below is exactly what you’re looking for.

Hyrule Warriors Legends holds a plethora of surprises and nods to past entries in the Legend of Zelda franchise, including the ability to play the ocarina on loading screens. If you are having trouble transferring the new characters to your Wii U version of the game, check out our guide for help.