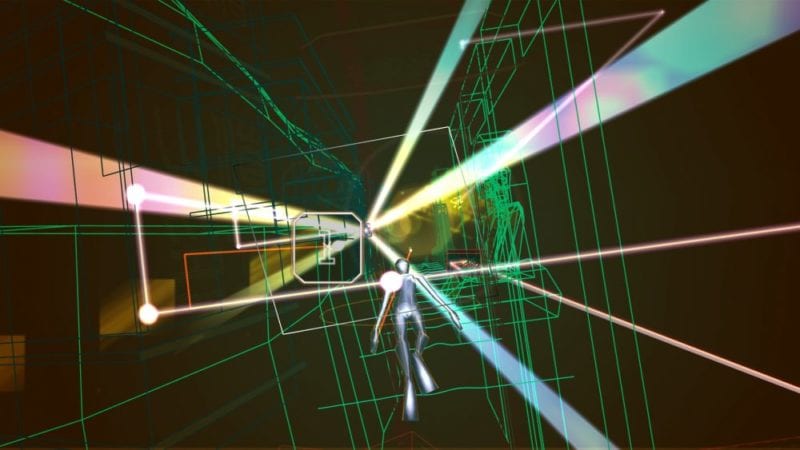 With the imminent release of PlayStation VR, the gaming world is abuzz, as well as fans of the classic on-rails shooter Rez. Since its days on the Dreamcast, Rez has seen various re-releases on different consoles, but the PlayStation 4 may be seeing the most drastic addition to the game.

When Rez HD was released for the Xbox Live Arcade in 2008, many of the changes were cosmetic, making for a gorgeous new way to experience the game. Rez Infinite, however, is due to bring an completely new level called Area X.

While the recent trailer for Rez Infinite showed a short and distorted teaser for Area X, but series producer Tetsuya Mizuguchi, who first conceived the idea of Rez, has revealed concept art offering a sneak peak at what they may be going for, as for the general theme of the level.

Fans of Rez will know that the game’s six levels each feature a unique aesthetic to complement the individual techno track that will unfold throughout the stage. As a result, each stage is wholly its own distinguishable and extraordinary experience. With the original development team working on Area X, another fabulous level is almost guaranteed.

Area X seems to be following in the same vein altogether, but with the technological advancements available to the developers, thanks to the PlayStation 4’s hardware. If Area X ends up looking close to this concept artwork, then fans of Rez can look forward to another fantastic stage. Here’s hoping the success of Infinite perhaps even opens up the avenue to an all new sequel. Please, give Rez 2. We’ve been good all year.

There’s no word yet on when exactly Rez Infinite will be released, but we’ll fill you in with more information on the way to its release, and whether or not it will be a launch title with PlayStation VR this October.