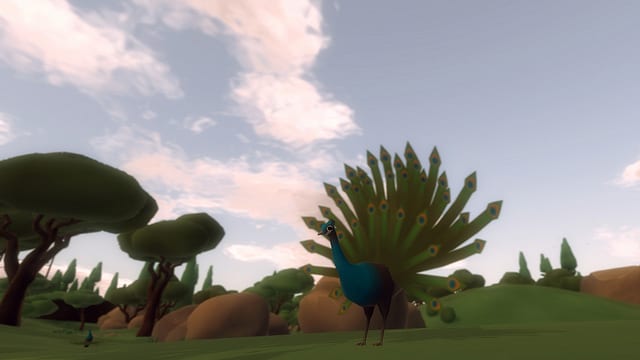 Artist David Orally has announced his new game, Everything, for Playstation 4 in a personal post and reveal trailer on Playstation’s blog.

Oreilly broke ground in the gaming industry with the release of his $1 title Mountain in July 2014, but he is probably better known for designing the sequences in the games Joaquin Phoenix’s character plays in the film Her.

“In Everything, every single thing is a playable character; if you can see it, you can be it,” Oreilly wrote. “Everything lets you be anything you want. If you ever wanted to see what it’s like to be a horse, or a paperclip, or the sun, this is for you. Your main power in the game is Being (there are more but I won’t ruin the surprise).”

The trailer, available below, depicts different objects, animate and inanimate, circling each other as time passes. The scale and number of objects circling one another increase dramatically as the trailer goes on and depicts a picturesque world reminiscent of downloadable titles Firewatch and to a lesser extent Entwined.

No release date was given, and Oreilly was upfront in stating the time sucking nature of this project.

“This very simple idea has involved years of research and development, as virtually all game engines expect a lot of things to be static and non interactive,” he explained. “…we developed an entirely new way to create and design levels, which treat objects more like ecosystems, and slightly closer to how they would be in nature.”

Everything will launch exclusively on Playstation 4 sometime down the line with the only time table being, “As soon as we finish it!”