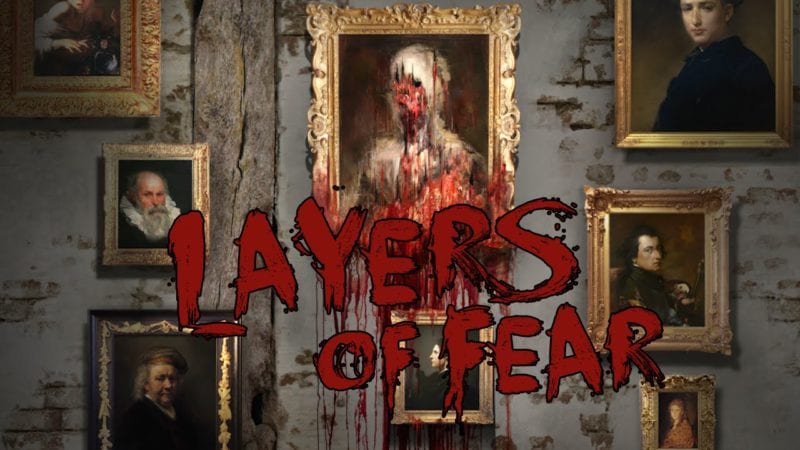 Layers of Fear for PlayStation 4

There have been plenty of games that explore themes of insanity. Layers of Fear takes on this task through the lens of the horror genre, putting players into the role of a tormented painter struggling to create his final masterpiece. Along the way, players will piece together a story of tragedy, frailty, and a man’s descent into utter madness. Drawing imagery from the art that it revolves around, Layers of Fear creates a memorable and subtly terrifying tale.

Layers of Fear begins as players enter an empty house. A few on-screen prompts give some direction on the game’s controls, and from that point forward, the game sits back and allows players to find their own way. While I spent some time in this early going fumbling around and trying to figure out where I was meant to go, it wasn’t long before I was sucked into the protagonist’s story and enthralled by the game’s world.

The entirety of Layers of Fear takes place inside the run-down, debris-riddled house. That’s not to say there won’t be plenty to explore, though, as the building itself seems to shift and change with the swelling madness of its inhabitant. Doors that players have gone through may not lead back to where they came from previously, and sometimes may simply stop existing altogether. It’s an incredibly disorienting experience, but one that’s expertly implemented.

Despite the fact that Layers of Fear is very much a horror game, it doesn’t follow many of the genre’s standard rules. There aren’t any true monsters to be found, other than those lurking inside the mad painter’s mind. Death is not waiting around the next corner, though a collapse into darkness very well may be. There’s little threat of danger, really, though plenty of the unexpected simply lying in wait for the player to find their way in.

The story that Layers of Fear tells is one that’s not spelled out. Told in fragmented memories tied to objects found around the house, the tale focuses on the painter’s wife and daughter, as well as his own involvement in the tale. I’ll avoid anything specific, since it’s a story much better discovered through play, but the prevalent themes of loss, guilt, and regret abound throughout the entire game.

While it lacks some of the heart-pounding threats and moments of the genre, Layers of Fear still excels in its horror. There are jump scares scattered throughout, but most of the game’s focus is on a subtler, more psychological kind of terror. Twisting hallways, tight corners, and unpredictable shifts to the house’s structure are everywhere. Players may find themselves in a hallway that seems to stretch on forever, only to turn back and find that the door they entered through is mere steps away.

Of course, it can’t all be random changes to architecture that drives play in Layers of Fear. Puzzles scattered along the way will test the player’s problem-solving, often in non-traditional ways. There’s more than one room that, at first glance, has no exit at all. The game doesn’t provide many, if any, hints to these situations, and it’s up to players to either find a way out, or simply struggle against the confusion until the twisted mansion releases them from its stranglehold.

Layers of Fear creates an immersive experience with its stunning graphics, engaging story, and particularly well-crafted story. While players must piece much of the game together for themselves, it’s a worthwhile experience. It may be a more casual kind of horror experience than what more dedicated genre fans may be looking for, but even so, Layers of Fear gets a hearty recommendation simply for its role as a beautiful and seething look at a degraded mind. You can pick the Early Access version up for $19.99 on Steam, or head to the PlayStation Store on February 16 for the final cut.