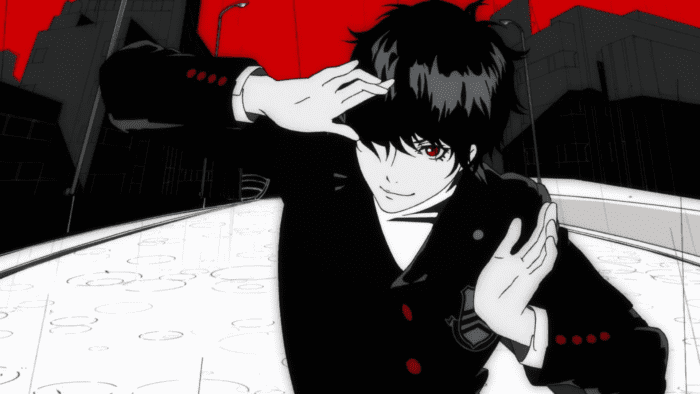 Imagine this: you live in a world where you’ll only be able to buy one of two of the biggest JRPG juggernauts rumored to be released in summer 2016. No one cares if you have the money for both games, you can only pick one. Which is it going to be? Final Fantasy XV, or Persona 5?

While Final Fantasy is clearly the bigger franchise of the two, I’m here to tell you that you just might be better off putting your bets on Persona 5 instead. From what we’ve seen (and played) of Final Fantasy XV so far, it’s pretty obvious that this entry, just like its predecessors, is going to be all about embarking on an epic adventure with your friends and ultimately saving the world from the bad guys. The Persona series does pretty much the same thing except on a much smaller scale where you usually take on the role of a high school student and go about your daily business while kicking some ass on the side.

Here’s the thing about the Persona series: while it certainly is a smaller franchise and doesn’t have years and years of legacy behind it like Final Fantasy does, the series has become known for creating characters that are both relatable and likable at the same time. With the implementation of the social link system in Persona 3, all the characters you encounter in the game will seem to fit a certain stereotype at first glance. However, the rich, aloof girl is actually a badass who rocks a motorcycle; the annoying best friend who seems jealous of you all the time actually has an inferiority complex.

It hasn’t actually been confirmed that Persona 5 will bring back the social link system. After all, we’ve only seen 5 confirmed party members from all revealed footage so far. However, given Atlus’s track record of creating some seriously interesting characters (not only in the Persona games, but in the Shin Megami Tensei series as a whole), I’d think it’s a pretty safe bet to say that Persona 5 will certainly deliver on the characterization front as well.

That’s not to say that Final Fantasy doesn’t have great characters either. The problem with most supporting characters in Final Fantasy is that they’re often there for just that: support. With the exception of the phenomenal Final Fantasy VI, most of the other installments in the series barely have any character-related side content at all. Sure, you do get to help Lulu attain some closure by facing off against the optional aeon Yojimbo, and you have the option to watch Yuffie fight Godo in Wutai. The issue here is that there’s never a character arc that you’re able to follow through from the beginning to the end, and the reason for that is simple – the stories in Final Fantasy center around the protagonist and his or her quest to save the world, and your other party members are simply there for support.

Final Fantasy VI is the obvious exception to this standard, seeing as you have a good three characters that are all more than worthy of being considered the game’s true main lead. But for the most part, the Persona games do a far better job of getting you to root for these characters because of the simple fact that there is a complete development arc for you to follow for each of them. These games are centered on a group of characters, creating a sense of camaraderie that feels more believable and easier to throw your support behind.

More importantly, the characters in the Persona series are mostly grounded and relatable. You’ve got students, parents, and middle-class citizens struggling with everyday problems, as compared to the icons of Final Fantasy who always seem to have the weight of the world on their shoulders. It’s nice to be whisked away to a faraway fantasyland where you and all of your party members are given incredible fighting prowess and magic abilities right from the get-go. But sometimes, it’s nice to bask in the glory of an everyday hero story that revolves around a group of ordinary people, just like us, who realize they have the potential to do something much greater with their lives.

Not to mention, the Final Fantasy brand has languished in recent years. Ever since the release of Final Fantasy XIII and its slightly less disappointing (though still not very good) sequels, there is little doubt that Square Enix just hasn’t been able to produce a game with a story that meets the standards of past entries. They just don’t make ’em like they used to. Final Fantasy XV has been in development for nearly a decade now. And even though we’ve gotten a playable demo for the game earlier this year, it simply hasn’t shown enough of the title’s story and substance to inspire confidence in me that the journey here will bring the Final Fantasy series back to form.

Simply put, it’s difficult to predict the quality of the storytelling and writing we’ll be getting with Final Fantasy XV. It’s a beautiful game, that’s for sure, but we all know graphics don’t make a great game. On the other hand, the Persona games do make changes with each entry as well, but they have at least been rather consistent in the quality of their storytelling and gameplay. The series is relatively young, as compared to Final Fantasy, and it still has plenty of potential to grow and evolve.

As it stands, I’d probably buy both Persona 5 and Final Fantasy XV at the same time. Asking me to choose one over the other is like forcing a parent to decide which child they like better (Girls, girls, enough. You’re both pretty). But if it really came down to it and you could only pick one game to buy, you just might find yourself better rewarded by taking a chance on a smaller, but no less impactful, JRPG series.