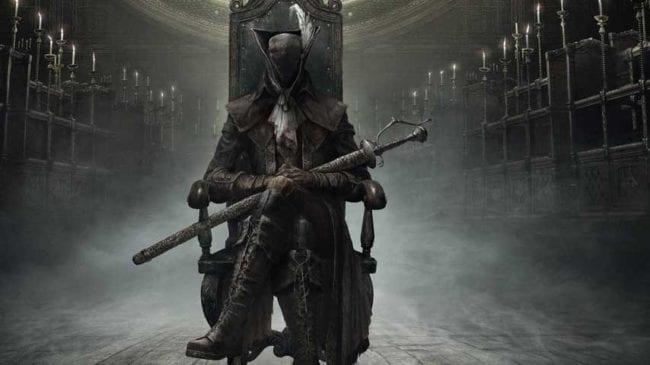 Bloodborne: The Old Hunters on PS4

After a week of losing sleep and battling accursed bosses at four in the morning, I’ve done it. I’ve finally overcome the towering challenge that was Bloodborne: The Old Hunters.

Let’s get the essentials out of the way. Should you buy this expansion? If you’ve played through the base game of Bloodborne and absolutely loved it, the answer is a resounding “yes.” The Old Hunters offers re-imagined versions of two locations from the base game, along with another two additional areas we’ve never seen before. Along with that, the expansion also provides us with four challenging bosses, and one optional boss. However, perhaps the biggest reason for getting this expansion is the fact that it provides players with the toughest challenges we’ve encountered in Bloodborne yet.

Allow me to provide a little bit of context: I, like most other people, beat Bloodborne back when it came out earlier this year. I hopped into new game plus, messed around with the Cleric Beast and beat him, then left the game alone for a good 8 months until The Old Hunters dropped. The problem is, the new content in The Old Hunters has a level recommendation of 65 for those playing through a new game. As my character was already on new game plus, the enemies were significantly tougher, and so the level requirement was much higher, as well.

Even when I finally got my character up to an acceptable level (read: a level where I stopped getting embarrassingly whipped by the first boss), The Old Hunters doesn’t pull any punches when it comes to trying to kill you. Indeed, the very first enemy type you encounter is a hunter-like foe that wields weapons similar to yours. While they’re not quite as deadly as the hunter enemies from the base game, these guys have no qualms whatsoever about exploiting your unfamiliarity with their movesets to send you back to the Hunter’s Dream.

There are also full-fledged blood-addled hunters to fight in this expansion, and boy, are they scary. It’s absolutely terrifying to hear the cry of a human NPC and turn around to see a red-eyed madman swinging at you wildly with a dangerous weapon. It’s not all bad, though. Those new weapons you see these guys slinging around? You get to check them out, too.

There are 10 different weapons to obtain in The Old Hunters, and this doesn’t even include the new firearms in the expansion. Let me tell you, some of these weapons are insane. One of my favorites, the Whirligig Saw, is essentially an oversized pizza cutter that slices up anything in my path. The Bowblade is another flashy new weapon that acts as a fast dagger in one form, and has the ability to transform into a bow that allows you to attack from a distance.

The variety of weapons in The Old Hunters is extremely welcome, and it certainly helps that they cater to a good number of builds, as well. The base game received its fair share of complaints that there weren’t enough weapons for those who went with arcane and bloodtinge builds. The Old Hunters remedies this problem by giving players a whole slew of new toys to play with. The only problem with this is that it’s next to impossible to properly utilize all of the new weapons unless you’ve been farming for upgrade materials. The Old Hunters does provide you with materials, but only enough for you to experiment with one or two of the new weapons.

While the first half of the expansion reuses old locations with a few changes here and there, it’s still refreshing (and also very disturbing) to see the ruined city of Yharnam in an even more nightmarish light. The latter half of the expansion takes players to a fishing village that feels like a direct love letter to Lovecraft, whose stories have greatly influenced Bloodborne’s design and lore. Speaking of lore, Bloodborne lore fiends will find plenty to uncover in this expansion. As was the case with From Software’s Souls games, there are more questions than answers, but the expansion provides a great deal of new information for fans to pore over and attempt to piece together the cryptic story.

The Old Hunters could not have dropped at a better time. After months of being away from Bloodborne, the game has once again wormed its way into my life, and once again, it’s all I can spend every waking moment thinking of. Now if you’ll excuse me, I have more new weapons to hunt down.