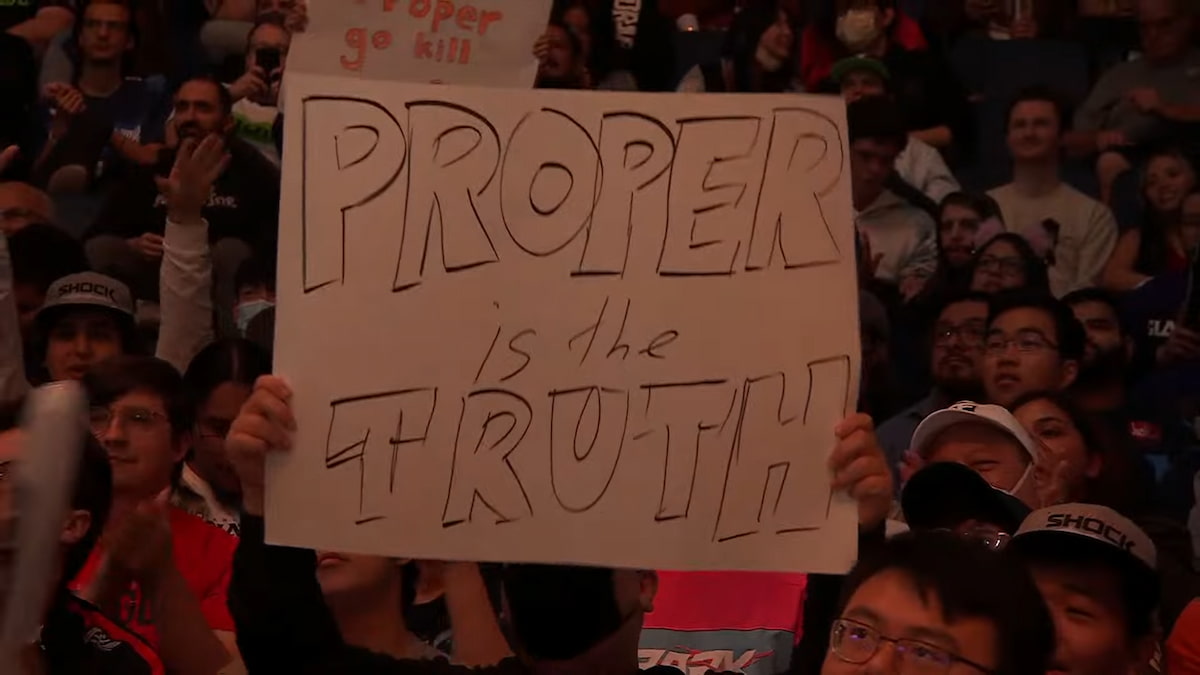 The most prestigious tournament to grace Overwatch is the Overwatch League or O.W.L. While many pro players gave us sick montages throughout the tournament, only a few truly stand out. We are giving the crown to the 2022 Regular Season MVP, Alarm Rookie of the Year and Role Star, Proper, from the San Francisco Shock.

Who Is Proper and Why is He the Best Overwatch League Player?

Proper is a D.P.S. player from the San Francisco Shock who came in the 2022 O.W.L. swinging with his guns blazing. In fact, he shocked the world with his outrageous plays and vast hero pool.

Proper can play either hitscan, flank, or sniper heroes seamlessly. His Sojourn is one of the most lethal heroes you can face in-game, and is most famously known for being the best Sojourn player in the world. He always converts his railgun charge into an insta-kill, which many pro players fear.

Proper is also the only player to achieve all of the awards in a single season from O.W.L. His split-second decision-making always provides “Proper” spacing for his teammates to give them the advantage they need. Proper’s overall game sense, aim, positioning, and unbelievable reaction time in Overwatch 2 get the crowd roaring. Even casters and opponents are in awe of his skills.

As we mentioned, Proper has a vast selection of heroes within his arsenal. Here are a few of them:

These are all the traits that a team can ask for, as he can fill any role that the San Francisco Shock needs. Although they didn’t win the championship trophy for 2022 O.W.L., falling short of the Dallas Fuel in the finals, Proper is almost always the best player on his team in each match, whether winning or losing.