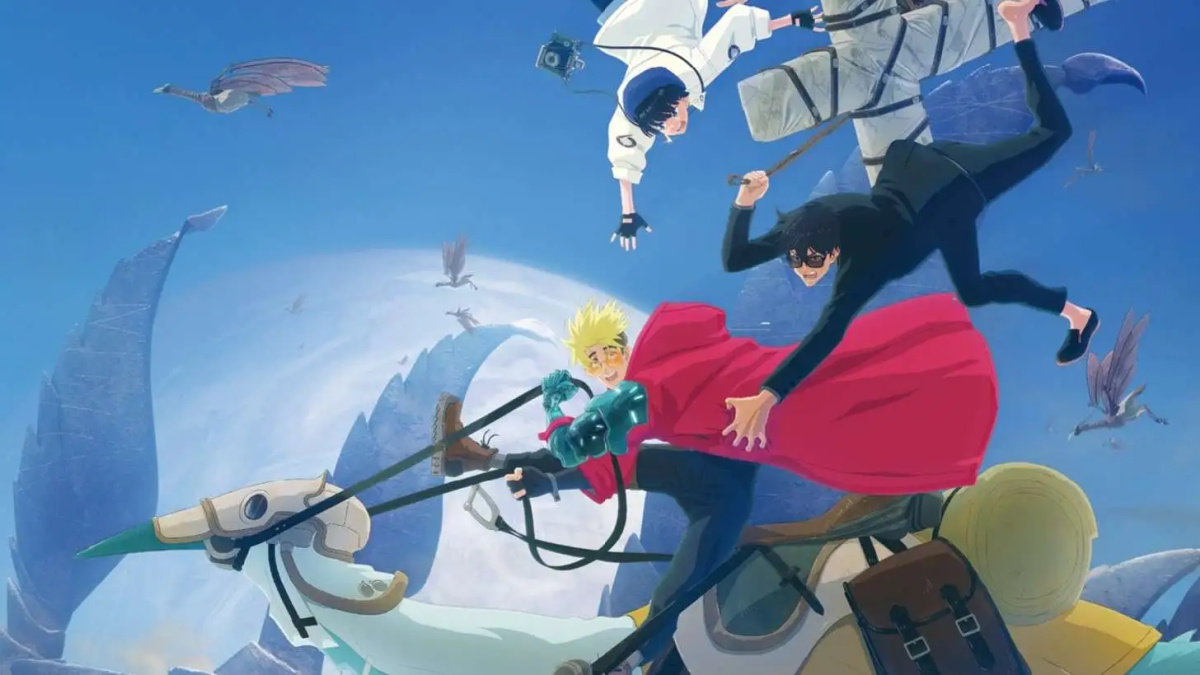 Nostalgia is a funny concept, especially when it comes to something like Trigun. A hit series of the ’90s anime scene and an especially hallowed series for western anime fans, the show has taken on a deeper value than people may realize. This has elevated the series to the point of being put on a pedestal by older fans, with some even mythologizing it despite its flaws growing more noticeable with each passing year.

This puts its new remake, Trigun Stampede, in an interesting position. While it certainly could have catered to longtime fans of the series and remade the ’90s anime adaptation with modern animation, it also had the opportunity to address the issues of the revered classic. It could make the series all that it could be, and could have been if there were a way to hone it past the technological limitations from so many years ago.

As one may have guessed by the trailers for Trigun Stampede, the show aims to do the latter. It boasts revised character designs, an expanded adaptation, and a new 3D animation style that is nearly unrecognizable from the original series. Now, having watched the first episode, I can safely say that the show is no longer the same Trigun that me and fans like me fell in love with so many years ago.

And honestly, the show is exponentially better for it.

To be sure, its core premise is still the same as the original show and manga. On a far-off alien planet covered in sandy badlands, a lone gunman clad in red named Vash is wanted for various crimes. He carries an astronomical price on his head, and some of the most powerful forces on the planet are intent on taking him in by any means necessary.

After being rescued by the aspiring journalist Meryl though, it becomes clear that Vash is not the vile criminal the authorities make him out to be. Instead, he’s a pacifistic and kind-hearted wanderer whose goals may be more altruistic than anyone realizes, with the fate of the planet and its population riding on his success.

Longtime fans won’t find any major revisions in this regard, and newcomers will have no problems figuring out the broader strokes of the plot. There are still plenty of antics to be found throughout too, with Vash and Meryl’s schtick of an aggressive reporter clashing against a peace-loving goofball and physical comedy made at Vash’s expense.

And yet, at the same time, Trigun Stampede carries a major advantage over the original Trigun anime: it has the full plot of the manga to draw off of, and boasts far better pacing as a result. The story has a clearer endpoint in site, and sets off toward it with little to no hesitation. This makes every interaction, and the subsequent action that takes place over the course of the remake’s first episode, that much more fun and engaging to be taken in by.

Only helping this is the show’s animation, which has also experienced some drastic changes. Gone is the 2D style of the original Trigun, replaced by a new 3D style done by Orange Co. of Land of the Lustrous and Beastars fame. This should already come as good news for those who have seen these shows, but those who haven’t will only need to watch Trigun Stampede in action for a few moments to see how much of a boon this change is.

Characters move and interact with the world seamlessly, given a fluidity which would be exponentially more difficult to achieve with traditional 2D art. Action is more cinematic too, and and lends the series an absurd amount of spectacle for its more climactic moments. I was floored by just how striking the first episode’s action set pieces were, and can’t wait to see what will be done as the series continues throughout the season.

Topping this off are the new designs for most all of the major characters. As shown in the trailers for the series, Trigun Stampede sees Vash, Meryl, and the rest of the main cast sporting new looks that fall more in line with modern anime character designs.

While this was odd at first, I have to admit that the new designs work wonderfully in execution and don’t detract from the wider experience. If anything, they help make the show feel less like a relic of the past and allow the timeless story to become more palatable.

But then, with all of these changes, it’s tough to say that this is still the same series as either its source material or the original anime adaptation. Instead, it’s something entirely different, serving as an offering that falls between a firm remake and a reinterpretation. It’s not exactly what fans have been clamoring for ever since the concept of remakes for older series emerged, and it manages to be something even better as a result.

And really, that’s the biggest point in its favor. The Trigun of the ’90s already exists, for better and for worse. Trying to recapture what it accomplished whole-hog would only result in it being compared endlessly to the original product, and would likely drag both down in the wider anime community’s view as a result. By attempting to be its own entity, Trigun Stampede avoids this problem, and sets itself up to establish its own legacy in a way few other series have ever managed.

Change can be scary, especially when it comes to something people hold dearly. It can be hard to see something one cares about altered, or to realize that something which felt so special has lost its luster in the eyes of the wider community. Despite all this, Trigun Stampede offers the best possible outcome for changing a beloved series, and should be on the radar of even the most diehard fan of the Sci Fi western classic.

Twinfinite was provided with a screener for episode one of Trigun Stampede by Crunchyroll. Trigun Stampede is set to premiere on Crunchyroll on Jan. 7 in Japanese with English subs, while an English Dub will be released at a later date.