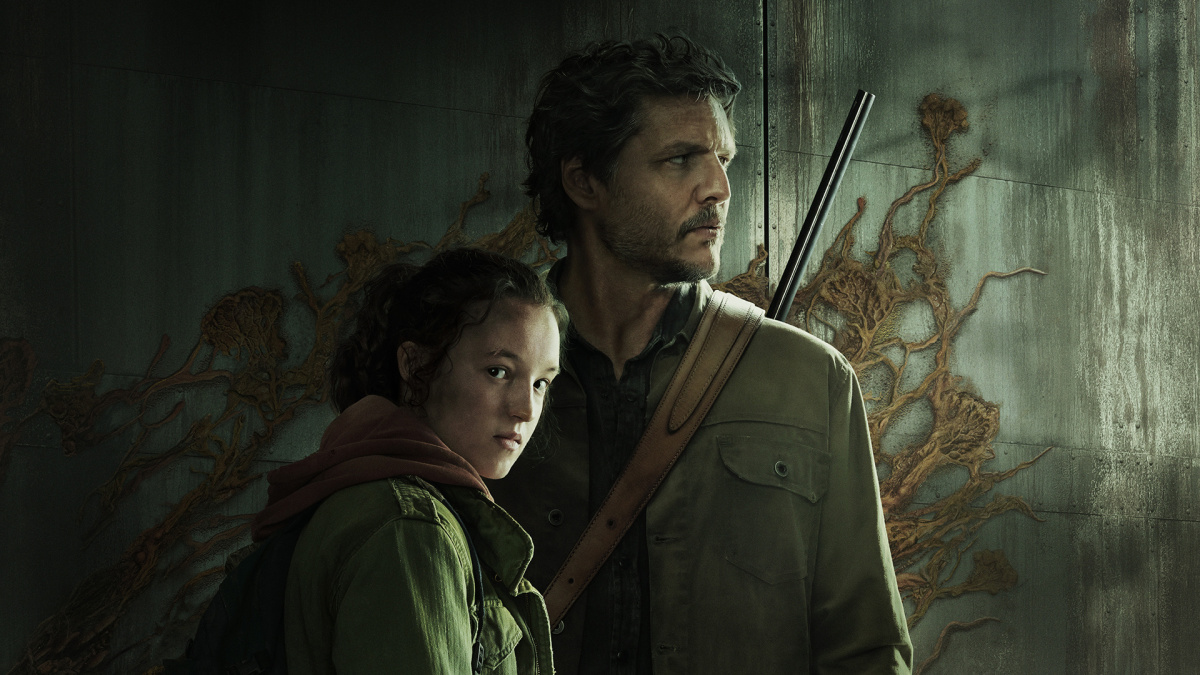 In the last few years, Pedro Pascal has become one of the most reliable charismatic actors in Hollywood, giving great performances in both movies and TV. His appearance as Joel in The Last of Us TV adaptation is the last example of his talents. Here are the 10 best Pedro Pascal roles, ranked.

The second installment of Wonder Woman (Gal Gadot) finds her fighting against Max Lord (Pascal) and Cheetah (Kristen Wiig) as a stone grants anyone who holds it wishes, including Diana’s, so she gets to see Steve Trevor (Chris Pine) again.

This pic wasn’t greatly received, as it lost a lot of the magic that made the first one special, and the story wasn’t thrilling nor magnetic enough to hold viewers’ attention for more than two hours. The fact that the film didn’t have a cinema release because of the pandemic didn’t help matters either, as the feature would’ve really benefited from being seen on as big a screen as possible.

Pascal plays the villain Max Lord, a man with shades of both Bernie Madoff and Donald Trump, giving one of the most nuanced performances in the whole film as his character is full of contradictions. Lord is greedy yet charismatic, full of bravado, yet feels like a fraud and obsessed with success, yet his son ends up being his priority.

9) If Beale Street Could Talk

Based on James Baldwin’s novel of the same name, the film follows Fonny (Stephen James) and Tish (Kiki Layne) as they fall in love and start a life together. When Fonny is falsely accused of rape, he goes to jail while Tish tries to prove his innocence.

Moonlight’s Barry Jenkins directed this beautiful, provocative, tragic film of this African American couple in 1970s Harlem. The movie was successful with critics and earned many awards, including a Best Supporting Actress Oscar award for Regina King.

Although Pascal’s role is a small one, it’s one of the most important, as his Pietro Alvarez, is the one that puts Fonny’s mother Sharon (Regina King) in contact with Victoria (Emily Rios), the woman who has accused her son of rape. Pascal decided to appear in the film as a way to work with Jenkins, and the bet paid off, as he shows a different acting flavor than what audiences usually see of him.

Five former Special Forces operatives decide to do one last job and rob $75 million from a South American drug lord. Even if they succeed, getting out might not be easy, and there could be some unintended consequences from stealing from one of the most dangerous men on the whole continent.

This action movie written and directed by J.C. Chandor has an incredible cast: Ben Affleck, Oscar Isaac, Charlie Hunnam, Garret Hedlund, Adria Arjona, and Pedro Pascal. The film has everything you’d hope for and more: a get-the-band-together scene, an incredible and thrilling heist, action, but also camaraderie, brotherhood, and survival in a movie that’s a lotmore than what meets the eye.

Pascal plays the team’s pilot, Francisco “Catfish” Morales. He’s not the biggest fan of the plan, but he’ll do anything for his military brothers, even if it means getting himself into precarious situations. Pascal shows the push-and-pull conflict the character has in every interaction with the team.

It looks like the five cast members had a blast filming the movie, and their camaraderie shines through the lens, making their performances even better.

After the Kingsman’s headquarters is blown up, its only survivors, “Eggsy” (Taron Egerton) and Merlin (Mark Strong), ask for help from their American counterpart, the Statesman. Together they must defeat the “Golden Circle” led by Poppy Adams (Julianne Moore).

The sequel to Kingsman was a disappointment, as they fell for the same trap most sequels do, trying to replicate the first film’s magic, but with everything being bigger and louder. Its greatest mistake was bringing back one of the most important characters from the first film. Harry’s (Colin Firth) death was the most dramatic moment of the whole franchise, and bringing him back for the sequel felt cheap.

It’s incredible that in a cast with actors as charismatic and famous as Channing Tatum, Halle Berry, Jeff Bridges, and Julianne Moore, Pascal plays the most memorable character of them all. He’s agent whiskey, in a role massively influenced by Burt Reynolds (mustache included). The actor steals the show as he’s one of the only grey characters with his motivations and internal logic, making him change from friend to foe in the movie’s last third.

6) The Unbearable Weight of Massive Talent

The Unbearable Weight of Massive Talent tells the story of a fictionalized version of Nicolas Cage (played by himself). It all starts when millionaire and super fan Javi Gutierrez (Pascal) makes him an offer he can’t refuse: they’ll star in a movie together, all expenses paid. When the CIA contacts Cage to tell him they think Gutierrez is a bad man, he decides to help.

This meta-comedy proves Nicolas Cage is in on the joke making an all-in gonzo performance. Although this is a Cage story through and through, it wouldn’t work without Pascal’s scene-stealing performance.

Pascal hasn’t worked in many comedies, but after this film, that might change as his supporting role here is incredible. The chemistry between Cage and Pascal is undeniable, and you feel like he’s enjoying his time playing with the Oscar-winner actor, as he’s a real fan, both in the film and in real life.

Din Djarin is a Mandalorian bounty hunter, who discovers his last assignment involves giving a wee child to the bad guys so they can experiment on him, so he decides to save him. That’s how The Mandalorian tells episodic stories for Din and Grogu, aka Baby Yoda, in Disney+’s first Star Wars miniseries success story.

The show created by Jon Favreau proved there was an appetite for Star Wars stories on the small screen, and was the start of a whole universe, as the characters have now crossed paths with Boba Fett, Ahsoka, and even… freaking Luke Skywalker!

Pascal’s role in The Mandalorian is a weird one, as his character is always with his helmet on as part of the Mandalorian creed, so the actor just provides the voice. His talents are proven greatly though, as he has to transmit every thought, and emotion with his voice only, a difficult feat that he nails.

Grogu is the show’s real star, and Pascal’s voice-acting is what makes everything in this charming relationship and the galaxy more believable and relatable.

Prospect was a small sci-fi indie film that should’ve gotten more recognition. The film tells the story of a father and daughter, Jay Duplass (Industry) and Sophie Thatcher (one of the young leads in Yellowjackets), who are searching for gems in an alien moon’s poisonous forest. There they find a rival prospector named Ezra (Pascal). Is he going to help them or try to kill them?

Even with its low budget, the film manages to create a great, dangerous alien planet with practical effects and resourcefulness. Prospect becomes a survival story halfway through the movie, and there’s been so much good characterization before that you feel for the leads and want them to succeed in leaving the dangerous moon.

Ezra’s Pascal is an enigmatic person, as audiences are never sure if they can trust him or not. He starts as a selfish, arrogant prick, but after something happens to one of the characters, he evolves, showing why he’s that way, and what his character is really like underneath.

Twenty years ago, a pandemic started, and anyone who was affected by fungus spores became infected and transformed into something horrible. In the present day, a teenager named Ellie (Bella Ramsey) is immune to the infection, so Joel (Pascal) tries to take her to a lab so they can create a vaccine.

Adapted from the video game of the same name, the show has high expectations, and from what we’ve seen so far, the TV series is working beautifully, creating a thrilling, scary, apocalyptic world anchored by great performances at its center.

Although The Last of Us just started, it’s already obvious that Pascal’s performance is going to be one of his best as he’s already shown many sides of his character on the pilot. He’s funny, proud, and worried in the first part of the episode, and develops into a different persona in the latter half; someone hardened and closed off who doesn’t feel anything, and is just trying to survive.

Game of Thrones tells the story of different characters and families in the Seven Kingdoms, especially the Starks, and what happens to them when there are questions about who should be the new king.

Death, dragons, incest, sword battles, white walkers, and more death. The George R.R. Martin adaptation became one of HBO’s most successful shows ever and, although the last season was so bad that people now renegade the series, it’s undeniable the show was a cultural phenomenon that made it into the mainstream.

This was the role that changed Pedro Pascal’s career forever. He went from being a guest star in shows like CSI, Nikita, or Revenge to headlining his own projects as his Oberyn Martell was magnetic, sexy, fearless, iconic, and vengeful, and his death was one of the most memorable in the show (and in Game of Thrones, that’s saying something). The series was so big that even though Pascal was only there for seven episodes, he got a new career out of it.

Narcos told the real story of the rise and fall of Colombian drug lord Pablo Escobar (Wagner Moura), and his ruthless tactics to get to the top. The story’s heroes were the two DEA agents who tried to stop him: Steve Murphy (Boyd Holbrook) and Javier Peña (Pascal).

The show was one of Netflix’s original series’ first successes, and even got a spin-off, Narcos: Mexico. Even though the show could’ve been a Wikipedia reenactment explaining all the facts in a really dry way, the creators and actors have made the series a visceral, unique, and adrenaline-fueled experience.

Pascal played real-life DEA agent Javier Peña during the show’s three seasons. In the first two, he was co-lead with Boyd Holbrook, and in the third, he got to be the leading man, as his character tries to catch the Cali Cartel. Pascal was all charisma in Narcos, proving he could be a TV show’s central protagonist, and has never looked back.