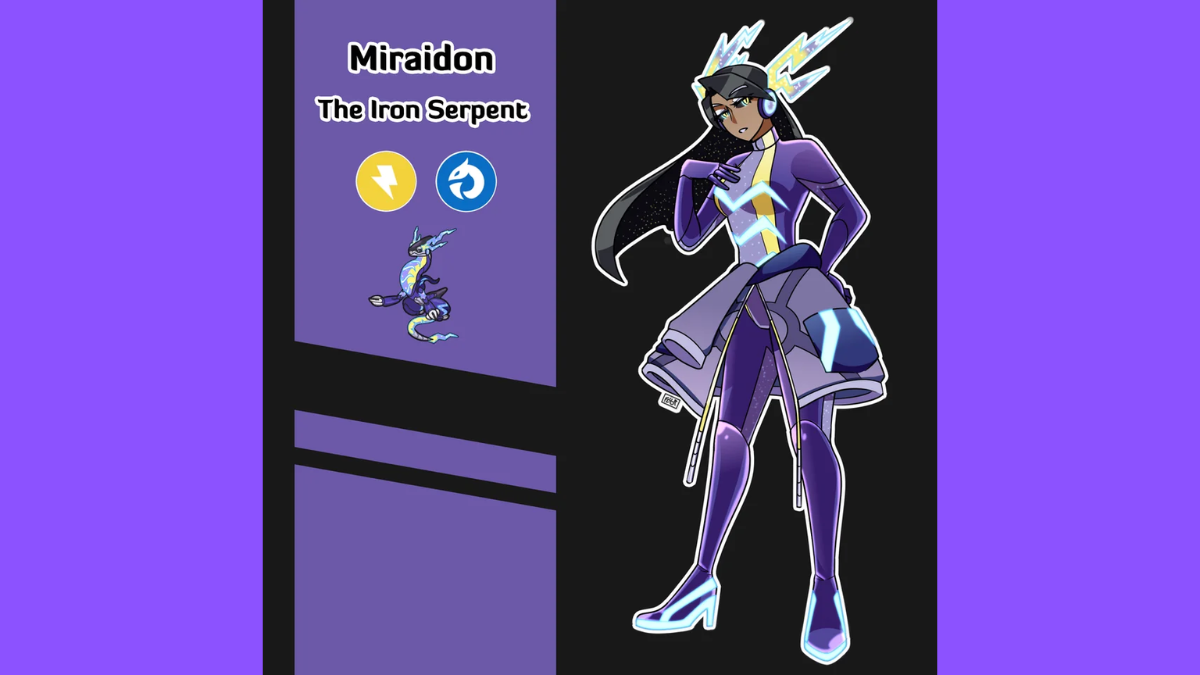 A few times in Pokémon’s past, characters have been created to look like a specific Pokémon on their team, with the Eevee brothers from the original anime series being a good example. Now that there are over 1000 Pokémon, there’s plenty of room for creating more characters based on ‘Mon from new regions. Reddit user FluorescenceFuture, better known as Fluor, decided to make a few characters to match generation 9 Pokémon, and the results are impressive.

Her art can be seen via a recent gallery post to the r/pokemon subreddit, with a total of 10 humanizations based on Koraidon, Miraidon, and a cast of other Pokémon from Paldea. She even writes a backstory for each one, detailing their involvement with other characters and their personalities.

It’s obvious that she has a similar creative flair to other fan artists we’ve covered, and we can only imagine what this artist could do if she worked for The Pokémon Company. Regardless of whether you like Scarlet or Violet more, you’re sure to enjoy these awesome characters.

Below is one of the 10 humanizations. Inspired by Kilowattrel and named Jaime, his backstory says he tries to mentor the next generation, although people don’t take him seriously. It’s quite a shame, because with the sharp way he dresses he could easily be a gym leader or a member of the Elite 4.

Hopefully this Reddit user has more compelling characters based on other gen 9 ‘Mons in the works, especially Paradox Pokémon and their present day counterparts. Those interested can follow Fluor’s other work via her Reddit page, Instagram, or Twitter. For more on all things Pokémon, we’ve got you covered with a slew of related articles down below.