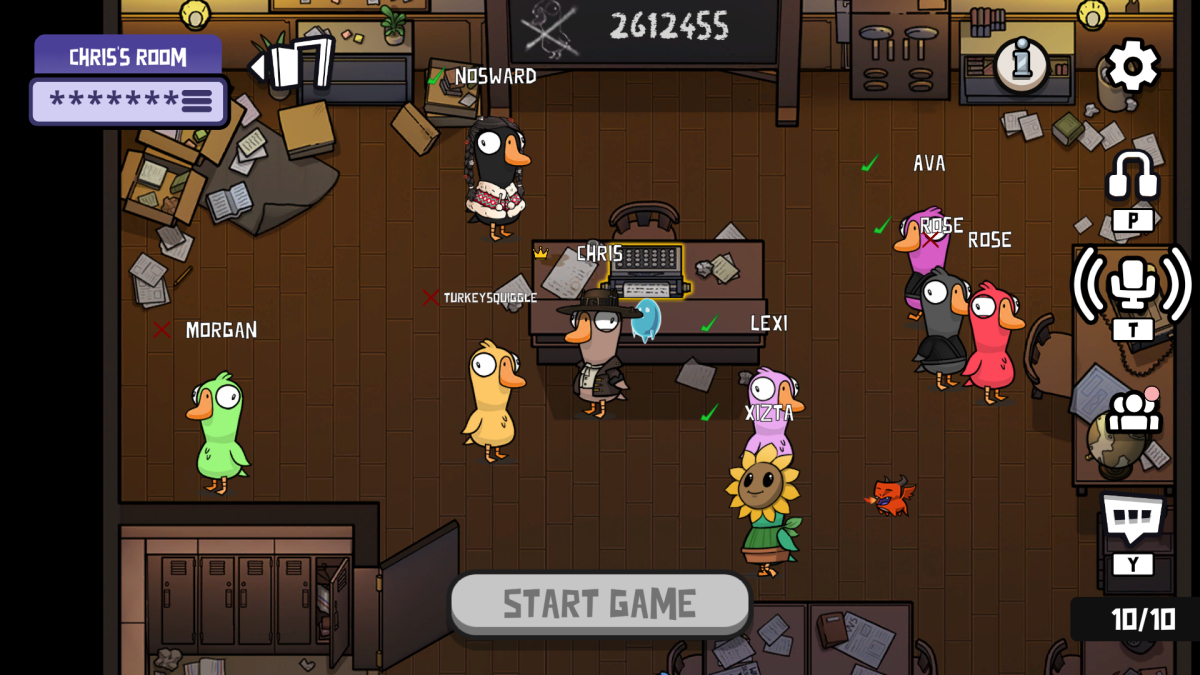 Goose Goose Duck is a brilliantly goofy and murder-fueled party game, closely resembling Among Us but with silly little birds. In it, a party of geese must perform tasks around a map whilst trying to deduce who the imposter (duck) is before they slaughter everyone within the match. If you’re thinking of picking up this fun title, you may be wondering how many different locations are present in the game to keep things interesting. To that end, here’s everything you need to know regarding how many maps are in Goose Goose Duck.

All Maps In Goose Goose Duck

As of Jan. 2023, there are currently eight maps total in Goose Goose Duck, offering you a handful of different murder venues for your good goose ventures and devious duck activities. We’ve provided complete breakdowns of each map in the game down below.

Blackswan is aa space station-themed map with narrow pathways between the rooms, making it tricky to squeeze past the hidden murderer unharmed. You’ll want to be careful not to stand in the Cargo Bay, too, as the Duck can activate the doors to suck you out into space.

The SS Mothergoose is a spaceship with short hallways and many different large rooms to hide in; or, if you’re not used to the map, find yourself lost in. Just as with the Blackswan map, SS Mothergoose has a Cargo Bay which the Duck can use to trap you and suck you out into space, so be careful when hanging around this area.

Nexus Colony is a space station map with two separate buildings you can teleport between, allowing for both survival or killing strategies when utilized properly. You’ll want to avoid standing on the shuttle platform in Nexus Colony for too long, though, as this can get you run over.

Mallard Manor is an elegant yet somewhat dark and spooky map that features aspects of, well, a manor. Who would’ve guessed? This map allows you to explore and perform tasks both inside the manor and outside in the surrounding land, with leaves and cabinets providing places to stealth it out and hide. You’ll want to be careful if you choose to hide in the toilet instead, though, as if another player flushes it while you’re inside, you’ll be flushed out into the lake.

Goosechapel is an old Victorian township-themed map, letting players wander the streets at night. Throughout Goosechapel, you will come across a variety of buildings you can enter to perform your tasks, as well as creepy alleyways you can use to hide out… or, if you’re the Duck, lure your victims into. I’m not sure about you, but this map in particular gives me some major Quack The Ripper vibes.

The Basement is a purple-toned, alchemy-themed underground area complete with narrow, tunnel-like pathways and peepholes that you can look through to observe adjacent rooms. On top of this, there are teleporters that will transports you to a random area of the map when used and torches that can be utilized to restore light to dark areas.

Despite this map’s aesthetically pleasing visuals, it’s as menacing a location as any, and you’ll want to beware the Sacrifice Bell. If it is Sabotaged, players must report a body before time runs out, or they’ll be forced to kill someone off.

Jungle Temple is pretty self explanatory as a map, taking place in a temple located in a jungle area with overgrown, moss-stained parts of the building on full display as you wander around. Similarly to the Basement map, you can use torches in Jungle Temple to provide light to areas of darkness. Be careful where you waddle though: The Duck can set death traps aplenty.

Ancient Sands is a map currently available exclusively to early-access players. Be sure to keep your eyes peeled, fellow geese people, as the Duck can sabotage a Mummy which will awaken and kill the closest player. Interestingly, there is also a mirror object which can be used to view other areas of the map without actually travelling there. Likewise, the outdoor areas of this map are spatially covered by sandstorms, making it very hard to see your other geese friends or the Duck in hiding.