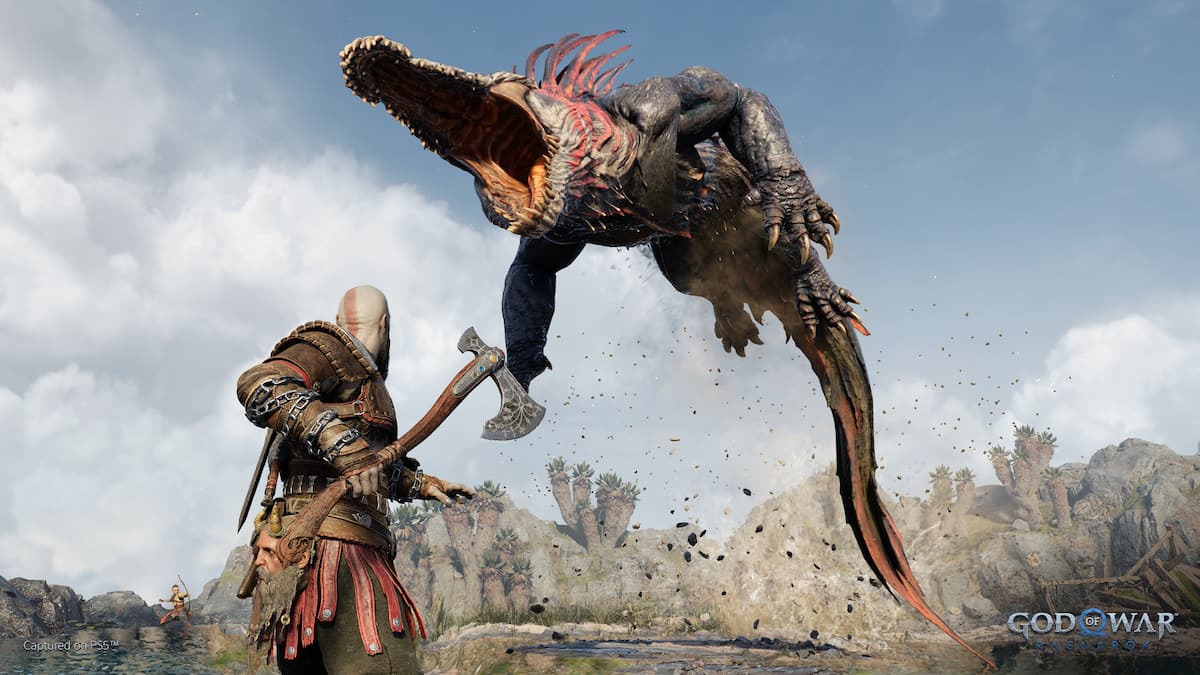 God of War: Ragnarok defined the standards for the gaming industry in terms of story-telling, graphics, and action sequences. Unfortunately, it is not available anywhere as it is a Playstation exclusive. If you’re on the other side of the pasture and using Microsoft’s console, here are the best games like God of War on Xbox.

Assassin’s Creed is a long-running franchise that ran away from its roots. Now a hack-and-slash open-world adventure game, Assassin’s Creed Valhalla and Odyssey overhauled the mechanics of previous entries in the series—and were better off for it. Both games took a more modern RPG approach to the stealthy combat, assigning gear various scores, and allowing players to level up the protagonist, take on various side quests and explore points of interest on the maps. In terms of setting, Valhalla focuses on the Nordic aspect of the world, while Odyssey focuses on the Greeks.

If you were to look at Assassin’s Creed Valhalla and Odyssey as individual games (not part of the A.C. Franchise), they are both decent and provide players ample playing time. They are both fun and action-packed, with a respectable storyline and that makes them strong games like God of War on Xbox for you to consider.

Hailing back from the time of its release, Dante’s Inferno set out to be a direct competitor to God of War. The gameplay relieves the glory days of an isometric action hack-and-slash, which was the original style of God of War. Taking inspiration from the popular book Inferno, Dante’s Inferno takes you on an adventure through the Nine Circles of Hell to rescue your lover.

There’s a lot of gameplay similarities to God of War here, like the weapon-progression system, how you unlock tools to help you traverse the battlefield, and many more.

The Middle-Earth Series is one of the games that we truly love. It is a fun open-world hack-and-slash that is reminiscent of the current God of War, albeit more flashy. Middle-Earth takes place in the beautiful world created by The Lord of The Rings franchise. If you’re a big fan of the movie or book franchise, you should try out this game.

One of the best mechanics we’ve ever experienced in a game is the Nemesis System, which is exclusively for the Middle-Earth series. The Nemesis Systems creates a hierarchy of the enemy bosses in-game. If a boss defeats you, they will go up in the hierarchy and be more powerful the next time you face them. Similarly, if you continue beating them repeatedly, they will become much weaker. They may even hold a grudge against you, leading to them trying to sabotage your next base raids.

Hellblade: Senua’s Sacrifice is an awesome game with beautiful graphics and storytelling, even for its age. The game does not hold your hand, and there’s no HUD, UI, or even a minimap. The story is well-written and sometimes makes you wonder if you’re playing a video game or watching a C.G.I. movie.

The combat is great and makes you feel a sense of terror because you don’t know where the enemies are, as you only have a vision of what’s within your field of view. The game portrays the feeling of having psychosis masterfully because its gameplay heavily revolves around the voices in your head. Hellblade defines immersion by providing you with a visual and audio masterpiece of a game.

Lords of the Fallen

If you like angry bald guys who thrive on the battlefield like Kratos, then you’ll love Harken from Lords of the Fallen. Lords of the Fallen is a hack-and-slash game that punishes players for being greedy regarding combat decisions. Although many people compare this game to Dark Souls, it feels more arcade-y than the series, which is why we’re lining it with God of War.

It has a loot system similar to Diablo that allows you to equip increasingly more powerful armor and weapons as you progress through the game. What we love about this game is its accessibility compared to games like God of War in Give me God of War difficulty. We’re definitely looking forward to the reboot of Lords of the Fallen.

Darksiders is a great series that heavily borrows mechanics from games like God of War and Zelda. Most notably, Darksiders 2 is the best entry in the series, with better bosses and mechanics than anything else in the franchise.

The RPG elements in Darksiders create an effective way of spicing up the generic hack-and-slash tropes. From its skill-learning system to the “acquire weapons after progressing at a certain point” mechanic, all of these features make the series one to remember and a must-play if you like God of War. Darksiders defines the standards for the arcade action-RPG genre.

The combat mechanics are also very similar to early God of War games. You collect weapons and power-ups as you progress through the game. Overall, Castlevania: Lord of Shadow is how developers should do reboots.